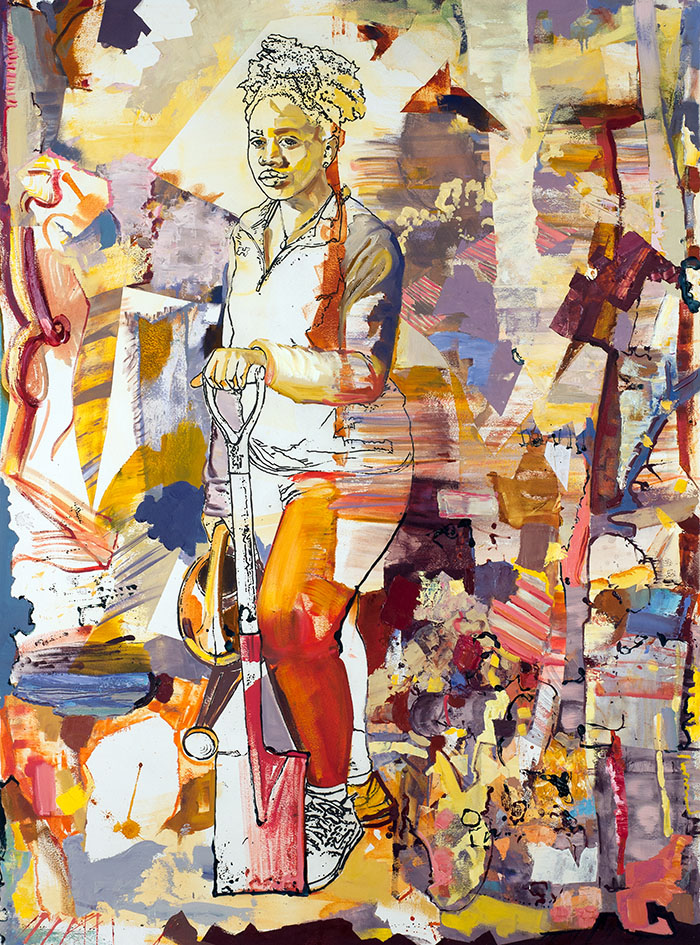 Artist’s Statement: The Labor Series is one series from my Coloring Book Portfolio, an ongoing set of art projects that move between studio practice and community engagement projects. For the Labor Series, I work with the mediums of painting, photography and digital drawing in order to generate imagery for relatively large oil paintings on paper. The line drawing I develop digitally for the paintings references a coloring book, a surface design eliciting the conflict between free agency and external control — a template for “coloring” inside and outside “the lines.”

The Labor Series creates and explores images of contemporary women engaged in simple tasks of hand labor. I am interested in how we are defined by and through the ‘things we carry’ — the physical, psychological and social markers of who we are. I portray young women in young adulthood, when we shift from being carried to having to carry. I am interested in the distance between what we pick up and what we must accomplish.

(Jump to collaboration by clicking professors) 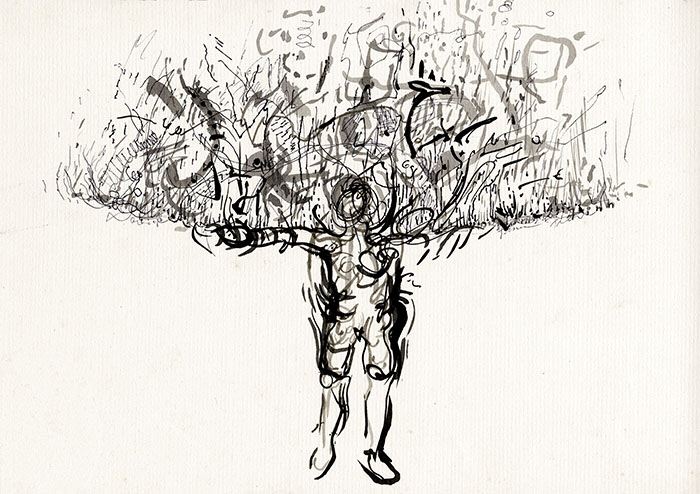 ARTIST BIO: David Finn has had more than 15 solo exhibitions and is the recipient of fellowship grants from the Bemis Foundation, New York Foundation for the Arts, North Carolina Arts Council and the National Endowment for the Arts. With an abiding focus on public art, he currently works with the project “Shadow Citizens” (on Instagram). Finn is an art professor and chair of the Department of Art, where he has taught sculpture since 1987.

When the Audience Tired, Little Richard would scold, “The beauty is still on duty.”

AUTHOR BIO: Associate Teaching Professor Eric Ekstrand (’07), author of “Laodicea” (Omnidawn, 2015), teaches first year writing and creative writing. Both his father and grandfather taught at the University’s medical school, and he lives with his husband, Danny. The poem first appeared in EcoTheoReview in 2015. 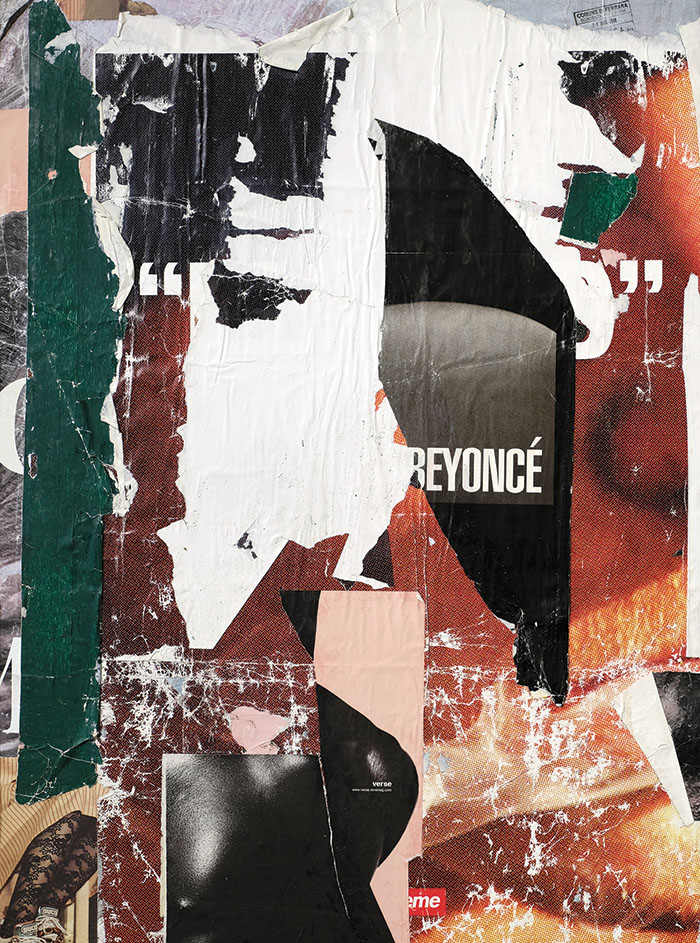 ABOUT THE ARTIST: Paul Bright is the director of the Charlotte and Philip Hanes Art Gallery at Wake Forest. An artist known for his paper collages and sound collages — while most of us take pictures, he says, "I 'take' sounds" — he has exhibited his work in the United States, England, Germany, Italy, Canada and Switzerland.

Notes on the Enclosure of Notes

AUTHOR BIO: Associate Professor of English Amy Catanzano is the author of three books and is known for exploring poetry in parallel to physics and cosmology. Catanzano’s second book, “Multiversal” (Fordham University Press, 2009), in which this poem appeared, received the PEN Center USA Literary Award in Poetry. She is also Poet-in-Residence. 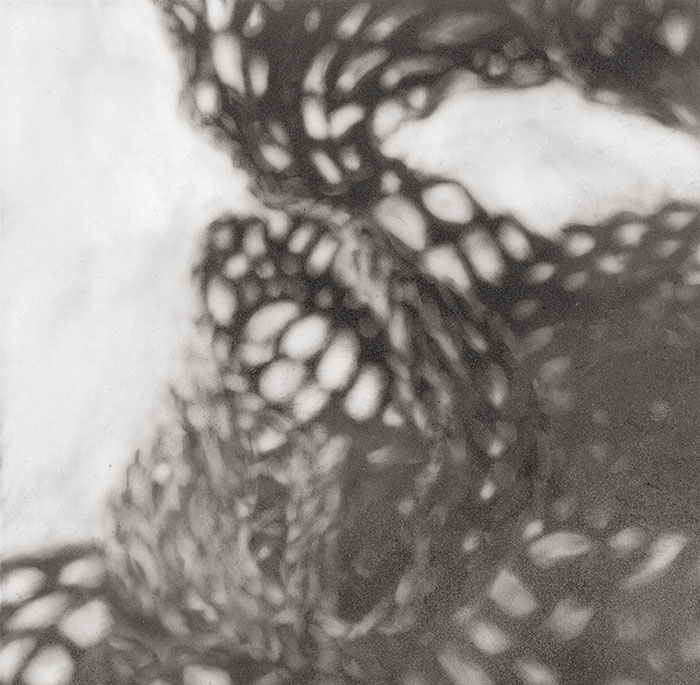 ARTIST BIO: Leigh Ann Hallberg teaches drawing at Wake Forest, where she is a teaching professor of art. Her artwork centers around her interest in human perception and our sense of space, semi-permeable membranes and the passage of time. 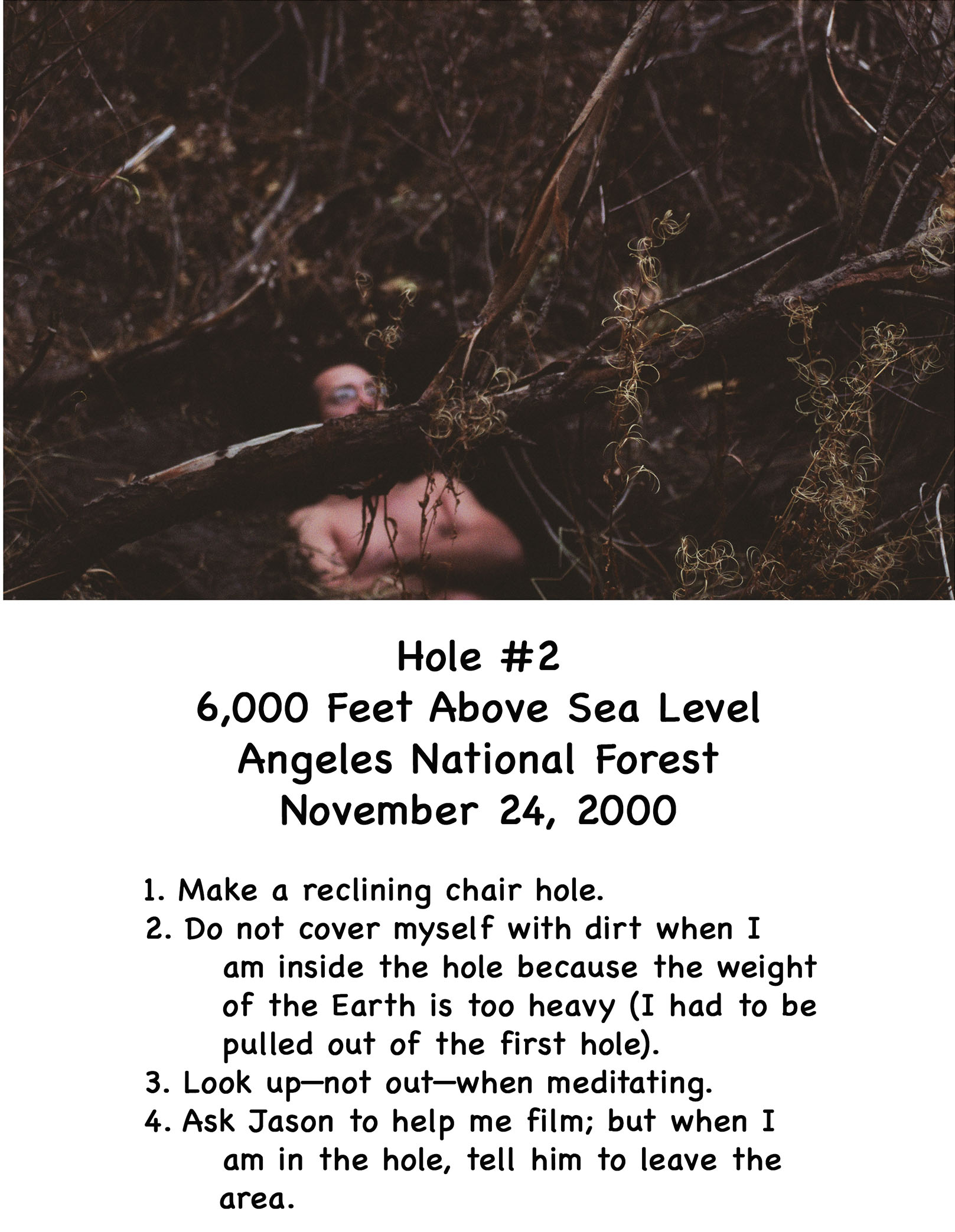 “Hole #2”, from the seven-channel video installation and photo/text series “Seven Attempts To Make A Ritual” by Joel Tauber.