K. Wayne Smith (’60) worked at the highest levels of government, industry and business, but still found time to return to Wake Forest to teach and help lead the University.

“Wake Forest was a university that took a chance on me when I was a very young man,” Smith once said of his allegiance to Wake Forest. “It allowed me to have a few more windows on the world than I would have had and gave me a system of values that have stood me in good stead.”

A longtime trustee and former chair of the board of trustees, Smith died Oct. 13, 2020. He was 82. He is survived by his wife of nearly 62 years, Audrey, and their son, Stuart.

“Wayne was an enormously helpful partner, mentor and friend,” said Wake Forest President Nathan O. Hatch. “He was a strong judge of people and understood university life and how best to steer a clear course.”

Smith received Wake Forest’s Distinguished Alumni Award in 1973 and the Medallion of Merit, the University’s highest award for service, in 2011.

Memorial gifts may be made to The Trinity Scholarship by K. Wayne Smith and Family, Wake Forest University, P.O. Box 7227, Winston-Salem, NC 27109. 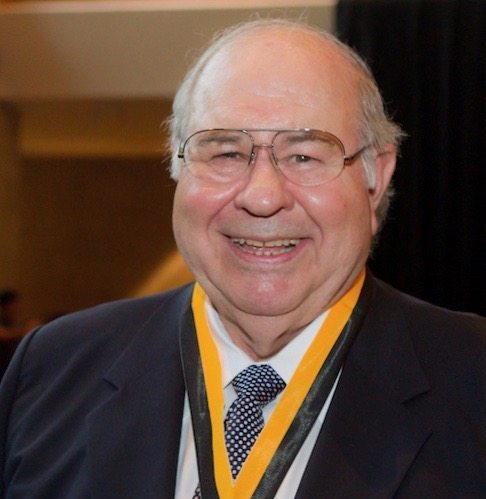 Smith grew up in Newton, North Carolina, and retired there after a long career that took him from Washington, D.C., to California. He was named to the University’s board of trustees in 1991 and named a Life Trustee in 2010. He was chair of the board from 2007 to 2009 and chair of the Presidential Search Committee that selected Hatch as the University’s new president in 2005. He also served on the boards of Wake Forest University Health Sciences and Wake Forest University Baptist Medical Center.

Smith grew up on his parents’ farm in Newton and received a Hankins Scholarship to attend Wake Forest. In 1992, he established his own scholarship at Wake Forest for undergraduates from four North Carolina mountain counties and the children of full-time employees of Online Computer Library Center, based in Ohio. Smith was CEO of OCLC when he established the scholarship.

“Thanks to the generosity of George Foster Hankins, I was the first person in my family to go to college,” Smith said in 1992. “This is a gift of love from me to my alma mater. It is restitution, it is paying interest on a huge debt that I will never be able to repay.” 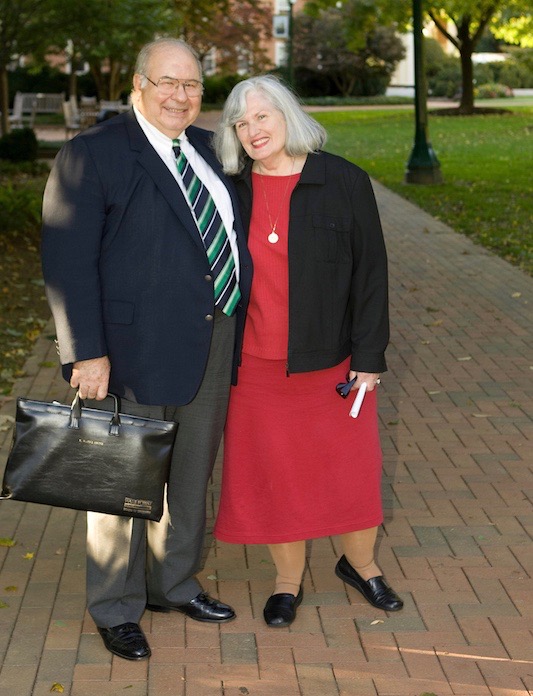 Smith taught at West Point for three years and worked on the one computer on campus, a gigantic General Electric machine that rivaled the size of a house. He also worked at the Pentagon’s Office of Systems Analysis, where he
caught the attention of Secretary of Defense Robert McNamara, and was hired as a special assistant to the assistant secretary of defense.

Smith left Washington in 1969 and moved to the West Coast to work for RAND Corp., a nonprofit research organization, where he was responsible for managing a multimillion-dollar research program dealing with national security.

Mutual acquaintances led Smith to Henry Kissinger, then the National Security Advisor. At age 31, Smith was named a senior staff member with the National Security Council. As director of program analysis, he reported directly to Kissinger on matters regarding military force and financial planning, arms control, security assistance plans and intelligence programs.

Smith helped Kissinger plan U.S. foreign policy on Vietnam, arms control talks with the Soviet Union during the Strategic Arms Limitation Talks and the resumption of diplomatic relations with China. 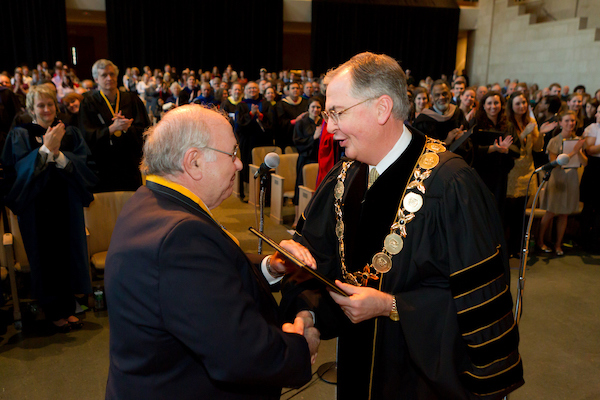 Smith often told the story of one of his first assignments for Kissinger in 1970. Tasked with assessing the North Vietnamese military systems in order to make a case for a ceasefire, Smith completed his analysis and turned it over to Kissinger.

Smith then got a call from Kissinger: “Wayne, this is not your best work.”

Smith revised the analysis and sent it back to Kissinger, who repeated his original message and told him to revise it again.

Finally, when Smith felt he could not do any more, he said, “Damn it, Henry! This is the best I can do.” “Okay, Wayne,” Kissinger replied. “I will now read your paper.”

In Kissinger’s 1979 book, “White House Years,” he credits Smith for his understanding and foresight. “The military conclusions of my systems analysis staff under Wayne Smith proved remarkably prescient,” and contributed greatly to secret negotiations with the North Vietnamese in 1971 and 1972, Kissinger wrote. 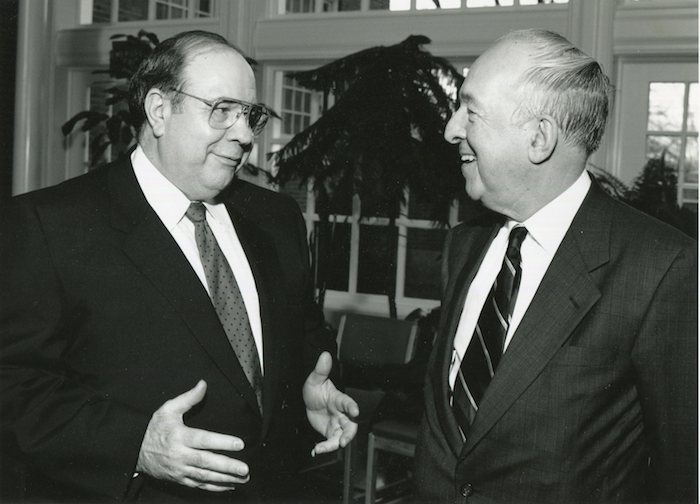 Smith left the National Security Council and returned to the West Coast as vice president of planning for Dart Industries, a Los Angeles-based conglomerate that included Tupperware and West Bend. He then spent a handful of years as the group managing partner at Coopers & Lybrand (now PricewaterhouseCoopers). In 1983, he was named chairman and CEO of World Book Inc., publisher of World Book Encyclopedia and Childcraft.

In 1986, he attempted to retire, but soon found himself consulting and teaching. Giving back to the place that opened so many doors for him, Smith began teaching a planning and leadership seminar in Wake Forest’s business school and a course on national security policy in the political science department. From 1989 until retiring in 1998, he was president and CEO of Online Computer Library Center, at the time the country’s most widely used computer bibliographic database.

Smith advised a wide spectrum of organizations in higher education, business, government and international relations. He served as chair of a United Nations Association Panel on Arms Control and as a senior consultant to the National Security Council, the departments of Defense, State and Energy, NASA and other federal agencies. Smith co-authored, with Alain C. Enthoven, the 1971 book, “How Much is Enough? Shaping the Defense Program, 1961-1969.”

He received numerous awards and accolades, including the Distinguished Service Award from the U.S. Department of Energy and the Outstanding Leadership Award from Dart Industries. 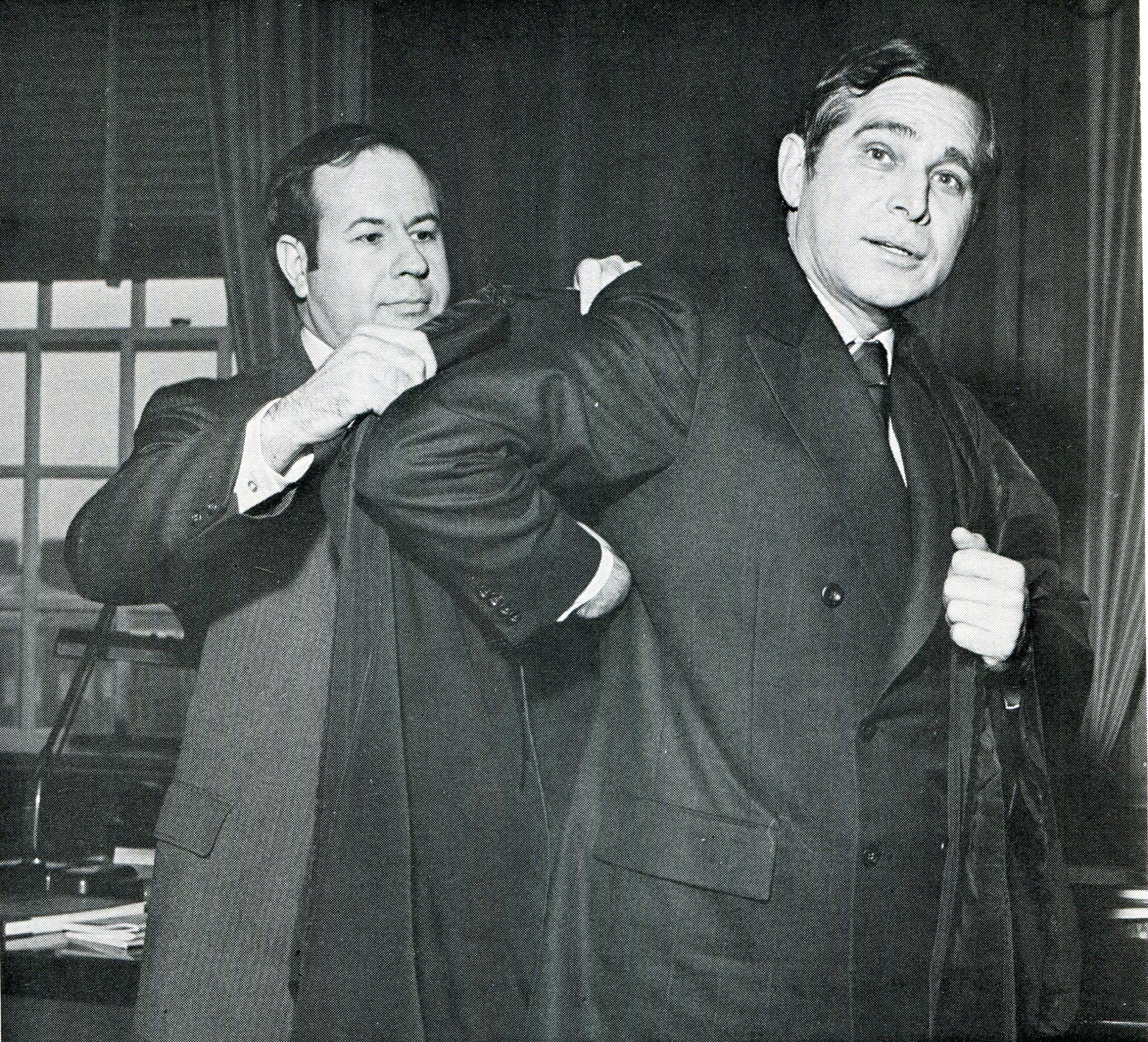 K. Wayne Smith, who spoke at Founders' Day Convocation in 1971, helps President James Ralph Scales with his robe before the program.