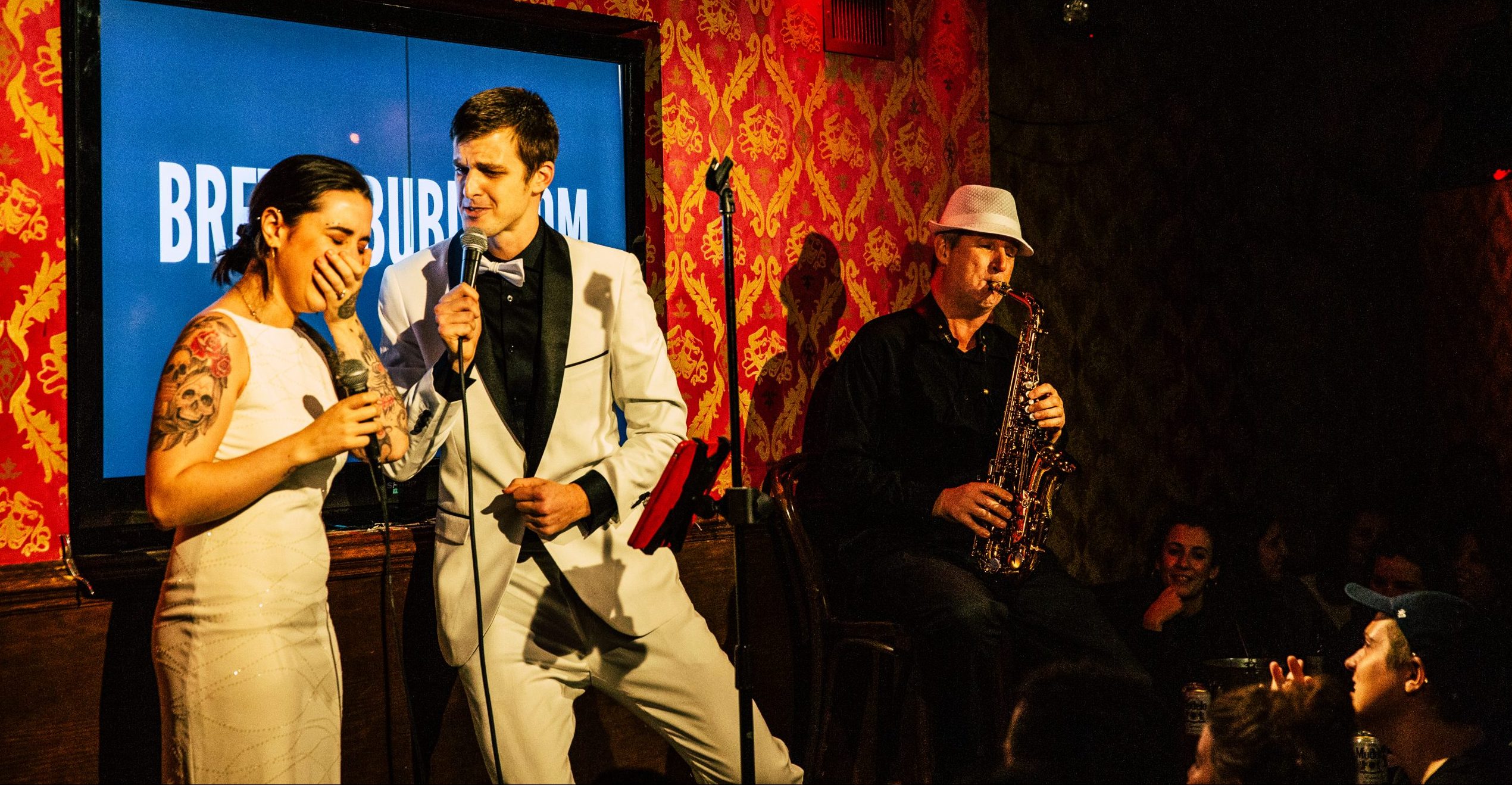 Bret Raybould ('14) cracks up singer Pepper Solana as he "sings" covers of Michael Bublé songs with her during his comedy special. Top, Raybould on stage earlier in the special before his vocal persona takes over.

Listening to Bret Raybould (’14) is an adventure, trying to guess how much he has embellished the truthiness on his journey to the punchline.

Don’t get hung up in the truth of the title.

“I love messing with people’s heads,” Raybould says in his special. “Here’s an easy one you can do. … Call up a friend. … And then when they answer ‘hello,’ just go, ‘Hey, now’s not a good time for me to talk.’ Hang up. They’ll be so confused.”

Perhaps less confused if they’re Raybould’s friends or family, who are regularly ambushed by his shenanigans and pranks.

In truth, what Raybould has accomplished is not easy in comedy. He dived in headfirst with The Lilting Banshees comedy troupe at Wake Forest and as an intern for Conan O’Brien’s TBS show. Until this year when the pandemic forced Raybould to cancel 3½ months of scheduled appearances, the 28-year-old had managed to make a living as a comedian on tour and in clubs in the competitive world of New York City, where he moved after graduation.

Wake Forest Magazine talked with Raybould about life as a comedian. These excerpts have been edited for length and clarity, but not embellished. Honestly.

(By the way, this interview is rated PG, but his special isn’t for youngsters.) 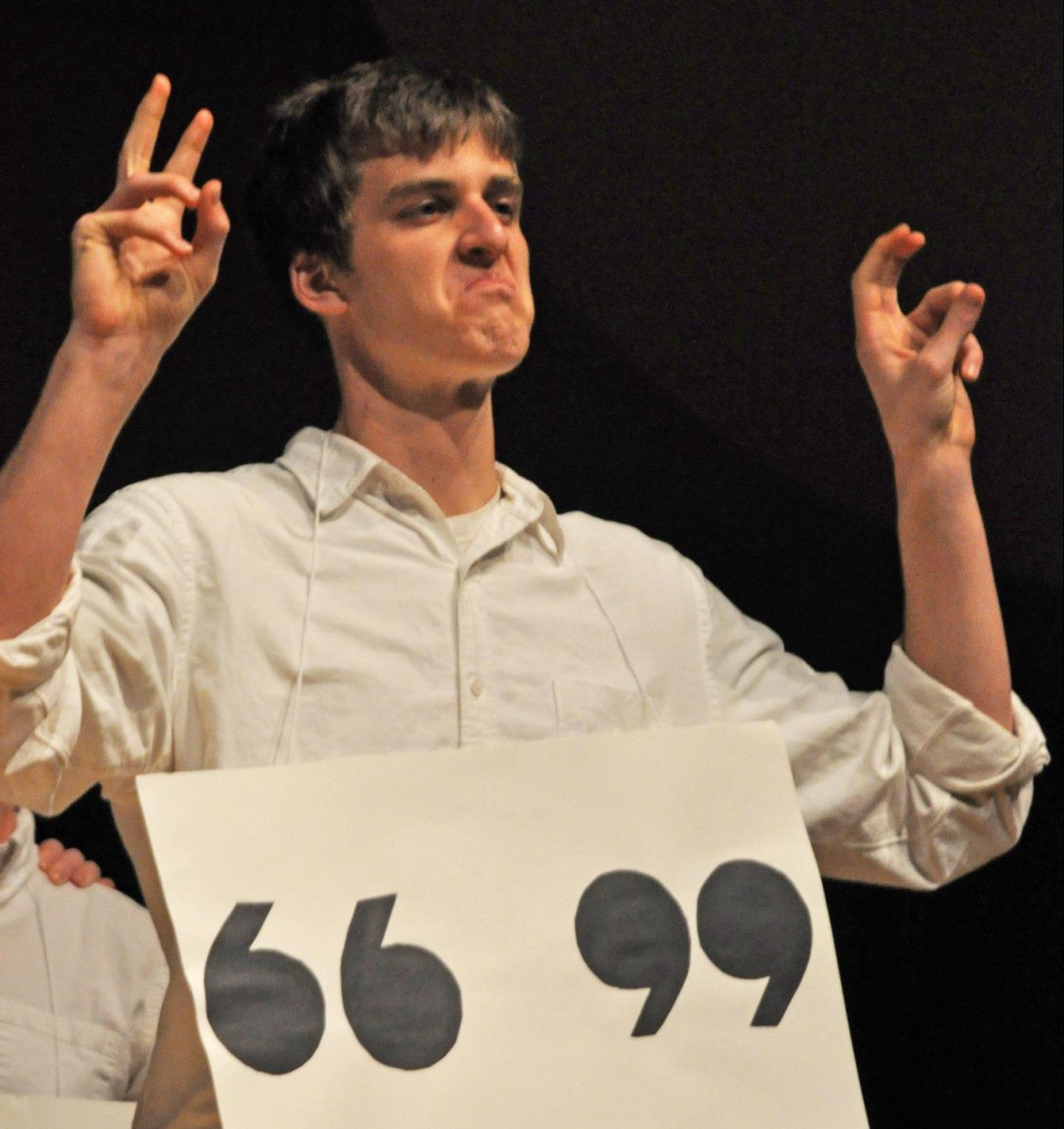 Raybould on stage during his Wake Forest days with The Lilting Banshees comedy troupe. Photos courtesy of Raybould.

Q. What role did The Lilting Banshees play in your career choice?

I had always loved comedy my whole life. I idolized Chris Farley, Conan O’Brien, Mel Brooks, Dave Chappelle. When I got to Wake and I learned there was a comedy troupe, it was a format I had to try at least to audition for. I knew I wanted to do comedy with my life because of that comedy troupe, in no small way. Our shows would sell out Brendle (Recital Hall), and, to this day, in terms of amount of people performed for, it still is the most. So you could argue I peaked.

Q. You majored in business. How did that help in your comedy career?

I’ve been fortunate enough to be full time for a few years. My brother (Jordan) and I have run our own tour company — he’s also a standup comic. Pursuing comedy is a super entrepreneurial venture. (I) knew how to sell tickets and make shows, be profitable and know which areas are better for hitting up and have targeted ads and all of that. So, the Wake business degree came in handy.

Q. How did you get started?

Immediately after graduating, I moved back home for two weeks where I proceeded to beat the video game, Grand Theft Auto V. Then I moved to New York City because it’s the Mecca for standup comedy. I knew it was the best place to develop. I got a job at NowThis, a media company that specializes in social video for social media networks, and I was an editor for about four years. Once I had saved up enough money, I had decided to pursue standup full time. I was able to scrap out and scrape by this ramshackle existence I call a living. (Since the pandemic, he has relied on freelance video editing again.)

Q. Talk about your comedy special.

I filmed the hour special last November, and I deliberately sat on it for a year ‘cause it’s kind of a Christmas special. There’s a tie-in to Michael Bublé, who is very holiday-centric. I did a cover album of Michael Bublé songs, and I would argue my covers of his songs are so iconic and transcendent and transformative that they actually now classify as the definitive versions. His versions now are just covers of mine. And I contend that that argument will hold up in court. (Fact check: Having seen a preview, this reporter can verify that his singing could be argued in court to violate noise ordinances.)

When I filmed my hour special, I reached out to WAKENewYork (alumni community), and they were very helpful in helping me move tickets. I sold out a 150-seat venue (in the Upper West Side). That was very special, and I’m truly forever indebted to what they helped me do. (The album will play all day Dec. 1 on SiriusXM radio.)

Raybould shows his ability to emote in this screenshot from his comedy special's video about his BretOnBublé cover album. The black and white photo adds to its historical significance and gravitas, as nothing else can.

Q. What was your internship with Conan O’Brien like?

It was almost an out-of-body experience being a 19-year-old as a monologue intern. We would read and scour the news and distill the news story (20 to 40) down to a one-sentence setup. (The writers) would write the funny part, the punchline. Watching someone that you looked up to your whole life saying words you wrote was the best. It was very cool.

He has (one of) my formative pieces of advice, which was, “If you work really hard and you’re kind, amazing things will happen.” And that was a piece of advice that I attempted to, or hope to, internalize as the right way to pursue standup and just life.

Q. What is your approach to standup?

Every story comes from, at a minimum, a truthful starting point. Obviously for the sake of entertainment, you might take a couple of creative liberties.

It’s really important to find a way to make your comedy be universal. No matter who you are, where you come from, what you believe, etc., you can find this funny. I pride myself on being a comic that can work any room. If you keep it real and are honest and are respectful, people can disagree with you and still laugh. I don’t think how you vote overrides who you are as a person, and I sometimes think that has gotten lost in this era.

Q. How do you determine how off-color or out of bounds you go? (His shows include occasional profanity and sexual and body function jokes.)

You do want to be fearless, and you don’t want to censor yourself. With that said, what’s awesome about standup comedy, and it’s kind of unique to this art form, is you can attempt any joke and the audience will be your proofreader. So if it isn’t as funny as it might be off color, they’ll let you know, with just silence. Just listen to the audience.

Q. What have you learned from doing comedy?

It isn’t my saying, but success is the ability to go from failure to failure without losing any enthusiasm. I haven’t lost my love for doing it. A lot of people focus on “making it,” like the rewards, maybe more money or more fame. I think more people should focus on making the actual thing they love rather than trying to use it as a means to an end. I’ve been good about focusing on making it — making the stuff I want to make.

Q. How has your family responded to you and Jordan becoming comedians?

They’ve been very supportive. (His father is a doctor; his mother worked in furniture restoration and was a full-time mom. Bret is the youngest of five, including a brother who is chief legal counsel for a U.S. senator; a sister who is an infectious disease doctor working COVID rounds, and a sister who is an oncology doctor who competed on “Survivor: David vs. Goliath.”)

“(Working in standup) with someone who you’re as tightly connected to as a brother has been very important and helpful,” Bret says of Jordan, a former broker on Wall Street. 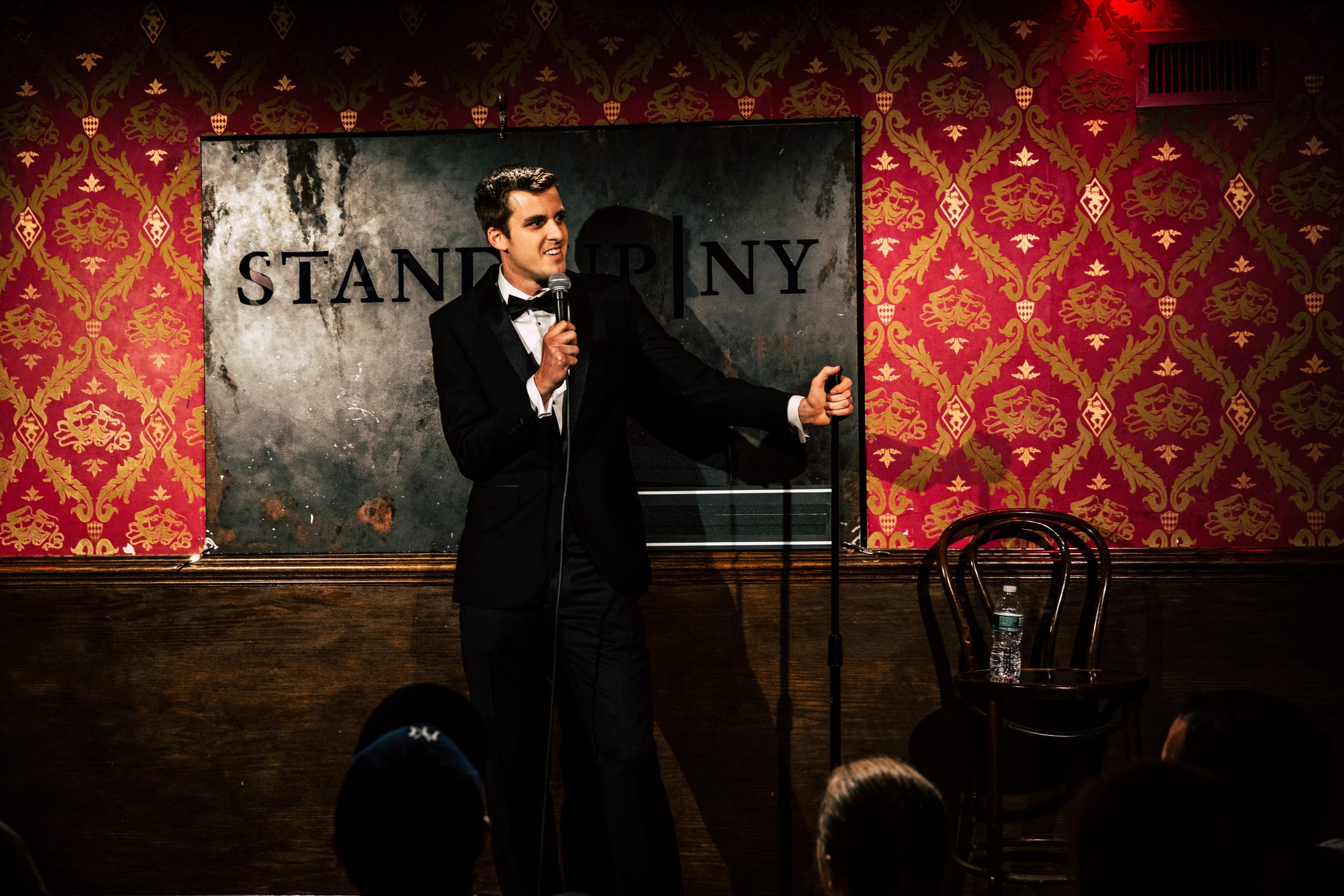 Raybould's first remark on stage for his comedy special is "Welp, this better be good," followed by, "See none of you got my memo about the dress code, supposed to be a black-tie affair for all of us."

Q. What’s next, after your special goes viral?

A friend and I wrote a feature-length comedy that we’re really proud of, and we’re starting to try to plan out to film it this summer. One of the challenges with that is money. My business degree is directly tied in with this — I’m launching a thing called BretTrade.com. I will be the world’s first publicly traded comedian.

People will be able to buy and sell shares of Bret coin. We will be doing an initial IBO, which is an Initial Bret Offering, of 100,000 shares, valued at 50 cents a share. That’s a steal. If you think I stink at comedy, then short the stock. If you think I’m good, then I tell people, “Put your money where my mouth is.”

I ain’t never going to stop doing comedy, so this is the ground floor, or some might argue rock bottom, but get in while the gettin’s good.