I’m a planner.  I make one- and five-year career goals. I eat M&Ms in a particular order (brown, red, orange, yellow, green, blue).  I take comfort in having a set path because it feels a lot like having direction. So, I think that many of my friends were surprised when I announced that the totality of my post-grad plans was — move to New York City. 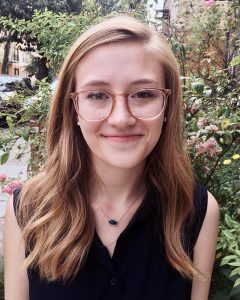 I’m aware that “move to New York City” is a cliché post-grad plan, so let me explain. I grew up in Winston-Salem. My Wake Forest bubble included my dad — a professor of biochemistry — and my younger brother. I was one of a half-dozen people from my high school graduating class who went to Wake (my brother was one of 17). For me, going to college was not an experience of leaving home but one of welcoming new people into my life. So, upon graduation, inspired by the fantasy of hanging out with the great literary minds of tomorrow and the ethos of the Chicks’ (née Dixie Chicks) “Wide Open Spaces,” I picked the anti-Winston-Salem of cities. And, OK, that does make it more cliché.

I spent a month unemployed and stressed, living out of my mom’s Nissan Altima and various Airbnbs. I had expected my journey to be chaotic, so I was mostly prepared. Even though the plan was to survive on 99-cent pizza, it was still a plan. What I wasn’t really prepared for was the isolation — the way physical separation from the people I loved made me feel like a delicate kite at the end of a 560-mile-long string.

Eventually, I found an apartment and a job as an editor at a trade magazine, though I also realized that I had romanticized some of the charms of the city. The anonymity of being one of 8 million was isolating rather than freeing. While I found joy in small, uniquely New York moments — running down the streets of Brooklyn to ballet class to “Modern Love” (like Frances Ha), listening to David Sedaris’ “Santaland Diaries” in Herald Square Macy’s — it was difficult for me to find a space of belonging.

When I thought back to my time at Wake, I remembered how I had made friends through volunteering, so I signed up to be an SAT tutor for underserved high schoolers with New York Cares. Because of the students’ schedule, I had to run to Penn Station right after work and take a train to Washington Heights, inhaling a protein bar on the way as my dinner. Still, it was the best part of my week.

Soon after, a compassionate Wake Forest alumna encouraged me to try volunteering at the Queens Public Library after I told her what a solace the library had been to me during my first month in the city. It was another success. Not only did I find a lively group of book shelvers and construction paper artists, but I also discovered a deep love for library science. Serving my community is ultimately what led me to the New York I imagined: a place where I could follow my passions alongside new friends.

In March, when COVID-19 shut down New York, I was reminded of the isolation I felt during my first few months in the city. Once again, the relationships that made my life meaningful were relegated to emails, texts and video calls — as if they had become long-distance. This time, though, I knew the secret.

Even though in-person service is limited right now, the qualities of volunteerism are not. I have found that acting with kindness and extending support to those who need it has been the way to endure this period of forced solitude. Compassion isn’t limited by distance — whether it’s 6 feet or 560 miles.

Sophie Hollis (’19) is the managing editorial director of Mann Publications and the editor of the Fashion Mannuscript, a trade magazine based in New York’s Garment District. At Wake Forest, she received the H. Broadus Jones Senior Award for Excellence in English. She lives in New York City.