In August 2012, Nathan Hatch’s national peers tapped him to chair the NCAA Division I board of directors during a turbulent time for college athletics and its highest level division.

“We were in a free fall,” Kevin White, former Notre Dame athletic director and current athletic director at Duke University, said of Division I. “We were the most vulnerable in our history. The whole organization was ready to combust. It was a mess.”

On the line was whether the wealthier “Power Five” conferences — the ACC, Big Ten, Big 12, Pac-12 and SEC, plus independent Notre Dame — would stay in the NCAA. These 65 schools had greater revenues — from television and bowl revenues and football and basketball attendance — and desired more freedom to direct their resources to athletes, but their departure would destabilize college athletics. Among Division I’s 345 schools at the time, all schools had an equal vote in rulemaking, which meant non-Power Five schools could control the agenda. The backdrop included growing criticism of college sports, congressional scrutiny and lawsuits. Finding an answer to keep the Power Five in the NCAA while accounting for the needs of smaller conferences would require patience, diplomacy and the wisdom of Solomon.

“He was chair of the NCAA probably in as volatile a time as we have experienced,” said Ron Wellman (P ’98, ’01), retired Wake Forest athletics director. “The issue was in the queue before he became chair. He knew what he was getting into, and he knew he could provide the leadership that was critical at that particular time.” 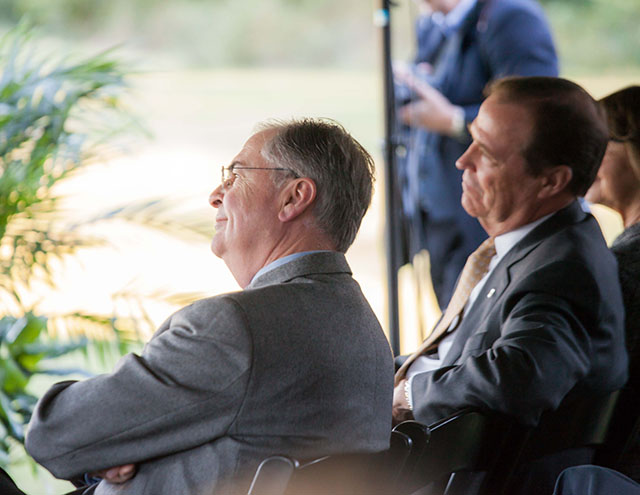 The multiyear process produced numerous hearings to gather opinions and perspectives. At one meeting, 25 groups presented their views to the board of directors. At another meeting, an audience of 800 offered individual opinions. At the spring 2015 meeting led by Hatch, 300 athletic directors filled the room to discuss the resolutions.

“He took us through our most dramatic, historical market correction,” White said.

“If there was success,” Hatch said, “it had to do with the committee getting to know one another and trust one another. If there was one lesson I learned, it is that often in conflictive situations, you win by losing or by being open to change.”

“He doesn’t let his ego get in the way of the endpoint. It’s not about Nathan; it’s about what’s right.”

Throughout the process, Hatch worked to keep the student-athlete at the forefront of the conversation. It’s a perspective Hatch “never loses,” said John Swofford, recently retired commissioner of the ACC. “In today’s world of big dollars and commercialism, that can very easily happen. He won’t allow that to happen; that’s one of the reasons people have so much confidence in him.”

Perhaps predictably, not everyone was happy with the outcomes, but Hatch was praised for his leadership in the midst of a complicated situation.

“He is highly respected from a national standpoint,” said Swofford. “He doesn’t let his ego get in the way of the endpoint. It’s not about Nathan; it’s about what’s right.”

“It was a case study to watch Nathan via his unique, well-seasoned, almost pastoral leadership, reinvent the entire NCAA,” said Duke’s White. “It’s amazing what he accomplished.”

“You almost can’t overstate his role,” said Mark Emmert (P ’01), president of the NCAA. “Nathan was, in many ways, the perfect person for the task, and maybe, the indispensable person on the board right then. It was an incredibly important moment that required an extremely talented, deft hand in dealing with challenges that literally probably saved Division I from implosion.”

NOTE: The article above is part of a larger feature celebrating Dr. Hatch’s tenure at Wake Forest. You can read the full story by clicking the link below: 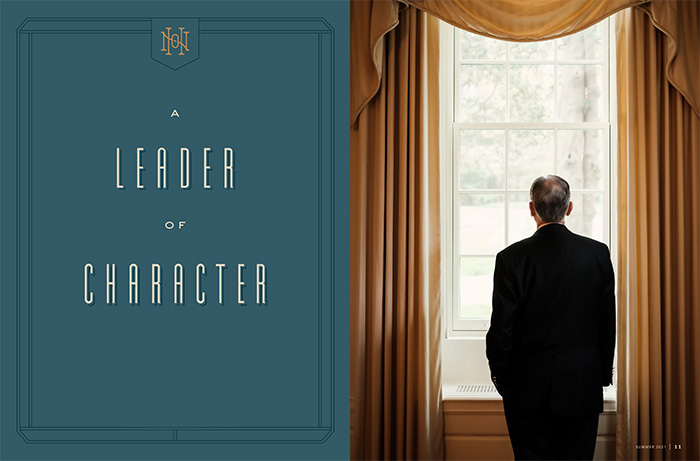