During the COVID-19 pandemic, chairs of Wake Forest’s undergraduate departments reached out to connect — virtually — with alumni who majored in those departments. Department chairs reached nearly 1,200 alumni through “Chats with the Chairs” over Zoom to highlight the teaching and research occurring even in the midst of the pandemic.

Alumni connected with current and retired professors in other ways, too. Many alumni reflected on the value of their education and decided to honor professors and departments by making new or increased gifts. Three alumni share their stories of why they gave back to their undergraduate departments, decades after they graduated: 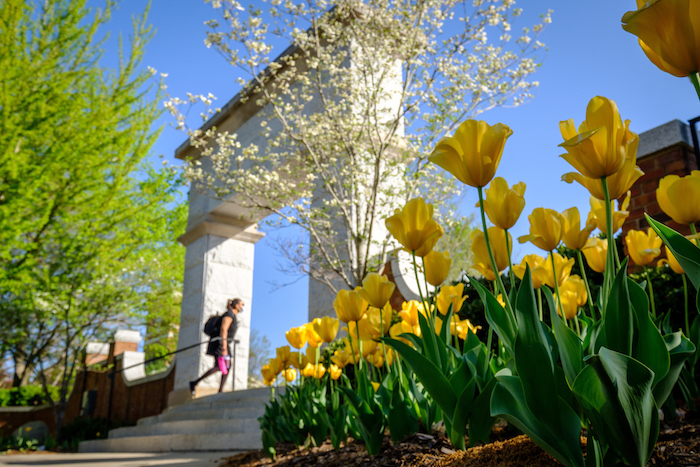 Randall Ledford (’72, P ’02) found a home in Salem Hall where his physics professors — Bill Kerr, Howard Shields, the late Thomas Turner and the late Jack Williams (P ’86) — took him under their wings.

“They stimulated my intellectual curiosity, changing the way I thought about the world. It was the first time I was challenged,” said Ledford, who lives in Frisco, Texas. “They brought a blend of raw science and melded it with humanity and caring about someone enough that they would come to my room to check on me.”

They were “true teachers that molded me into the person I became.” Ledford, 71, retired in 2015 as senior vice president and chief technology officer of Emerson Electric Company.

Ledford grew up in Maryland and received the George Foster Hankins Scholarship to Wake Forest. He earned a Ph.D. in nuclear physics at Duke University and was a vice president at Texas Instruments before spending 24 years at Emerson. He received the physics department’s Distinguished Alumni Award in 2019 for his professional achievements and service to the department.

As he advanced in his career, he made gifts to the University and physics department before deciding in the late 1990s that he could do more and funded a scholarship for students majoring in physics. “You can do both,” he said, “support the University and a department that has a special memory.”

“You can do both, support the University and a department that has a special memory.”

Since then, he has endowed three additional scholarships. One scholarship is awarded each year to an entering freshman intending to major in physics or biophysics, alternating between a need-based award for a North Carolina student and a merit-based award available to any student.

“I was lucky to be able to go to college,” Ledford said. “My father passed away early, and my mother was unemployed. I’ve often said to my wife and children (including daughter Jennifer Ledford Bentley ’02) that my gifts to Wake Forest are just paying my tuition late.”

Dany Kim-Shapiro, chair of physics and Harbert Family Distinguished Chair for Excellence in Teaching and Scholarship, said Ledford’s support helps attract outstanding students to the department and elevates the status of the department. “He has also been an inspiration to our students and faculty as someone who started with modest means and became enormously successful and then gave back to the department and University.” 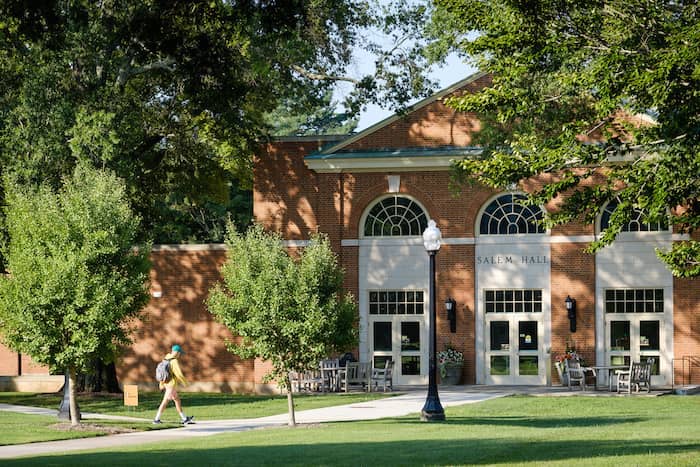 For Susan Hutchins Greene (’74, P ’00) and Hugh Greene (’75, P ’00), their experience as religion majors helped shape them and has stayed with them, even 50 years later. Personal relationships with professors, including Fred Horton, Charles Talbert, Ralph Wood (P ’95), the late Bill Angell (’41, P ’72) and the late Carlton Mitchell (’43), had a profound impact on their lives.

“The Wake Forest experience in general, and in the religion department specifically, transformed my world view,” Hugh said. “My life was not the same. It opened my world view to include social justice and equality and how one’s spiritual life impacts one’s desire to have an impact on the world and the people around us.”

The Greenes established the Susan Hutchins Greene and Hugh Greene Fund for Academic Excellence in the Department for the Study of Religions. The fund will support student and faculty research, travel to sites of religious significance and innovative course development. “We feel like we’ve begun a new relationship with religious studies and learning how this force in history shapes lives today,” Susan said.

Hugh, 68, retired in 2019 as CEO and president of Baptist Health of Northeast Florida in Jacksonville. Susan, 69, received awards for her humanitarian service and support of the arts in Jacksonville before she and Hugh retired to Asheville, North Carolina. She is a past member of the College Board of Visitors. Hugh is a past member of the School of Divinity Board of Visitors.

The religion department has more diverse students, faculty and course offerings today, Susan noted, but she sees students still confronting many of the questions that she and Hugh confronted in the 1970s. “Students may have different faith traditions or no tradition, but I still see conversations happening in the same way today, but with greater freedom to ask questions and have those conversations.”

Reengaging with the department has “helped us understand who the faculty are and how the courses have evolved,” Hugh said. “It was fairly traditional in the ’70s, and now there are a plethora of options for students to choose from. It’s indicative of how responsive students are to broader opportunities.” 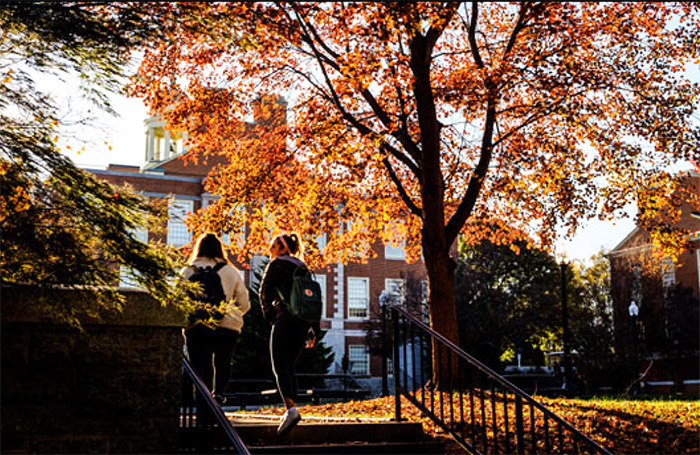 It’s been 40 years since Susan Darnell Rector (’81) climbed to the top floor of the Z. Smith Reynolds Library, where the economics department was then, for classes with professors Claire (P ’08) and Dan (’72, P ’08) Hammond and John Moorhouse. An economics major, she still remembers and appreciates their impact on her life and career.

“You gain a sense of perspective when it’s so far removed,” said Rector, who went on to graduate from law school at the University of North Carolina at Chapel Hill and is a partner at Peterson Connors LLP in Dublin, Ohio. “I’ve been gone so long, and the faculty has turned over, but I do remember Professor Moorhouse and the Hammonds.”

After reconnecting with the economics department, she funded the Rector Academic Excellence Fund for Economics to create the Claire and Daniel Hammond Economics Awards. The awards recognize a graduating economics student and a faculty member each year. The award was presented to a graduating student for the first time in May.

“Wake Forest provided a great education and grounding, and they (Claire and Dan Hammonds) were great role models through their professional demeanor and intellectual rigor. The basic economic concepts I learned help me make sense of the world. I gained an appreciation of the role of policy and regulations that is important in my legal practice. I learned critical thinking skills that made me a thoughtful, deliberate decision maker, for all of which I am grateful.”