Alumni gifts are funding endowments for the Thane McDonald Wake Forest Choir Tour Fund and the James Dodding Theatre Scholarship, part of the Wake the Arts initiative to increase support for the arts.

Touring and performing with the Wake Forest choir in the late 1950s and early 1960s was a life-changing experience for Frank and Kathy Bragg. They met in the choir, which performed everywhere from small churches in North Carolina to the National Cathedral in Washington, D.C.

The Braggs credit much of their experience to the late choir director Thane McDonald, who cared deeply about his students and who changed lives through choral music. McDonald was director of music and chair of the music department from 1941 until 1975. The Braggs have endowed a fund to honor McDonald and give the Wake Forest Chamber Choir more opportunities to travel and engage with alumni around the country.

They hope the experience will create lasting memories for choir members as it did for them, said Kathy Bragg (’62, P ’88, ’90, ’93). “We’d like for this to be an enriching experience for students to share their music and nurture a lifelong love for music through the opportunities to travel and sing this caliber of music. It was a wonderful experience (for us) to be in a variety of settings, from the Washington cathedral to the smallest country church in rural North Carolina.”

Touring with the choir was an important part of his college experience, said Frank Bragg (’61, P ’88, ’90, ’93), who grew up singing gospel music. “Being exposed to wonderful voices and to classical music was a life-changing event for me. The touring choir was a wonderful ‘ambassador’ for Wake Forest. The idea of going to communities and spreading good music and goodwill for the University was one of the reasons we wanted to support the touring choir.” 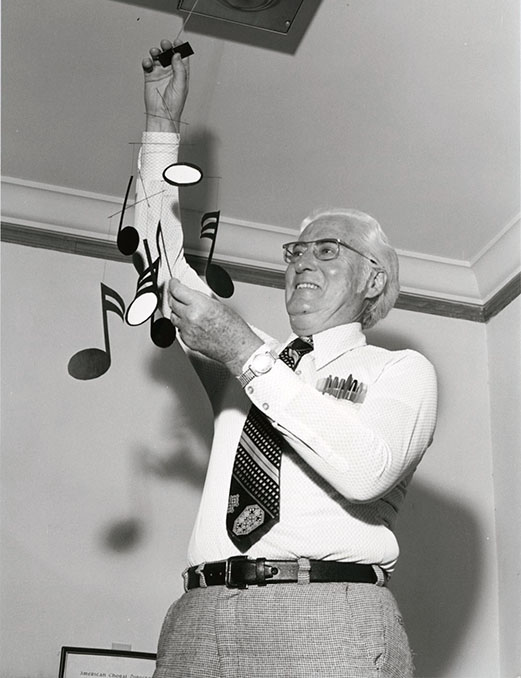 Thane McDonald was director of music and chair of the music department from 1941 until 1975.

The McDonald fund will allow the Chamber Choir to tour annually, with an international trip every fourth year, and cover more of the costs for the 32 to 40 students in the choir. While the choir has gone on international tours every other year in the past, students have often had to pay their own way. The goal is to eventually cover all the costs for students as the fund receives additional gifts.

Traveling, collaborating with other musicians, and singing a wide variety of music in often-historic venues in the United States and abroad is part of providing students a well-rounded education, said Chris Gilliam, assistant professor of music and director of choral activities.

The choir will take a week-long tour in May, with performances of classical, sacred and contemporary music in Charleston, South Carolina (May 7 and 8); Savannah, Georgia (May 8); and Winter Park (May 9), Tampa (May 11) and Key West (May 12), Florida. More details on the 2022 Chamber Choir Tour.

When McDonald retired in 1975, he estimated that he had directed 1,000 performances by the Wake Forest glee club, chapel choir and touring choir. He died in 1978. “He was so passionate and enthusiastic about music and the choir,” Kathy Bragg said. “His expectations were high, but he knew we could do it.” 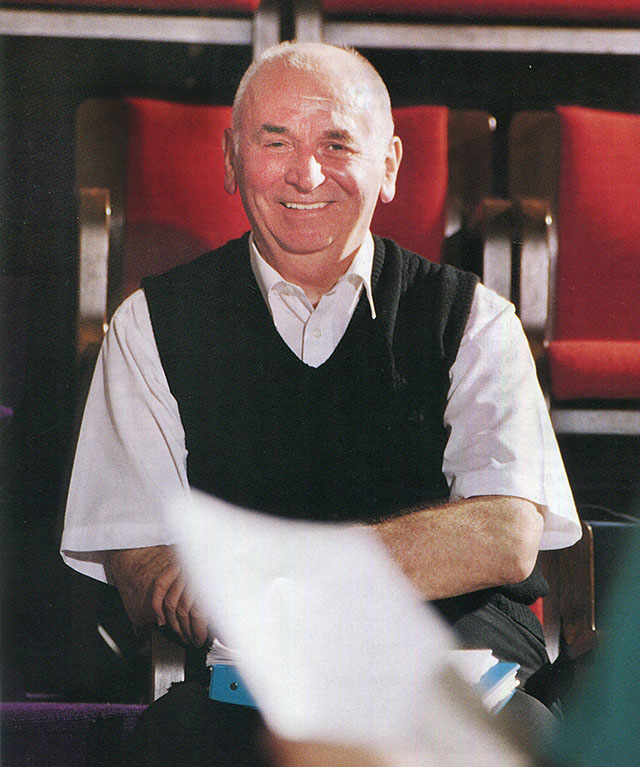 James Dodding taught at Wake Forest from 1979 until retiring in 2005.

The late theatre professor James Dodding was a force of nature who traveled from his native England to campus every spring to share his love of theatre. His influence over three decades has led former students to establish a scholarship in his honor.

Dodding made you a better performer and a better person, said Steve Nedvidek (MA ’87, P ’15, ’18), who made the lead gift to the scholarship. “He was the Pied Piper of musical theatre at Wake Forest and everyone loved being in his performances and being around him.”

About 100 alumni gathered virtually in October to celebrate Dodding’s legacy. A native of northern England, Dodding studied mime with Marcel Marceau and directed and acted in stage productions in the United Kingdom and United States. He joined the faculty in 1979. In 1984, he wrote and directed “Visions and Dreams,” a sound and light production presented on Hearn Plaza to celebrate the University’s Sesquicentennial. He retired in 2005 but returned to campus to direct his last play, Gilbert and Sullivan’s “The Gondoliers,” in 2008. He died in 2018.

Nedvidek, a retired senior manager of innovation at Chick-fil-A, teaches classes on innovation and entrepreneurship at Wake Forest. He is still influenced by Dodding. “He taught life lessons just by being Mr. Dodding, by exhibiting his kindness, the care he had for students, the degree to which he would make you feel valued, even if you were the second soldier on the right in the back.”

To support the Dodding Scholarship, visit Wake the Arts or contact Beth Dawson McAlhany (’89) at mcalhabd@wfu.edu. 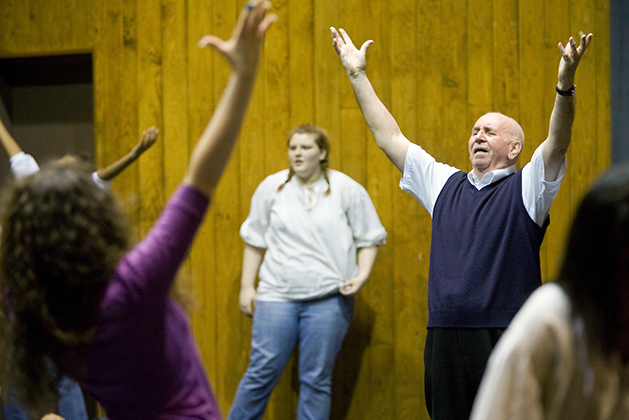