The last time I talked to Kristen Eppley England (’98), in the early spring of 2020, COVID-19 was spreading around the world. She was using her improvisational skills — honed through the Lilting Banshees comedy troupe at Wake Forest — to teach crisis intervention training to law enforcement officers in Denver, although her work had been paused for what she thought would be a short time because of COVID.

England was already mulling a career and life change, so, amid a pandemic, she and her husband and youngest child packed up and moved to Costa Rica, where she’s living her dream of owning an art gallery. If it seems like a drastic change from training police officers to running an art gallery in a foreign country, it’s just another step in England’s “improv” life.

Since graduating with a degree in studio art from Wake Forest, she’s been a painter, an actor, a gallerist, a high school math teacher and a bass player with a touring band. Even those Spanish classes at Wake Forest and a semester in Salamanca with now-retired Professor Kathleen Glenn are coming in handy. 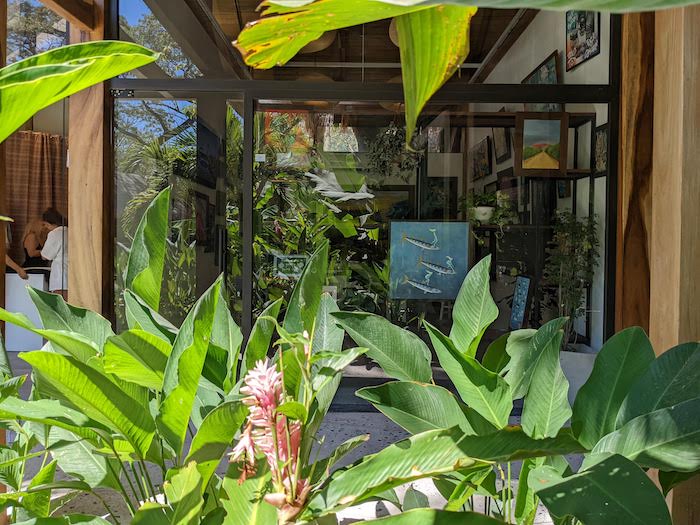 Kristen Eppley England's (’98) art gallery, Pura Vida, or “pure life," is in a boutique mall about half a block from the Pacific Ocean in Santa Teresa, Costa Rica. (Photo by Gina Taha, 2021)

“All these steps that we take in our lives lead us to where we are now, and you can see it come together,” she said in a Zoom interview from her gallery in mid-August. “I’ve always imagined a way to inspire artists to create more, have more outlets, bring their work to light and build a community so we all lift each other up as artists. I have been painting and working at galleries since the ’90s, so I have been imagining how it would be if it were mine. And here I am.”

England had visited Costa Rica several times and loved the country’s people, laid-back lifestyle and sense of community. Her husband, who works remotely, had never been to Costa Rica, but after a vacation there, he was on board with the move.

Before making the move, England had a fleeting thought that she quickly pushed out of her mind. “‘Who do I think I am trying to open an art gallery in a foreign country where I’m really not fluent (in the language)?’ But if I don’t try this, I’m going to wish I had. When I was younger and I had my first bass lesson, I said, ‘I’m going to be 30 years old before I’m a ripping bass player.’ My bass teacher said, ‘You’re gonna be 30 anyway.’”

Now, she’s 46 and the owner of an airy art gallery a half block from the Pacific Ocean in the coastal town of Santa Teresa, a once-remote fishing village that’s becoming a hot spot for its pristine beaches, excellent surfing and eco-tourism. The gallery is in a small boutique mall with an Italian restaurant, a Thai massage parlor and clothing and surf shops. 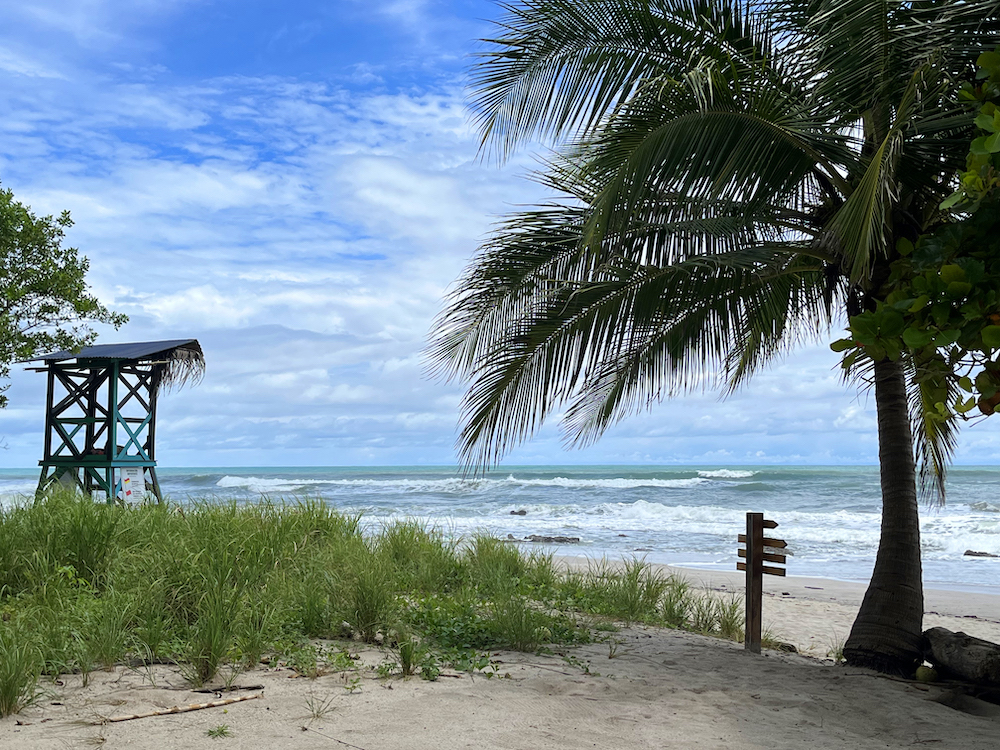 “It’s a tiny little town and it’s beautiful, but it was missing an art gallery,” she said. “I’ve always loved the idea of putting artists to work. Nobody knew that there were all these artists in this town. We have tons of people moving into the community. There’s musicians and artists, and it’s a really alive and happening kind of international town.”

England named her gallery Pura Vida, or “pure life.” As she explains on her website, it’s about “not stressing the little things, allowing space for the infinite possibility of the positive.” The gallery exhibits photographs, paintings, sculptures and custom rugs from about 25 artists, as well as some of England’s paintings, including one of her Wake Forest professor, the late Reynolds Professor of American Studies Maya Angelou (L.H.D. ’77). The gallery also offers bilingual art lessons to children.

A classmate and friend, Mary Leigh Cherry (’97), director of enterprise for ARTERNAL, a leader in CRM (client relationship management) systems, helped set up the gallery’s system. She was an inspiration, England says.

“She ran a couple of different galleries in Los Angeles when I was living there, and it was amazing to watch her in action in a beautiful, elegant, professional art gallery,” England said. “It’s interesting to see someone that you knew when you were 18 do something like that. Particularly watching women start their own businesses has been extra encouragement to feel like I can do it.” 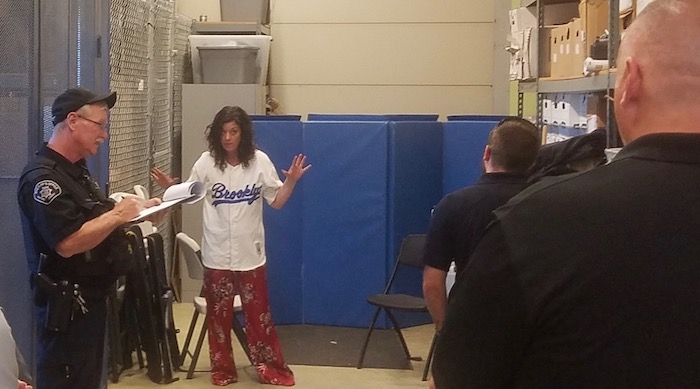 In her previous life, England used her improvisational skills from the Lilting Banshees to play "characters" with mental-health issues to teach crisis intervention skills to law enforcement officers.

England came to Wake Forest expecting to be pre-med until the allure and camaraderie of the Lilting Banshees drew her to the Scales Fine Arts Center.
Theatre professor John E.R. Friedenberg (’81, P ’05) and art professors Page Laughlin, David Finn and John Pickel helped her develop as an actor and artist.

She acted in some traditional plays in the University Theatre, but she preferred the improvisation and student-written scripts of the Lilting Banshees and its sketch comedy routines of life at Wake Forest. 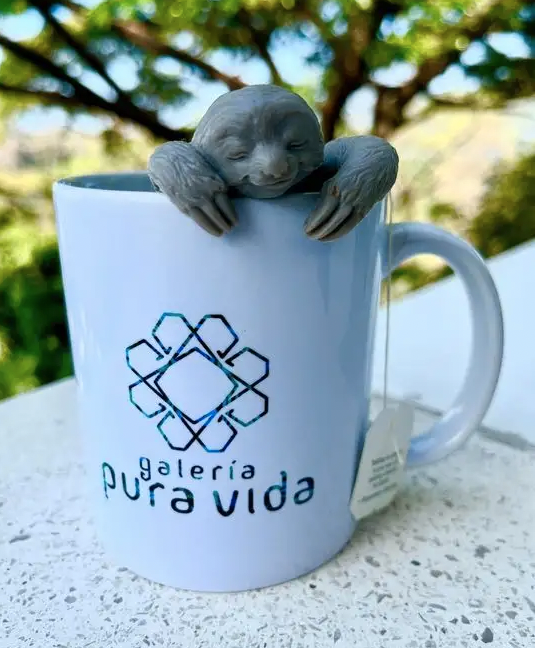 Her new career is about as different from that one as you can imagine. Getting her gallery open was a challenge because of the slow pace of construction, but she’s come to appreciate the laid-back atmosphere. She teaches yoga in the mornings on the beach and works in the gallery in the afternoons.

She gives a long list of things she loves about her new home: “the patient and kind people, the sense of community, the fresh food, air and water, and my daughter’s bilingual school on the beach. And now I’m turning this into an art town.” (England’s three oldest children are in college in the United States.)

England has residency status in Costa Rica, but she returns to the United States every few months for “some paved road, English-speaking vacations” and to visit family in her hometown of Charlotte. As for what’s next in her improv life, stay tuned. 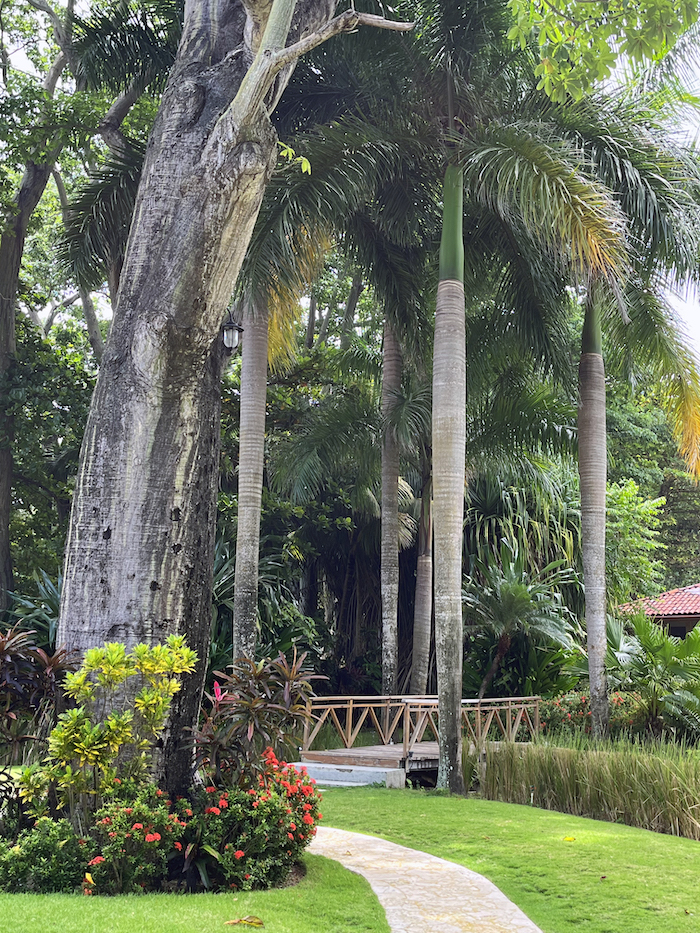 England's walk to the beach from her new art gallery.