It has been months in the making so we’re excited that the Fall 2011 print edition will soon be in mailboxes everywhere. Get a sneak peek at the magazine here.

Our cover story, written by Mark Schrope (’93) and designed by Kris Hendershott, is a tale of history, technology and intrigue with scientist Michael Toth (’79) at the center of it all. Read about Toth’s quest to uncover secrets from the past as he examines ancient documents including the famous Archimedes Palimpsest.

Enduring friendships are what many alumni cherish most about Wake Forest, and Maria Henson (’82) writes about two roommates who haven’t let decades and distance keep them apart. Byrd Barnette Tribble (’54) and Betty Holliday Waddell Bowman are as close now as they were as freshmen in Bostwick dormitory on the Old Campus. Julie Helsabeck’s graphic design is as engaging as the photos by Ken Bennett.

More than 200 Wake Forest graduates have embodied the spirit of Pro Humanitate by serving in the Peace Corps. As the humanitarian organization celebrates its 50th anniversary, Cherin C. Poovey (P ’08) tells the story of alumni who joined Peace Corps to change lives, only to find their own lives changed immeasurably. 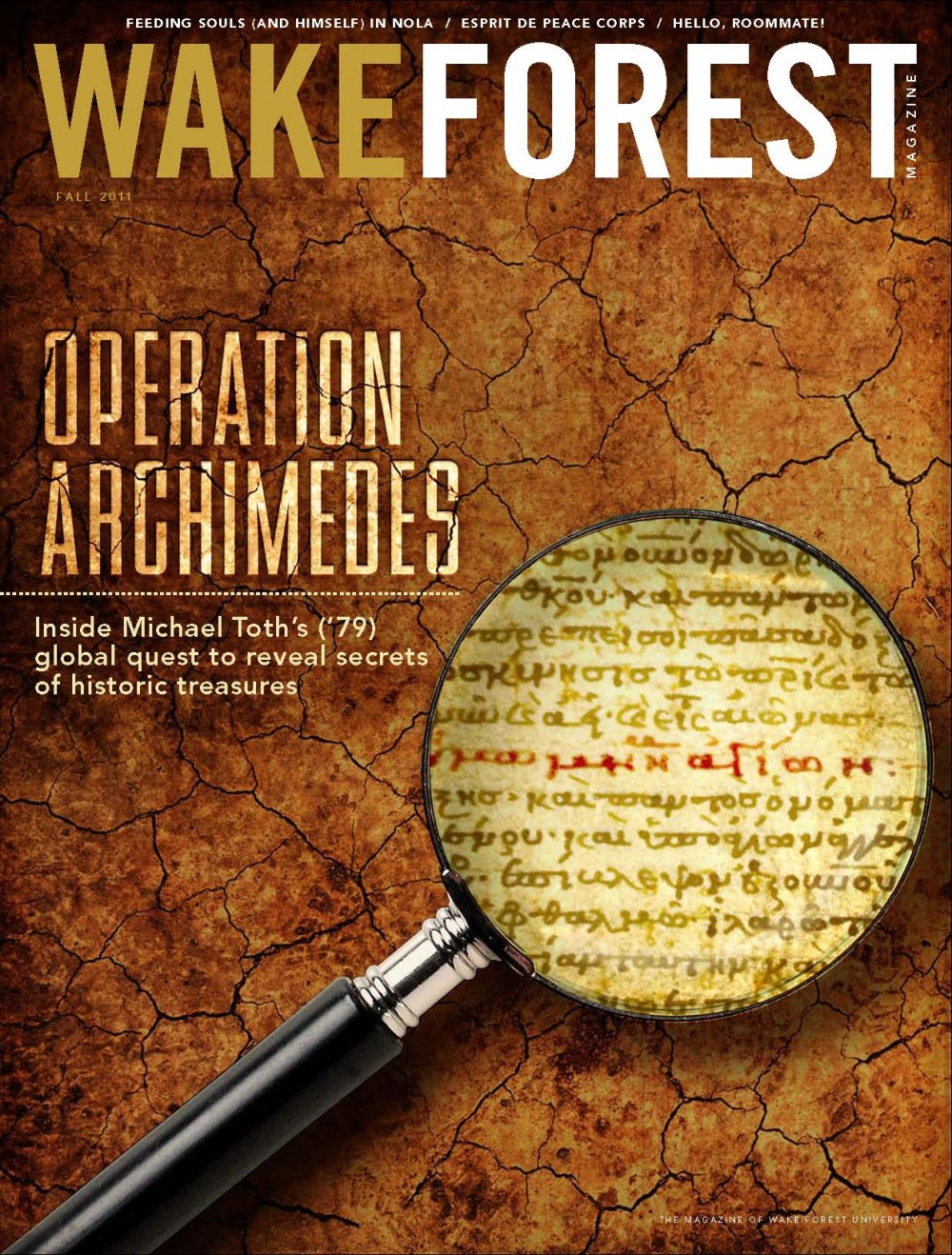 In “Teaching it Forward,” Lisa Kline Mowry (’82) catches up with eight alumni whose Wake Forest experience inspired them to pursue careers in academia. Magazine intern Hannah Kay Hunt (’12) shares highlights of her summer in the Big Apple as an intern for People magazine.

As she does with each issue, Janet Williamson (P ’00, ’03) pulled together hundreds of Class Notes so you can keep up with classmates.