The “yearn to learn” for James Coggin (’52) began at Wake Forest. Six decades later, he remains grateful for the lessons learned from the “characters” on the Old Campus.

Stories of students and their faculty mentors in the spring issue of Wake Forest Magazine inspired him to write about those professors who influenced his life:

“The current issue of the Wake Forest Magazine is fantastic. As early as 1949 I was introduced to the idea of mentoring as a member of Dr. Cronje Earp’s (’26) Greek classes. He welcomed members of his Greek classes to meet with him for much needed additional help. By taking advantage of his mentoring, I was invited to join the honorary Greek fraternity. What an honor for a laboring college student. 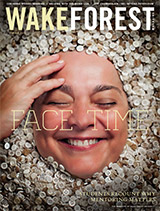 “I must also add to the list of mentors who made this World War II veteran feel welcome to join them for those “extra” sessions. There was Jasper Memory (’21) who welcomed his students who were taking his courses to visit with him for his wise leadership in preparing for teacher education.

“Also there was Dr. (Marc) Lovelace who can well be remembered for his courses in religion. One of the fondest memories I have of Dr. Lovelace was his use of maps of the Holy Land along with his ever-present baton, which he slapped against the maps to impress upon his students his visits to sites in the Holy Land. It was not so much an impression as it was the importance of knowing that he was giving first hand knowledge of the Holy Land.

“Mentoring in 1949 and following helped this graduate have a lasting impression of the importance of mentoring. With an appreciation for mentoring as given in the Wake Forest Magazine.” 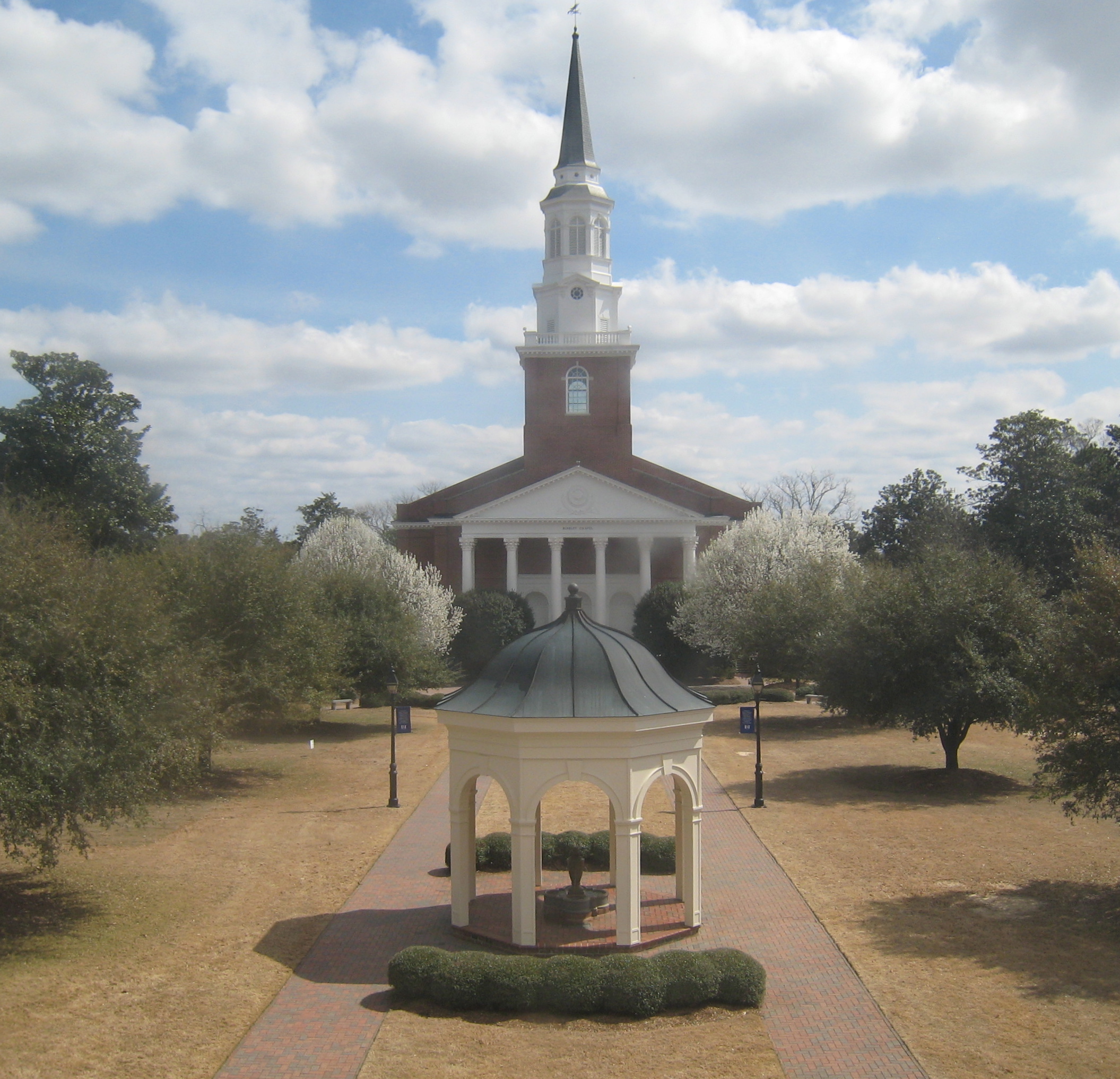 “My feet kinda feel itchy as I think of the walkways,” James Coggin says. The walkway above connects Wait Hall to Binkley Chapel.

I was so intrigued by Dr. Coggin’s recollections that I called him to learn more about him and his Wake Forest experience.

A native of Stanly County, N.C., he served in the U.S. Navy at the Naval Air Station in Norfolk, Va., during World War II. Following the war, he went to Boiling Springs Junior College (now Gardner-Webb University), where he met his wife, Margaret.

He transferred to Wake Forest in 1949 and lived for a time in Mrs. Eanes’ boarding house. After he and his wife married, they bought a two-room trailer in the trailer park across the street from campus from his cousin’s husband, Eugene Washburn (’50), after he graduated. Their youngest daughter, Vicky, was born while he was still a student. They later had a second daughter, Amy. 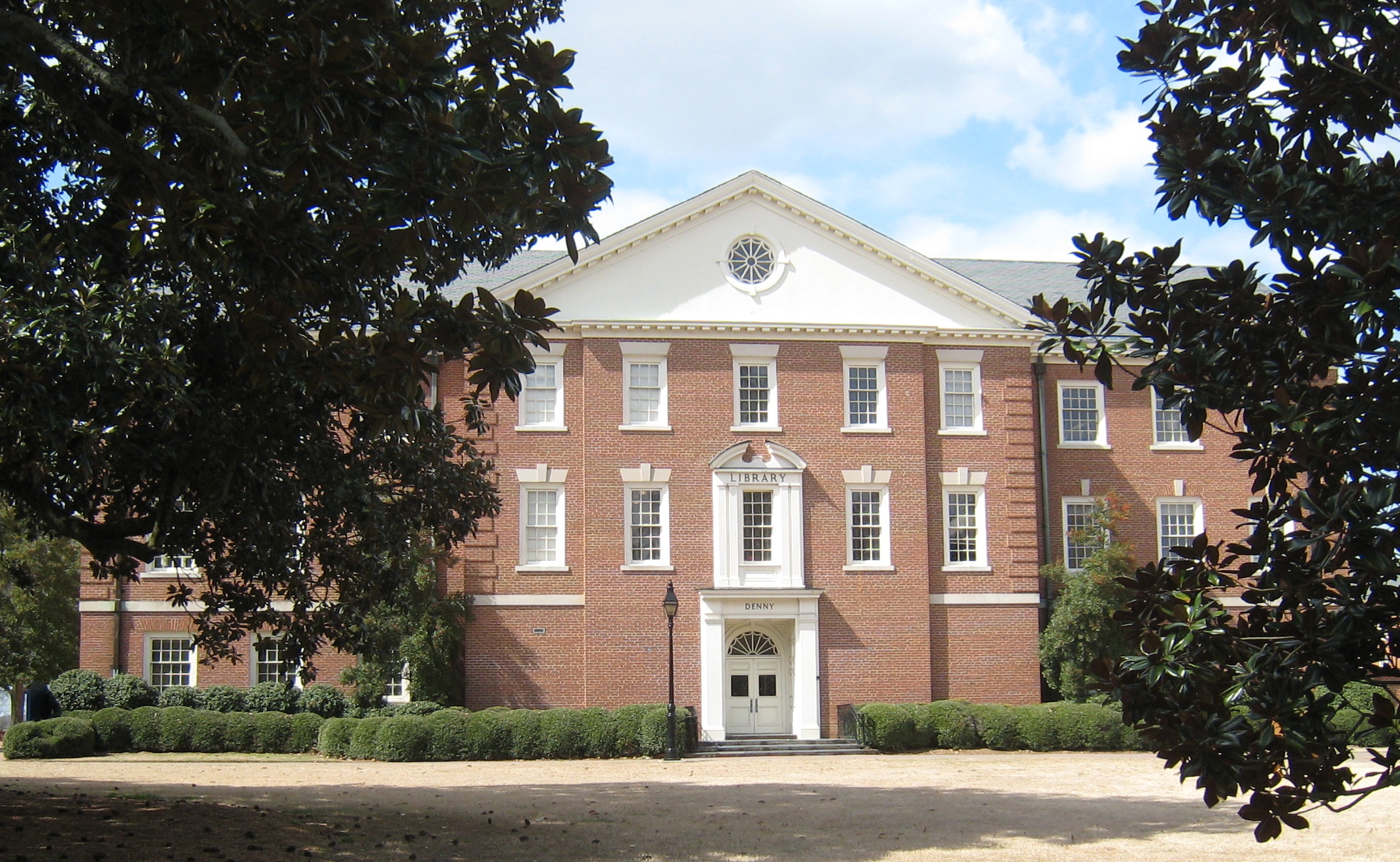 The Heck-Williams Library still exists, but was extensively remodeled after Wake Forest moved to Winston-Salem.

After graduating with majors in English and religion, he was a minister of education at Baptist churches in North Carolina and Virginia. He later earned a master’s in counseling from the University of Virginia and a Ph.D. in counseling from Western Pacific University. He was a counselor with the Fairfax County Schools for 23 years before retiring in 1987. His wife died in 1977 and his daughter Amy in 2009. He and his second wife, Maude, live in Danville, Va.

In our phone conversation, he shared more stories of the professors he still remembers so fondly. “Oh my, yes,” they were characters, he told me. “I could go on forever with stories and experiences at Wake Forest. “My English professors were known for some oddities. There was Dr. (Broadus) Jones (1910) who was called Dr. ‘Chart’ Jones for the many charts he had outlined for his classes. And there was Dr. (Henry) Snuggs who could wrap his legs completely around the legs of the table he sat on.”

He can still see physics professor William Speas (1907) walking along “carrying on an intelligent conversation with himself.” In the classroom, Speas lost many a cane through a hole in the floor by his desk, but he would look down and say “‘Oh well, it was just a stick.’”

And there was history professor Skinny Pearson. “Dr. Pearson often opened the door to his class and stood just out of sight by the door. This student came in and looked around and said, ‘Where is that skinny little guy who teaches this class?’ The door slowly edged closed and Dr. Pearson said, “Here I am. You don’t have much of a chance in making the grade in this class, but I will do my best to give you the chance.” 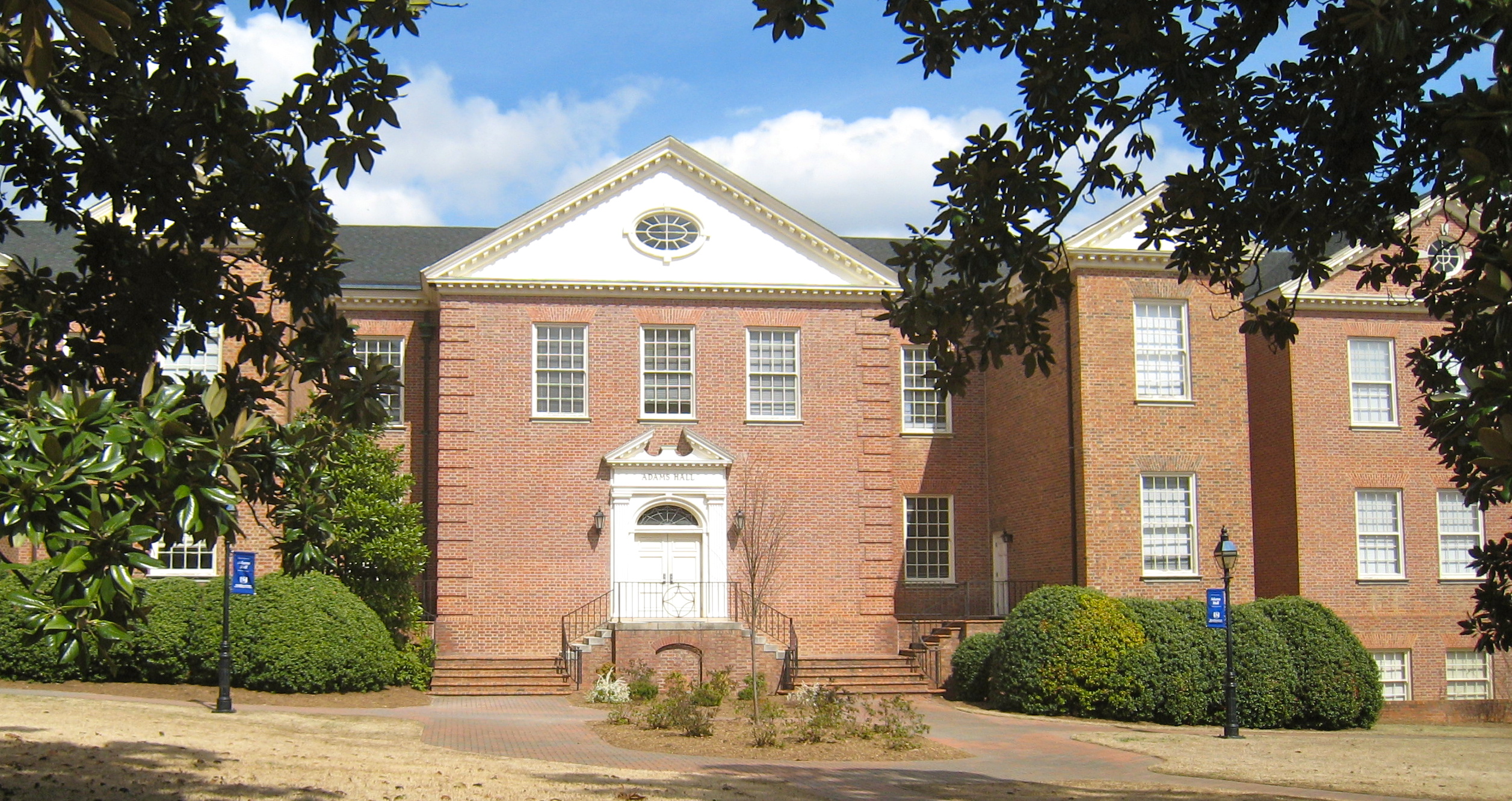 Johnson Hall housed the two-year School of Medicine until the medical school moved to Winston-Salem in 1941.

They had enough “idiosyncrasies” to fill a book, he says. But it was part of their magic “to help us learn by whatever means worked, and that they did very well. We could not recall all of their ‘strange’ ways without getting their message clear and plain.

Although it’s been 60 years since he sat in class with Jasper Memory or Broadus Jones or Skinny Pearson, he remembers with gratitude their impact on his life. “While I could continue with many a memory, I will enjoy them quietly and say that Wake Forest became for me a place to yearn to learn.”