Bread that doesn’t rise. Gravy that won’t thicken. Scrambled eggs that stick to the pan. Most home cooks have been there. In our quest to determine what went wrong we questioned the recipe, the quality of our ingredients, the oven or even the weather.

But often what leads us down the path to burnt cookies and runny sauces is none of those things; it’s our lack of understanding about kitchen chemistry   — what happens when we cook, and why. Basic knowledge about acids, bases, enzymes and molecules might mean the difference between our food fail and food fabulous. After all, there’s a reason they say baking is a science — and cooking is a scientific art. 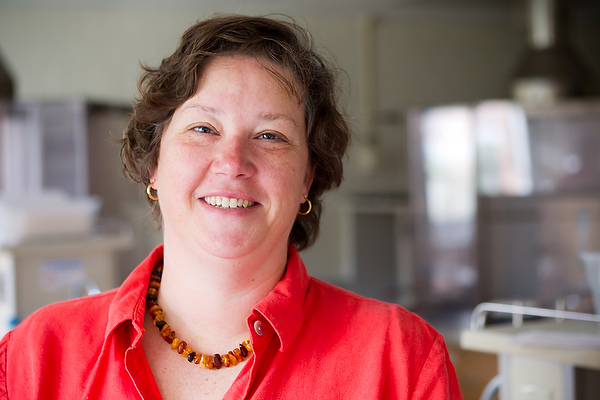 “Most home cooks can follow a recipe or pick the right size pan, but how you prepare food in the kitchen as well as what happens when you eat it — there’s a lot of chemistry there,” says Angela G. King, associate teaching professor of chemistry. She’s a cooking enthusiast whose family grows much of their own produce — and raises chickens and shearing sheep — on a farm in nearby Stokes County.

King, whose classes include Chemistry 108 for nonscience majors, says her students are interested in personal health and enjoy eating. Kitchen chemistry, taught through experiments such as carbonating Kool-Aid (if they get their equation right the result is a fizzy, good-tasting reward) is a good way to connect with those not inherently interested in science. “Once you have them hooked you can use nutrition and cooking as a way to help them see and use the applications of chemistry in their everyday lives.”

For lifelong learners who may benefit from a lesson in kitchen chemistry, Professor King answers some commonly asked questions.

Why do bananas turn brown? 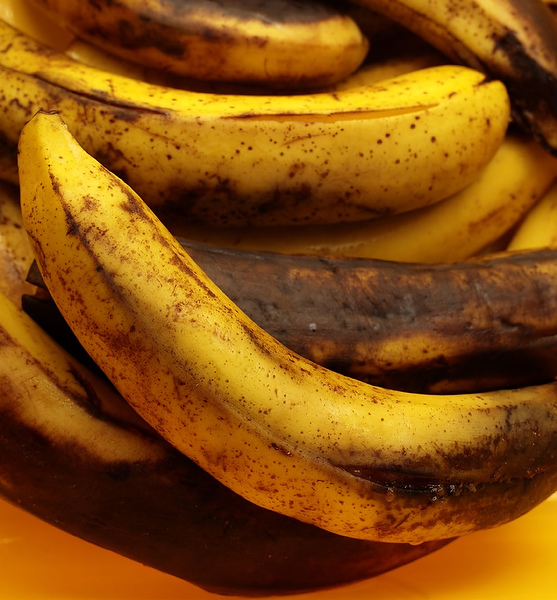 Bananas turn brown as part of the ripening process because there is an enzyme that converts the starch in the banana into sugar; as that reaction occurs the banana becomes softer and sweeter. “If you actually did a blind taste-test, the brown bananas — while they may not look so nice — are by far sweeter because more of their starch has been converted to sugar,” King says. What starts the ripening process is a plant hormone called ethylene. Bananas produce ethylene during the ripening process, and if they are exposed to ethylene they will ripen further. “Apples release ethylene so if you put bananas in a paper bag with an apple or two it triggers that reaction and bananas ripen more quickly,” she says. “Remember those green bags that were all the rage a while back? They absorbed ethylene to try and delay the ripening process.” 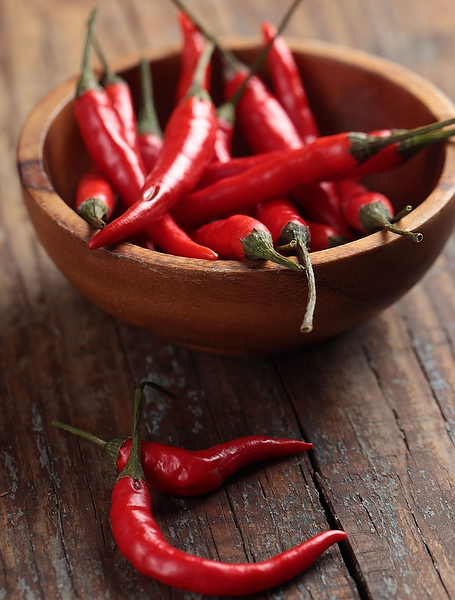 Can you say capsaicin? The level of heat in a pepper is related to how many small capsaicin molecules — made by the pepper — each one contains. Some peppers don’t produce many; some, a lot. The more molecules of capsaicin the hotter the pepper on the Scoville scale, which measures hotness. So what do you do if you’re the victim of too much capsaicin? “The trick is to get capsaicin off your tongue or destroy it with a dairy product like yogurt or sour cream that contains an enzyme to break it down,” says King. Another fun fact about capsaicin: birds don’t find it irritating, but mammals can detect the spicy sensation and don’t like it. That’s why it’s added to birdseed to deter squirrels. “The pepper plant doesn’t want its seeds to be eaten by a little rodent and deposited locally, so it makes a chemical to deter them,” she says. “Plants like their seeds to be eaten by birds, which are insensitive to capsaicin and scatter seeds widely.” 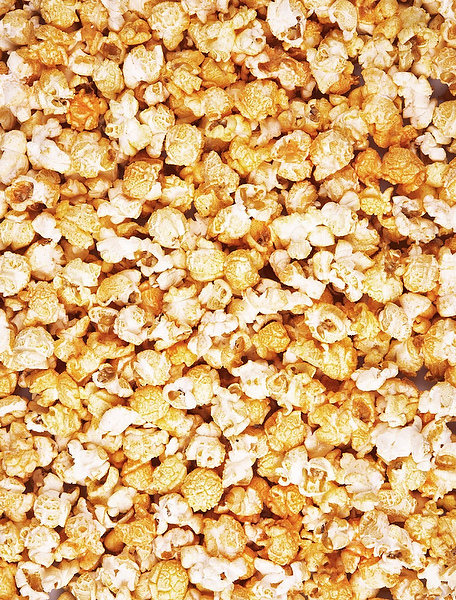 It’s simple; water makes popcorn pop. “When you think of popcorn you think of a very dry food but deep within a kernel of unpopped corn is a very small droplet of water,” says King. As you heat up the kernels, the water held inside turns to steam. As the gas increases the pressure inside the kernel grows until the husk or the shell can no longer hold it in. “It’s really a small explosion that turns the kernel inside out and releases the steam to escape.” And if you have some old popcorn in the cupboard, chemistry is why it won’t pop. That droplet evaporates over time. 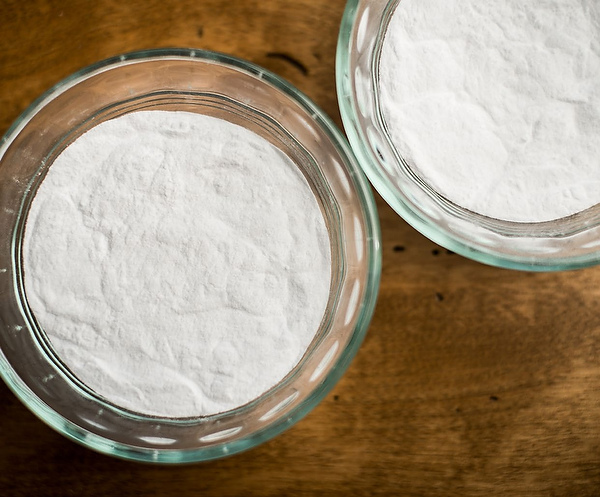 Both are leavening agents, adding gas to something so that it rises and becomes lighter. But there’s a big difference between the two. “Baking soda is the chemical we call sodium bicarbonate. It reacts with an acidic chemical and produces carbon dioxide. Remember the science experiment where you added vinegar to baking soda and watched it fizz? That’s carbon dioxide gas. If that’s within a cake or a batter those bubbles lift your baked good and make it rise,” says King. Baking soda is good when mixed with something moist (it needs water) and an ingredient with a bit of acid, like yogurt or lemon juice. Baking powder, on the other hand, is a mixture of chemicals. “It contains some sodium bicarbonate but also has an acidic ingredient — cream of tartar, or tartaric acid,” she adds. “All you need to do is get it moist, and it will make the dish rise.” On a practical note, King says it’s good to keep your baking powder, baking soda and cornstarch clearly labeled. She once made her mother’s famous cornbread and mistook cornstarch for baking powder since the containers looked similar. That unintentional experiment fell flat — literally. 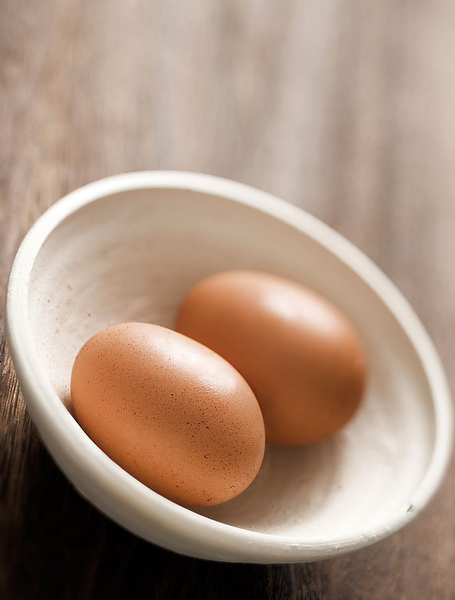 Eggs are full of protein, says King, and when cooking them it’s not about time but temperature. “Egg proteins are really big molecules that don’t exist as strands but are folded up. When you cook an egg what you’re doing is taking a lot of balled-up proteins and causing them to change their shape. The higher the heat, the more they begin to unfold and change their properties — gradually going from liquid to solid.” So for three-minute, poached or scrambled eggs, keep the temperature low. For fried or hard-boiled, crank it up. And be aware that sometimes your success, or lack of it, depends on the egg itself. Fresh is best.

Can I speed up cooking by using smaller/thinner portions? 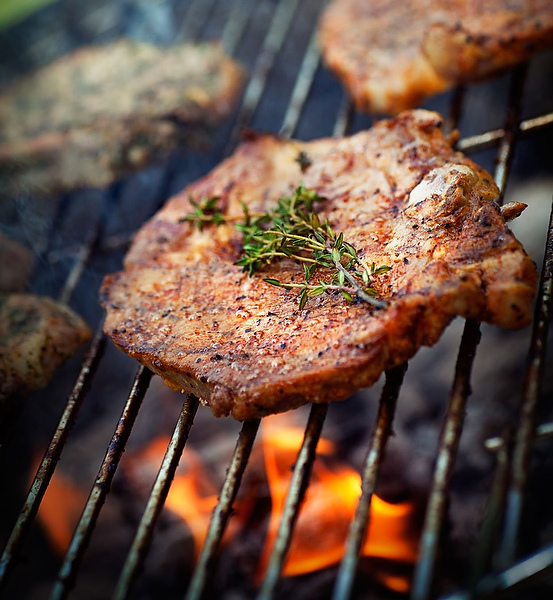 “Absolutely,” King says. Think about using the same dough to make a loaf of bread or smaller rolls. It takes longer to get the middle of the loaf to the same temperature as individual rolls. Smaller pieces of food mean greater surface area, which will cook faster. But the greater surface area also means moisture will evaporate more quickly.” Her tips? Pound meat to a uniform thickness and make sure all chicken parts, for example, are uniform sizes (sometimes pre-packaged products contain parts from different chickens.) “Before the Chicken McNugget more than 80 percent of chicken was sold as a whole bird,” she says. “The home cook would buy it and cut it up so pieces were in proper proportion. I think the time will come in my lifetime when you won’t be able to buy a whole chicken because fewer and fewer people want the product.”

Does alcohol evaporate completely during cooking? 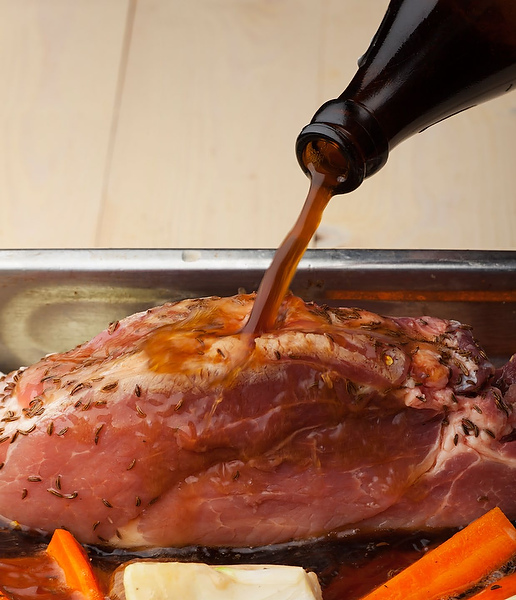 Our chemistry professor says that depends. If you add alcohol such as wine to a dish it would be false to assume all of the alcohol will evaporate, no matter what/how you are cooking. But depending on your dish and your technique, most of it may be gone. “If you were making a rich stew and add wine, then put a lid on the pot and simmer it for a long time, a lot of people may think the alcohol is gone, but because that lid encourages condensation a good portion stays in the stew,” says King. “More than if you are using wine to deglaze a pan; in that case using high heat, with no lid to catch or condense the moisture, means it is more likely to evaporate completely.”

Why does sugar make fruit juicier? 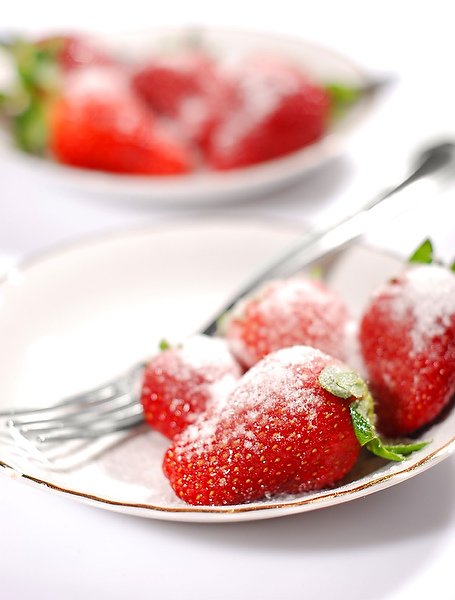 Often recipes calling for fresh fruit like peaches or strawberries say to add a small amount of sugar and let the fruit sit. When you do that you’ll find there’s a lot more juice. That’s because sugar draws moisture out of fruit due to osmosis, says King. “Osmosis is how our kidneys work, it’s why our fingers get pruny after a long time in the pool or bathtub, and it’s why we put saline solution instead of water on our contact lenses,” she says. Water will flow through a membrane to the more concentrated side. A lot of sugar on the outside of the fruit cells will cause water from within those cells to flow out to where the sugar is. “It’s not about the sugar pulling water from the air; it’s about sugar pulling water from the fruit.”

Why do onions make us cry? 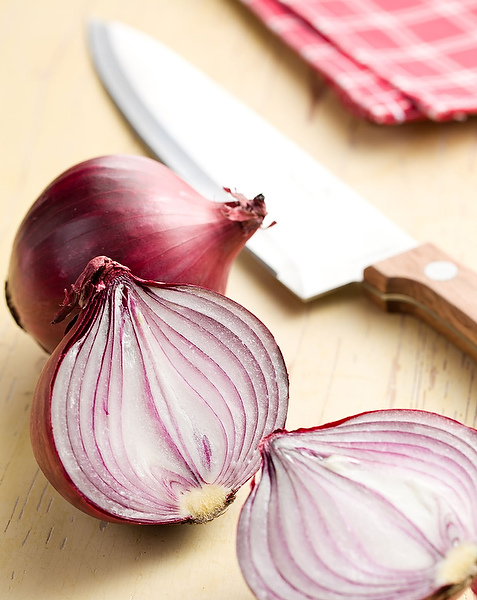 In general onions and garlic have sulfur compounds within their cells, says King. They also have enzymes that are protein catalysts. When those two mix the sulfur compounds convert into acidic compounds that sting our eyes. “When you cut an onion you’re actually crushing cells, releasing their contents and creating the chemical that makes you cry.” Is there a way to prevent the tears? “None of the wives’ tales work for me,” she says. “Holding a matchstick in your mouth, touching the stainless steel faucet, putting a slice of onion on top of your head … I can’t figure out the science behind that.”