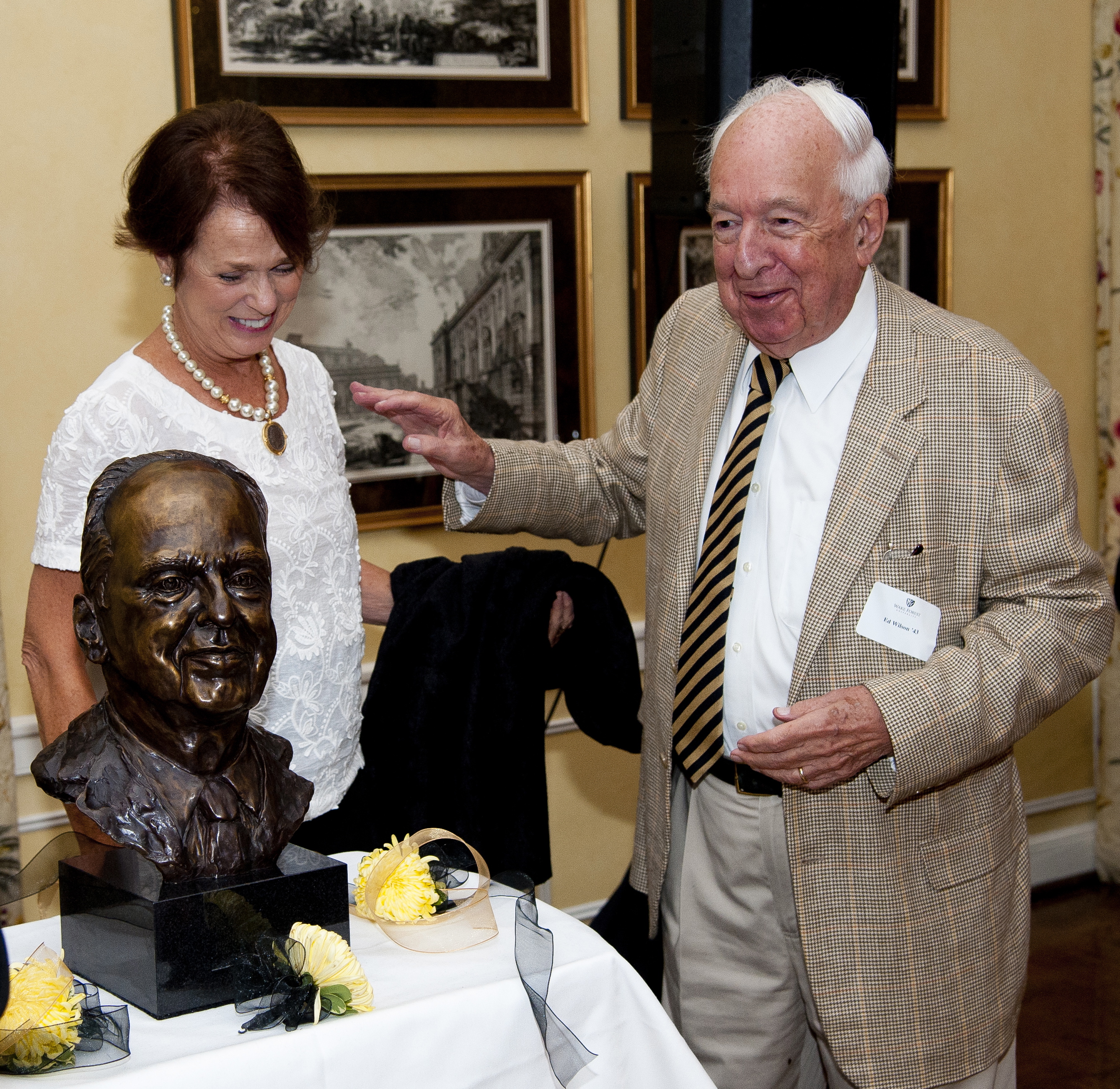 A surprised Ed Wilson sees his bronzed likeness for the first time, sculpted by Prissy Armfield (’64), at left. Photo by David Rosen.

You can forgive members of the Class of ’64 for seeing double. There were two Ed Wilsons at their reunion celebration Homecoming weekend.

One, of course, was Provost Emeritus Ed Wilson (’43), who spoke at the Class’ 50th reunion dinner Friday night. The second one was a bronze bust of Wilson sculpted by Margaret “Prissy” Armfield (’64) of Winston-Salem.

Armfield presented the bust to Wilson at the class dinner. It will be displayed in the Wilson Wing of the Z. Smith Reynolds Library. Armfield donated her time to create the sculpture; class members picked up the cost of having the sculpture bronzed.

Armfield, who has a studio in downtown Winston-Salem, admitted it was a challenge to capture what’s probably the most recognizable face in Wake Forest history.

She first thought about sculpting Wilson two years ago during a reunion on campus with the “girls on the hall,” a group of Johnson Hall freshman roommates from the Class of ’64 who still get together regularly. When she saw Wilson that day she thought “what a face to sculpt.”

Although she was an English major, Armfield never had Wilson for a class and doesn’t know him that well. Wilson didn’t know about the project so she had to work from photographs of him. Two things stood out to her: his eyes and his smile. “When he talks to you, he looks directly at you with his eyes. And he almost always had a smile on his face,” she said. “He has changed very little over the years.” 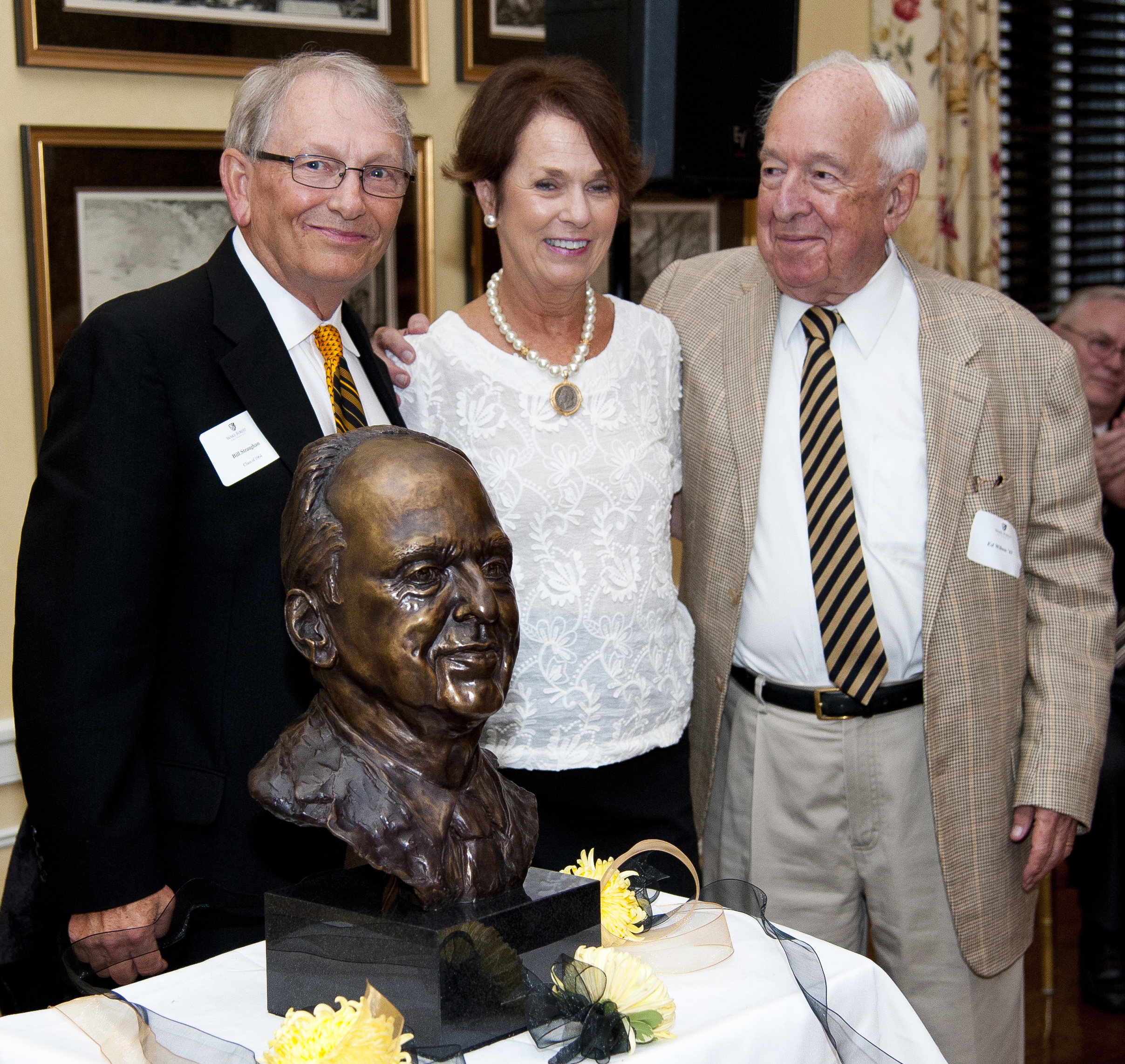 Painting was Armfield’s first love. She thought about going to art school before following her late brother, Jerry Wilson (’61), to Wake Forest. After graduating, she became a high school teacher and raised three boys, not leaving much time to pursue her artistic interests.

After one of her sons died in 1993, followed by the death of her husband a year later, she returned to art to deal with her grief. She had never tried sculpting before, but she was hooked after taking classes with a renowned local sculptor, the late Earline Heath King. “It was excellent therapy,” she said. “There’s something about your hands in that clay. You can stand there for hours and get lost in it.”