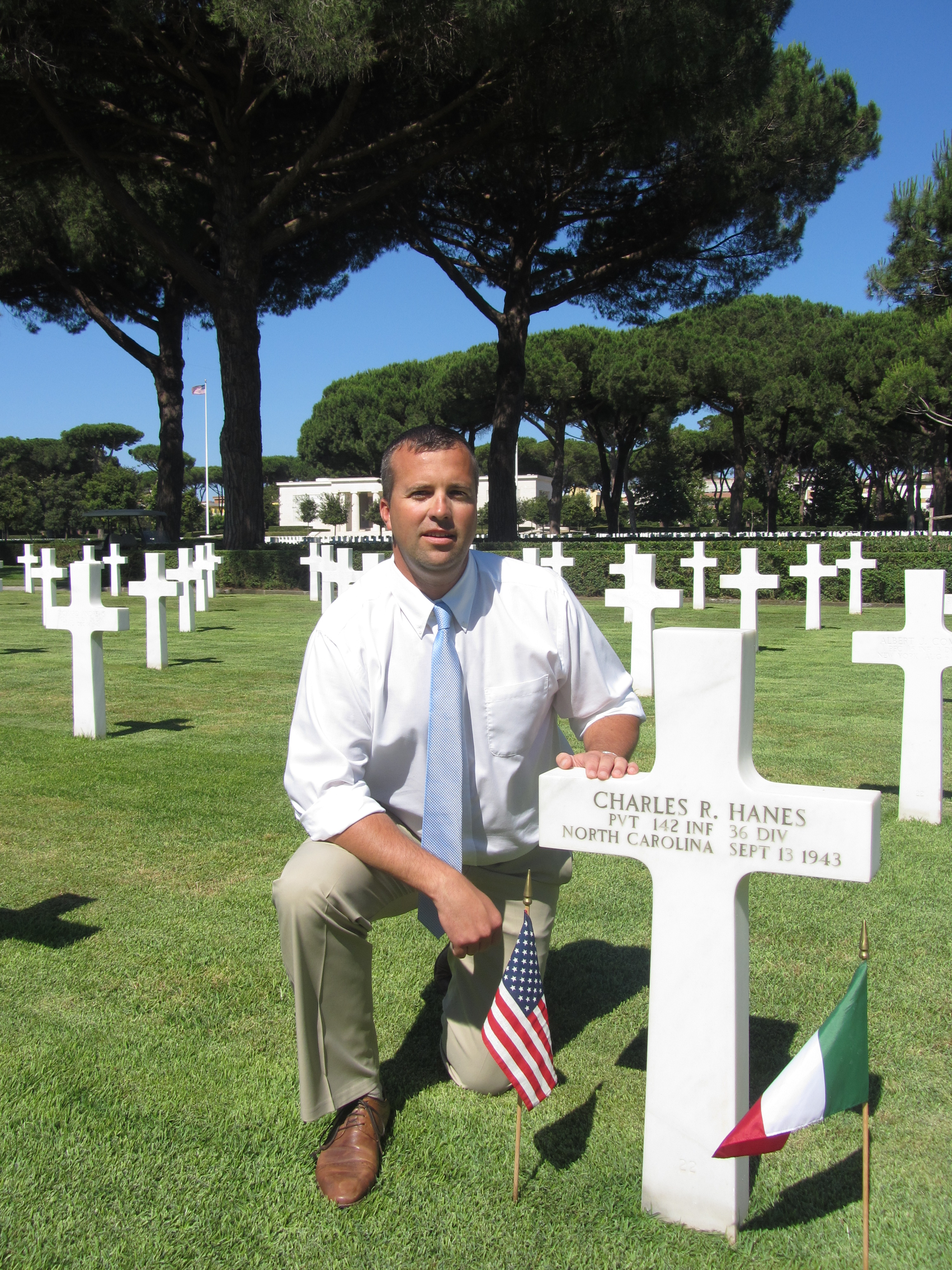 Jason Blount at the grave of Charles R. Hanes, who once lived on Hawthorne Road in Winston-Salem. Hanes, who perished in combat in 1943, received the Distinguished Service Cross posthumously.

Jason Blount (’98) lives and works thousands of miles from Wake Forest, but he still has concrete connections to his alma mater. In fact, he says, his education and mentors along the way continue to influence his life, personally and professionally.

Following his sister Teresa Blount Birmingham’s (’92) graduation from Wake he enrolled the following year and joined the ROTC program. His military training, along with language studies as a French major and communication minor, prepared him to serve his country during deployments to Bosnia (1999) and Kuwait (2001), and now as an employee of the American Battle Monuments Commission (ABMC) as superintendent of the Sicily-Rome American Cemetery and Memorial in Nettuno, Italy. The ABMC maintains 25 military cemeteries and 26 federal monuments outside of the United States.

“Following my time in military I learned about the ABMC and discovered 16 of their 25 locations were in French-speaking nations,” said Blount. “Two of the prerequisites were the ability to speak French and to have an extensive knowledge of the military. Those two would never have been possible if not for my time at Wake Forest. They helped me get my foot in the door.” 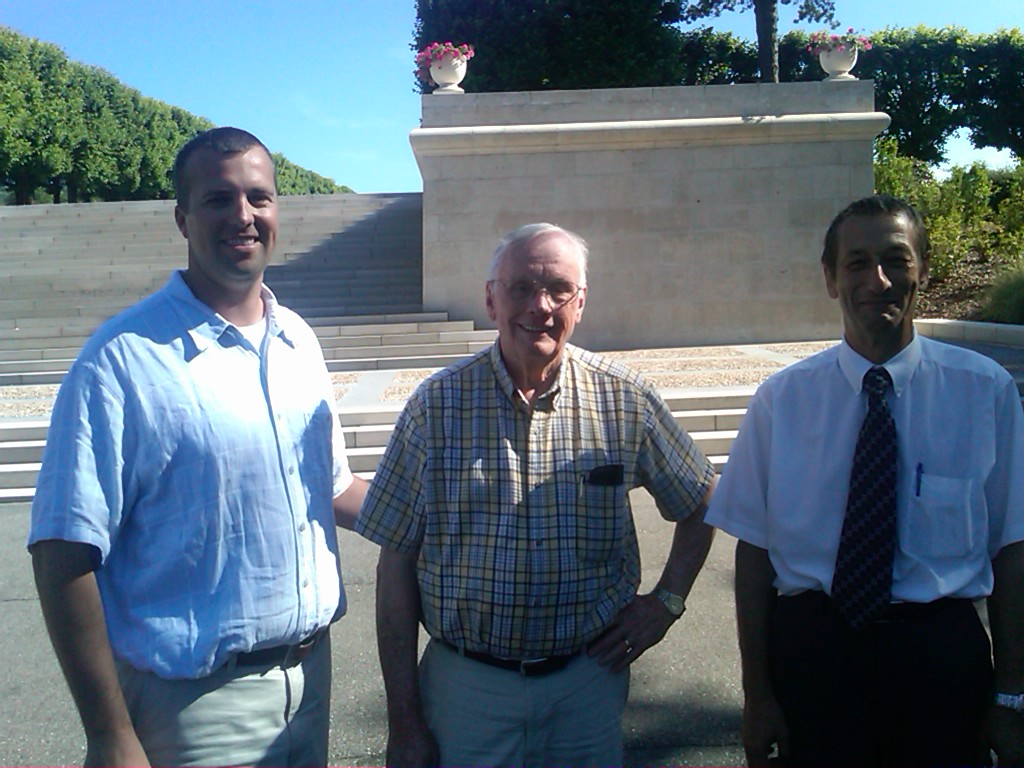 Blount, left, with honored guest Neil Armstrong, center, the first person to walk on the moon.

After spending three years near Verdun, France, at the Meuse-Argonne American Cemetery, Blount was reassigned to Italy. As superintendent he manages a staff of 22 Italian employees and together they are responsible for the operations and maintenance of infrastructure and horticultural spaces; administration, such as assuring the site has adequate equipment and supplies; and public affairs to include the management of a Visitor Center/ Museum, making presentations and welcoming families, school groups and special guests to include Congressional delegations and astronaut Neil Armstrong, the first person to walk on the moon. 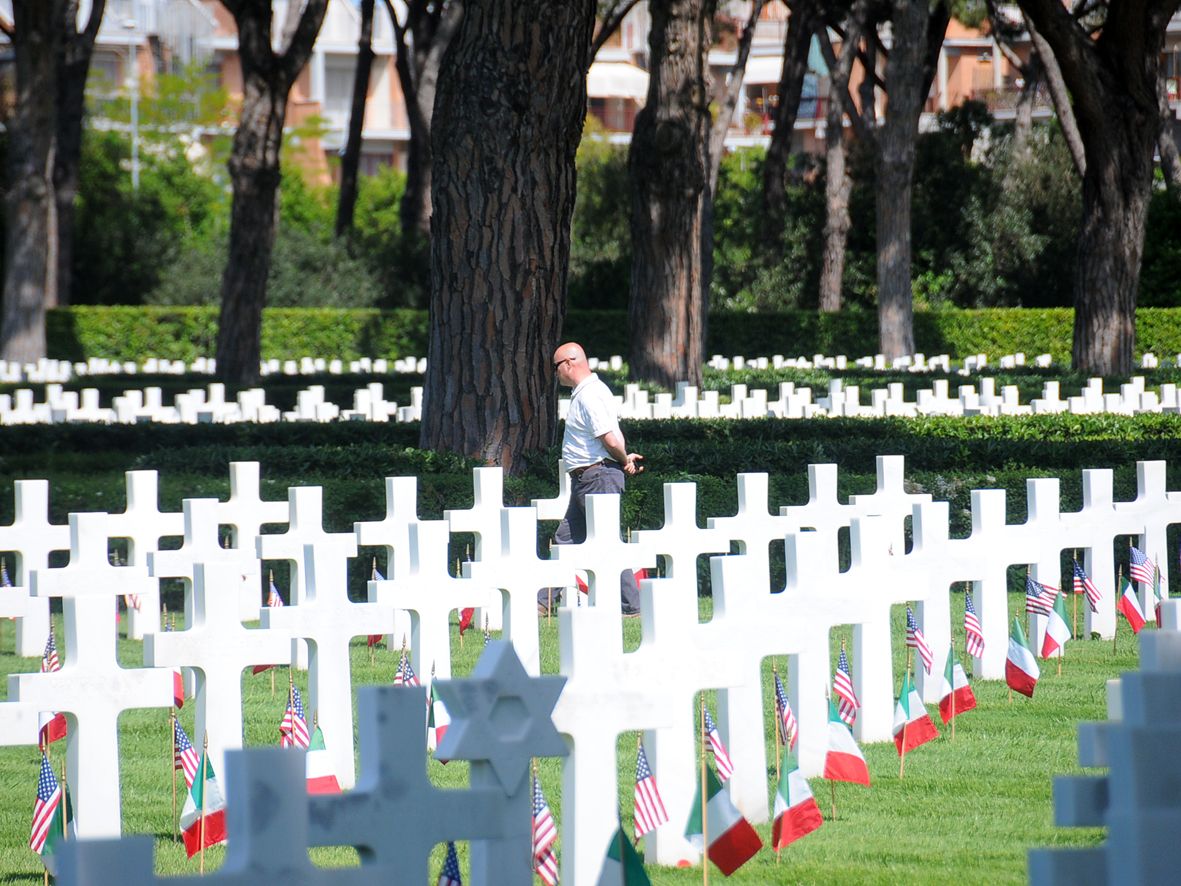 The Sicily-Rome American Cemetery has more than 7,800 headstones.

The 77-acre site commemorates 7,861 fallen and 3,095 missing American service members, the majority of whom died between July 1943 and June 1944 during the Allied liberation of Sicily, the landings in and around Salerno, the landings in Nettuno and Anzio, and the liberation of Rome. “I have lived to be 40 and am twice as old as some of the kids who are buried here,” said Blount. “My job is to help honor their sacrifice and tell their stories to visitors.”

As part of an interagency exchange he was recently visited by another Deac, Col. John C. “Jay” Waters (’87), executive officer for the Army National Military Cemeteries program in Arlington, Virginia, who leads inspections that ensure Army managed cemeteries on American soil honor and respect the fallen and their families according to the highest standards. “He helped me, as incoming superintendent, to prioritize things that need to be accomplished here,” said Blount.

Before finding his way to Europe Blount was an offshore fishing guide on the southern Outer Banks; he eventually became a private sport-fishing boat captain for another Wake alum, Winston-Salem attorney Tom Comerford (’72, JD ’74, P ’07, ’08), whose boat was named Deacon Blues. Blount says Comerford and his law partner, alumnus Cliff Britt (’82, JD/MBA ’86), were his mentors. “They’re pretty smart guys. My entire post-secondary education and life has a connection to Wake Forest. By no special measure Tom helped me to achieve my goal of working for the American Battle Monuments Commission. He went out of his way to help me — as a member of the Wake family and as a friend.” 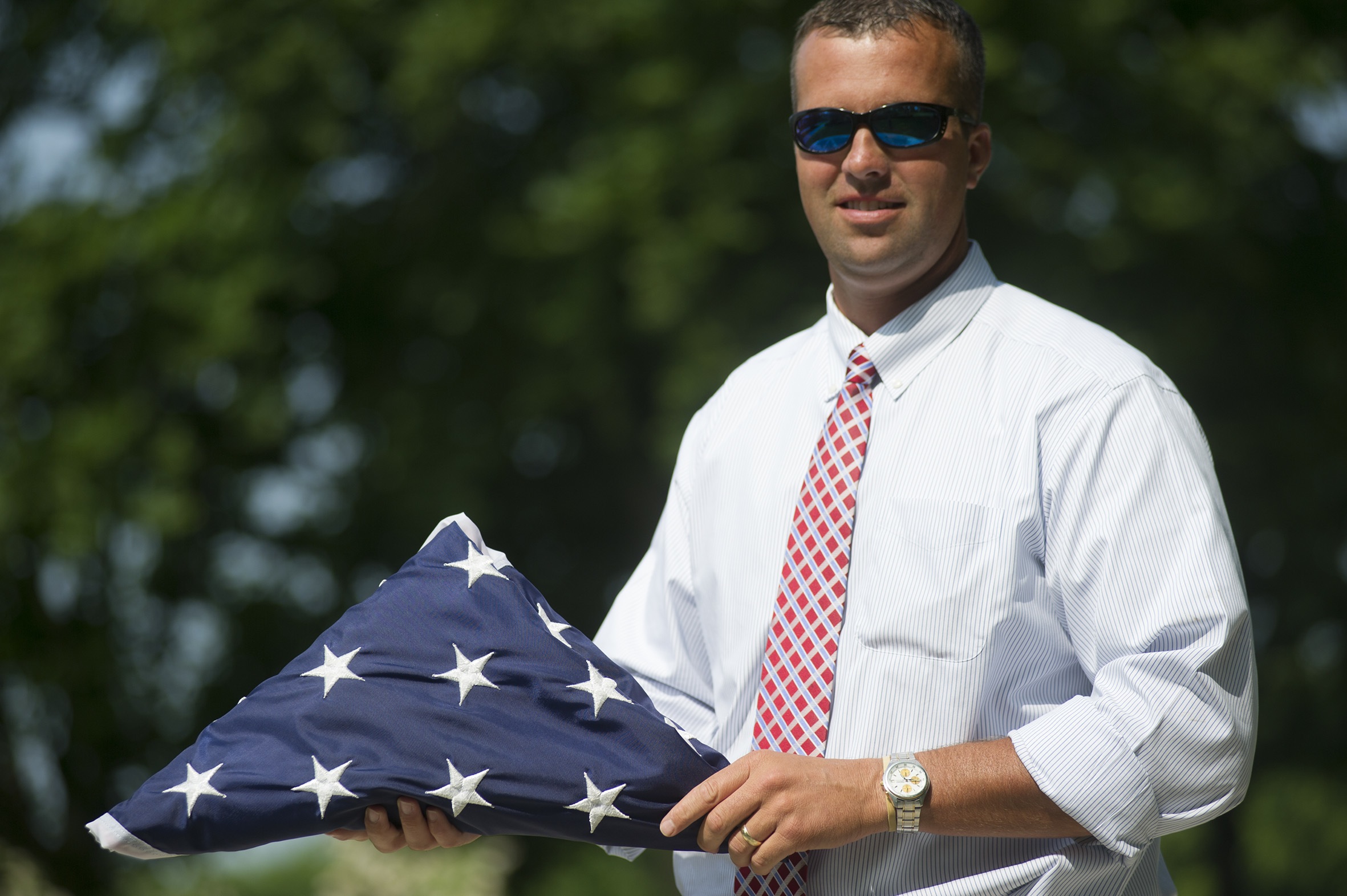 ‘My job is to focus on their sacrifice,’ says cemetery superintendent Jason Blount.

Blount remembers that Capt. Pat Rimron (’89), one of his ROTC instructors, taught him valuable lessons on leadership and the importance of accepting responsibility. And although he acknowledges he may have been a frustrating student at times, Blount appreciates the guidance provided by French professor Sally Barbour, who led the Dijon exchange trip the semester he studied in France. “When I was 20 years old in France, studying was not necessarily my top priority,” he said. “She helped me focus and never gave up on me as a student. I owe a lot to Wake Forest and I’ll always be proud to be a Demon Deacon.”