John T. Wagner’s teenage son David will never make his school’s honor roll or be captain of his baseball team. He’ll never come to Wake Forest. He’ll never be “successful.” But when David greets strangers on the New York subway with a friendly “Howdy, partner” or gazes with wonder at each Christmas ornament he unwraps, Wagner sees unbridled love and joy.

David, 17, was born with Down syndrome. Wagner (’81, P ’15) tells David’s story — and how David has opened him more fully to his Christian faith — in his new book that’s part memoir and part devotional, “Perfect: Sacred Stories from the Heart of a Dad” (Koehler Books).

Having a special needs child isn’t easy, and their life is more unpredictable than perfect, Wagner said. But he’s proud to be David’s dad. “I’m not the father of a kid with disabilities, I’m David’s dad,” said Wagner, who has spent most of his career with Young Life, first in Washington, D.C., and for the last five years in New York City. “There are challenges with that and incredible joys, just like with any child.” 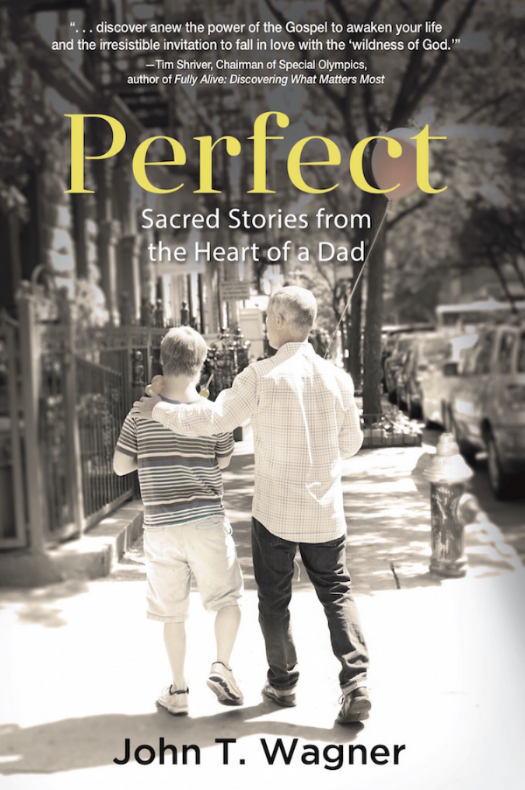 David teaches him every day to live life the way God intended, Wagner said, wide open, with joy, wonder, excitement, forgiveness, courage, gratitude and most of all, love. David was a gift 17 years ago that he didn’t know at the time how much he needed.

“What was it that God was trying to do for me through David?” asks Wagner. “He’s been the perfect gift for me. He’s not perfect, and I’m not perfect. But in terms of a gift to me, he was perfect.”

Wagner, 56, is senior vice president of the Greater New York Division of Young Life, a nondenominational Christian ministry for children and young people. A native of Upper Marlboro, Maryland, he knew that he wanted to work with children dating back to his days at Wake Forest. He dove into Young Life and Intervarsity Christian Fellowship and volunteered at The Children’s Home in Winston-Salem. Shortly after graduating with a degree in psychology, he joined Young Life to work with inner-city kids in Washington, D.C.

“Life was good, real good, almost perfect,” he writes. He and his wife, Gae, had two young children, Michael and Jessi (’15), when they decided to have another child. They were unprepared for what happened when David was born. 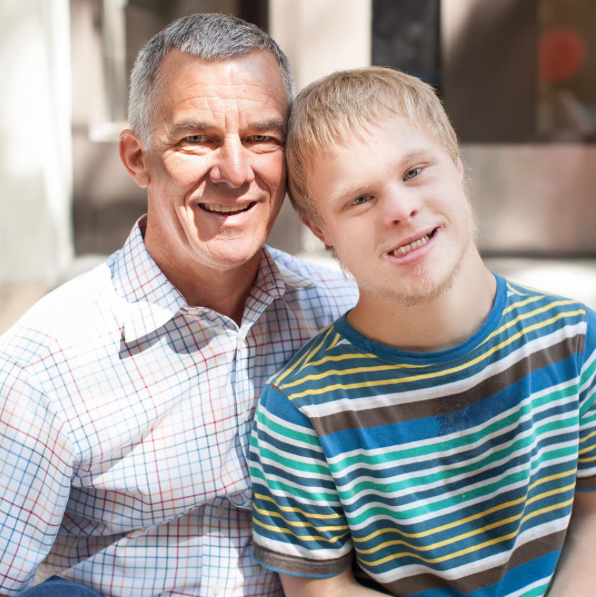 “No parent of a special needs child doesn’t remember who was in the room, what it smelled like, what it sounded like, what it felt like, when they hear that their kid has Down syndrome,” Wagner recalled. “We were just devastated. Gae said, and I was thinking the same thing, ‘we will raise this child, but we’ll never be happy again. Our life will never be normal again. It’s over.’ Seventeen years later, we couldn’t have been any more wrong.”

Wagner also has a divinity degree from Fuller Theological Seminary and is an ordained Presbyterian minister. But that didn’t stop him from asking the difficult questions after David’s birth. “Is this a mistake, did God create him this way on purpose? What does it mean to be made in the image of God when things don’t work right? Does God have disabilities? None of us are perfect; God put David together just the way he wanted him to be.”

As David grew up, Wagner started keeping a journal, which led to “Perfect.” David loves baseball, dancing, swinging, “daddy time” and the ocean. Wagner writes about the simple joys of raising David — tandem bike rides, unwrapping Christmas ornaments, winter break trips to Florida — and the challenges — trying to find an appropriate school for David when the family moved to New York and then trying to actually get him to go into the new school or their new church. 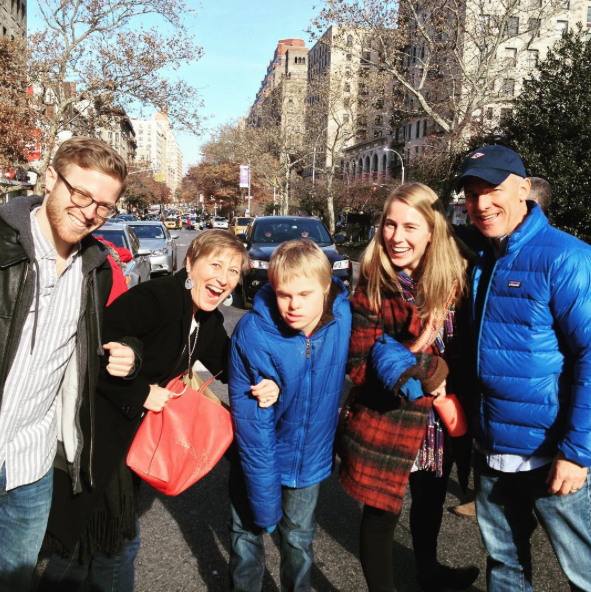 Along the way, something unexpected happened. “I realized that God was shaping me and teaching me in ways I had never experienced before,” Wagner writes. “Hardly a day would go by where I wouldn’t learn something about me, about life, and about God and Jesus through David  — things about joy and peace and rhythm and courage and celebration and gratitude and suffering and surrender and what it means to be cherished and loved.”

Most of all, David has taught him about love, Wagner writes. David doesn’t see black or white, rich or poor, it doesn’t matter to him when he greets strangers with a “Howdy, partner” or an “Aye, aye, Captain.” “There is a love of God pouring through that kid,” Wagner said. “If we are an ‘earthen vessel,’ his vessel is a little more cracked than others; love just oozes out of him like crazy.”

David also has taught him to change his definition of success, Wagner writes. It’s not about making the honor roll or making a lot of money. “Life is simpler: good bowl of chips and hummus, a big plate of spaghetti, a ride on the tandem (bike), a trip to the playground, an afternoon with his mom and dad. It’s almost like he’s saying, ‘You know, Dad, all that stuff you think about and worry about, it’s okay. God’s got that. And he gave you me to prove it.’ ” 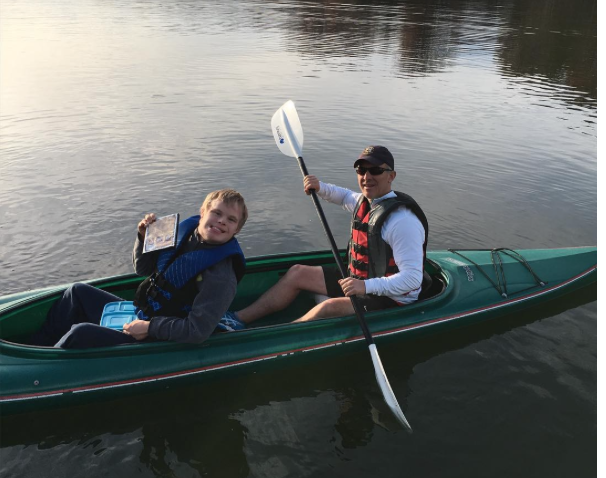