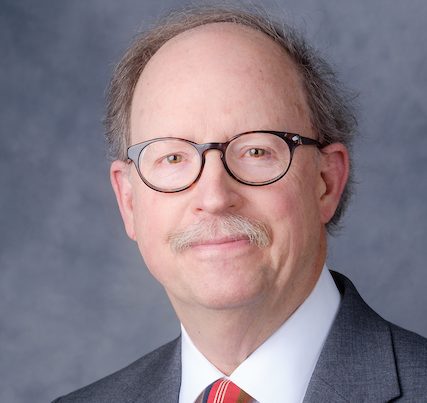 The online conference honoring the four newest members of the Wake Forest Writers Hall of Fame was called WordsAwake4!, but the fêted alumni and the speakers who shared on the art and craft of writing went far beyond words.

Emotional gratitude, visions of life purpose and a sense of wisdom acquired at the University and beyond infused the webinar held April 16-17.

Also honored was Tom Phillips (’74, MA ’78, P ’06), the man behind WordsAwake! from its inaugural celebration in 2012, when the University inducted the first 15 members of the Writers Hall of Fame. Phillips retired as associate dean and director of the Wake Forest Scholars program last year but organized this conference.

Dean of the College Michele Gillespie presented Phillips with a book of warm letters from colleagues and those he has mentored. The “Gentleman Scholar,” as his memento book calls him, worked 46 years at Wake Forest, in admissions, for the provost and dean of the college and helping students win Rhodes, Fulbright and other postgraduate scholarships. “We want to celebrate you for this fabulous brainchild of yours that is WordsAwake! It’s such an inspiration to all of us,” Gillespie said. Read more about Phillips and earlier Hall of Fame recipients . 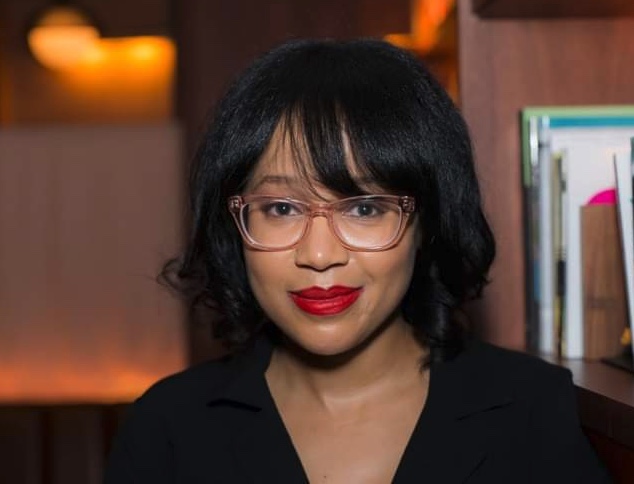 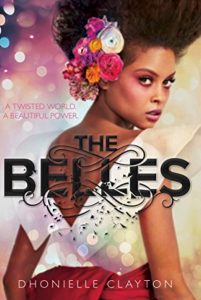 Dhonielle Clayton’s four novels include “The Belles” (Disney-Hyperion, 2018), in which women of color collaborate and contend for power in a parallel world run by and for beauty. The book won dozens of national awards.

Kicking off the conference was featured speaker Dhonielle Clayton (’05). A self-described “grumpy bookworm” as a child, Clayton just wanted to be left alone to read books, “my first friends.” After Wake Forest, she graduated to “grumpy librarian and teacher,” she says.

Today, she is an author of young adult fiction, co-founder of a company called Cake Literary and “a tiny tyrant” advocating for diversity in literature for young people. Despite receiving ugly emails and even death threats, Clayton has pushed to increase underrepresented characters, in gender or sexual identification, racial, ethnic, cultural and religious status or the presence of disabilities.

She was motivated by a heartbroken young student originally from Burkina Faso in West Africa who was crushed when Clayton, then a middle-school librarian, couldn’t fulfill his request for books with fantasy or science fiction heroes of color, despite an exhaustive search.

“At the time there was nothing, nothing, not a single book, and he was devastated. It was one of the first times I’d seen him cry,” Clayton said. “That was only seven years ago.” 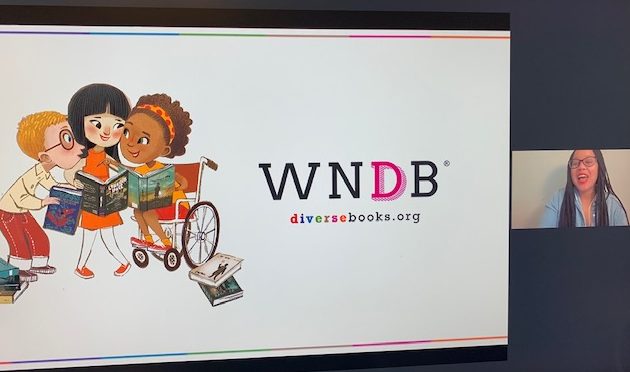 Screen shot of the website for We Need Diverse Books (WNDB), a nonprofit for whom Dhonielle Clayton ('05) is volunteer chief operating officer. Clayton, right, is sharing her screen at the virtual WordsAwake4! writers conference to describe WNDB's mission.

A professor in a required writing class during Clayton’s pursuit of a master’s degree in children’s literature encouraged her to become a writer. Today she devotes herself to multipronged efforts to ensure that all children can see themselves in the pages of books. She is the volunteer chief operating officer of We Need Diverse Books, a nonprofit at diversebooks.org that offers feedback and resources to the publishing industry, educators, librarians and authors.

The group gives awards for the best diverse books and publishers, makes grants to writers, forms books clubs, has created an app for educators, librarians and parents to find diverse books, sets up mentor and intern programs, produces short-story anthologies, including one she edited, and more.

“Stories and books are the way we make sense of this weird and messy human experience,” Clayton said. “Story is our connection to each other. And it’s the one instrument we have that we can all understand.”

Those named to the Hall of Fame shared what it means to them and how Wake Forest influenced them. Their comments, edited and condensed, come from a morning panel moderated by Associate Vice President and Editor-at-Large Maria Henson (’82), who leads Wake Forest Magazine and belongs to the Hall of Fame, and from the afternoon induction ceremony. 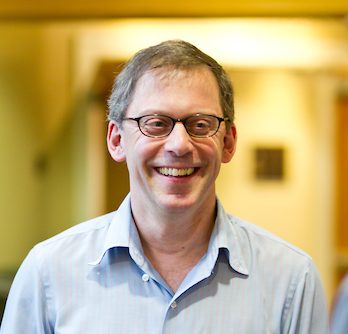 (Wake Forest) absolutely shaped me as a writer. When I graduated from high school, I wanted just to go to New York City and be a writer. And then Tom Phillips … offered me a situation at Wake where I could do open curriculum, which basically meant I didn’t have to do chemistry. I found it a really liberating place.

I had great teachers, but it was the extracurricular activities that really fired me up, the opportunity to put on a couple of plays with my peers and travel (to Casa Artom in Venice, to Ireland and to Paris). I had a lot of people at Wake Forest who really believed in me as a writer.

I also have a very personal reason for valuing Wake Forest in my evolution into a writer. That’s because I met my wife (Caryl Casson) there. She was only there for a few days. She came to see a play I wrote and performed at Reynolda House. The next day I was wandering through the gardens, and there she was, this beautiful, red-haired woman from England. Sparks flew. We got married and have four wonderful children. I was able to find the woman and the family that made it all possible for me.

Steve Duin, who was a sports writer, political columnist and eventually metro columnist at The Oregonian in Portland, Oregon: 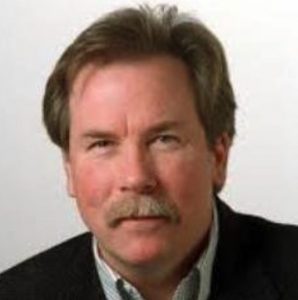 Anytime I knocked on the door at Wake, it was opened by someone like (English professors) Ed (Wilson ’43, P ’91, ’93, provost emeritus), Laura Rice, Doyle Fosso (P ’81), Michael Roman or (Sports Information Director) Charlie Dayton (’72). There was invariably forgiveness for all my clumsiness. I’ll never know how Bynum Shaw (’48, P ’75) survived his weekend with the first of my many unfinished novels.

When (Professor Emeritus of History) Jim Barefield shook his skeptical head and said, yes, I could join him in Venice in the fall of ’75, this University changed my life, my boundaries and my sense of possibility. When Ed Wilson realized that I had not successfully completed my study abroad experience by marrying into an Italian family, Wake Forest paid for another semester abroad in London, during which I met the Italian, albeit another Wake student from Potomac, Maryland, who became my wife (Nancy Natelli Duin (’79)).

Because Wake facilitated every one of my trials and errors, it helped eliminate all confusion about what I was born to do. I belonged in a raucous newsroom for 40 years, as it turned out.

To discover that my alma mater is determined to set a plaque somewhere on campus that documents just how blessed I’ve been … (pausing with emotion) … I don’t have the words to express my gratitude.

Clint McCown, professor of writing at Virginia Commonwealth University and the Vermont College of Fine Arts:

Virtually every good thing that came to me in my adult life was through my acceptance to Wake Forest.

As an undergrad, I had the usual support from the usual titans, but I have to say I was no star. I was mostly a theater geek, and I practically lived on the top two floors of the library, which was where all the plays were performed. My guiding lights were Harold Tedford (P ’83, ’85, ’90), Don Wolfe and the indomitable Mrs. Caroline Sandlin Fullerton. I left Wake two courses short of graduation because I got a chance to study acting for a year at Circle in the Square on Broadway. Every lesson I learned at Wake and elsewhere about creating a character onstage applied equally to creating a character on the page.

I’ve never been able to settle on just one genre, and if anybody asked me why, I would have no idea how to answer. But a better question is why do I bother to work in any genre at all?

Well, that question I can answer because I learned it from Shakespeare while I was at Wake. In “Hamlet,” our tragic hero gives the troupe of players a lesson in their art. He tells them “to hold, as ’twere, the mirror up to nature.” And, of course, he was talking about human nature. The true performer or writer shows us who we truly are and also for well or ill who we are capable of becoming. So the difference writing makes is pretty simple. It makes all the difference in the world.

Mike Riley, journalist and president, CEO and editor-in-chief of The Chronicle of Higher Education: 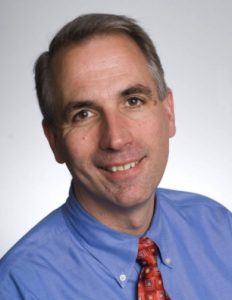 What really strikes me is the connections that have been woven from Wake Forest, not just at Wake Forest, but well beyond, and how seminal that was and how it started even before I got to Wake Forest. In high school I had a senior year English teacher named Lamar Helms (’71, MA ’75). He inspired me to pursue words and writing, and he convinced me to go to Wake Forest, and a small scholarship didn’t hurt, either. What I was struck by when I got there was just how amazing the English faculty was. Ed Wilson, throughout my career, I would keep getting these little notes from him at different times and different places.

Then there was Bynum Shaw. He inspired me to pursue journalism, took me under his wing, persuaded me to become the editor of the Old Gold & Black my senior year. In 1981, it was the recession. I was writing letters to newspapers everywhere, and they were all rejecting me, and Bynum finally came through and sent me to Lexington, North Carolina, to interview (at the Lexington Dispatch) with a fellow named Ralph Simpson (’68), who offered me a job.

(Later) I wanted to study digital technology and decided to apply for a Nieman (fellowship at Harvard), and guess who was a Nieman in that year? Maria Henson (’82). So, she was my Sherpa and helped me understand what I needed to do. When I went to Bloomberg Government in 2010, who was there? The infamous Al Hunt (’65, D.Litt. ’91, P ’11), who is a mentor and a friend.

Read a story about the keynote speech at WordsAwake4! by national security reporter Shane Harris (’98) discussing the state of journalism.