I graduated from Wake Forest in 1981 with a degree in politics, rather than politics and international affairs, as Wake Forest calls it today. That is not the only thing that has changed. Wake Forest did not have a study-abroad program nearly as extensive as it does today.

My spouse, Professor of Communication and Film Studies Mary M. Dalton (’83), is resident professor at Worrell House in London this semester, which gives me a sense of the immense value a semester abroad brings to undergraduate students. Even though I’m not involved in day-to-day classes with the students, I am already marveling at the difference this experience will make in their lives … and in mine!

When I was a student, Jack Fleer served as the resident professor at Worrell House soon after the house opened in 1977. In January 1979, he led a group of students to Washington, D.C., where he taught a four-week course in politics. I was one of those students. As enriching as that experience was, it was very focused. Each of us followed a bill through Congress and immersed ourselves in the legislative process and the D.C. environment. 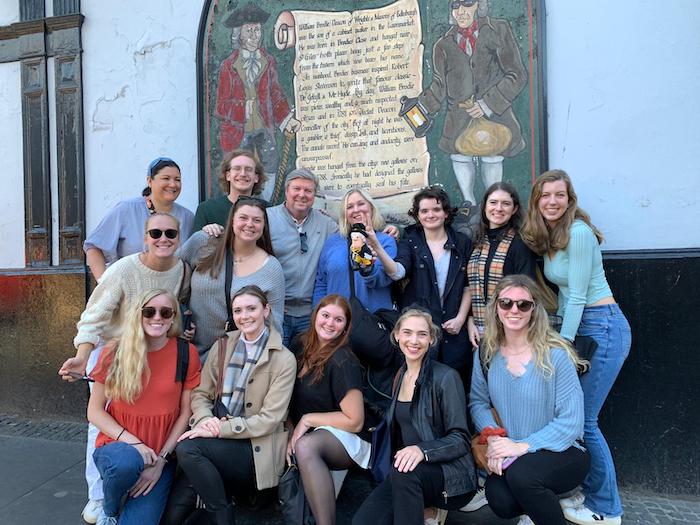 Things are very different for students at Worrell House. In addition to experiencing life in London, these students are taking multiple courses, seeing a wide variety of cultures and traveling across the United Kingdom and Europe. Less than a month into the semester, they’ve already been to Hampton Court Palace, theatre performances, galleries and museums and on walking tours in addition to attending class sessions.

Nevertheless, several of the students have told me that the cultural exchanges — meeting the people, coming to mutual understandings — have already been a highlight, and I agree. This is particularly the case when timing lands you right in the middle of major historical events. 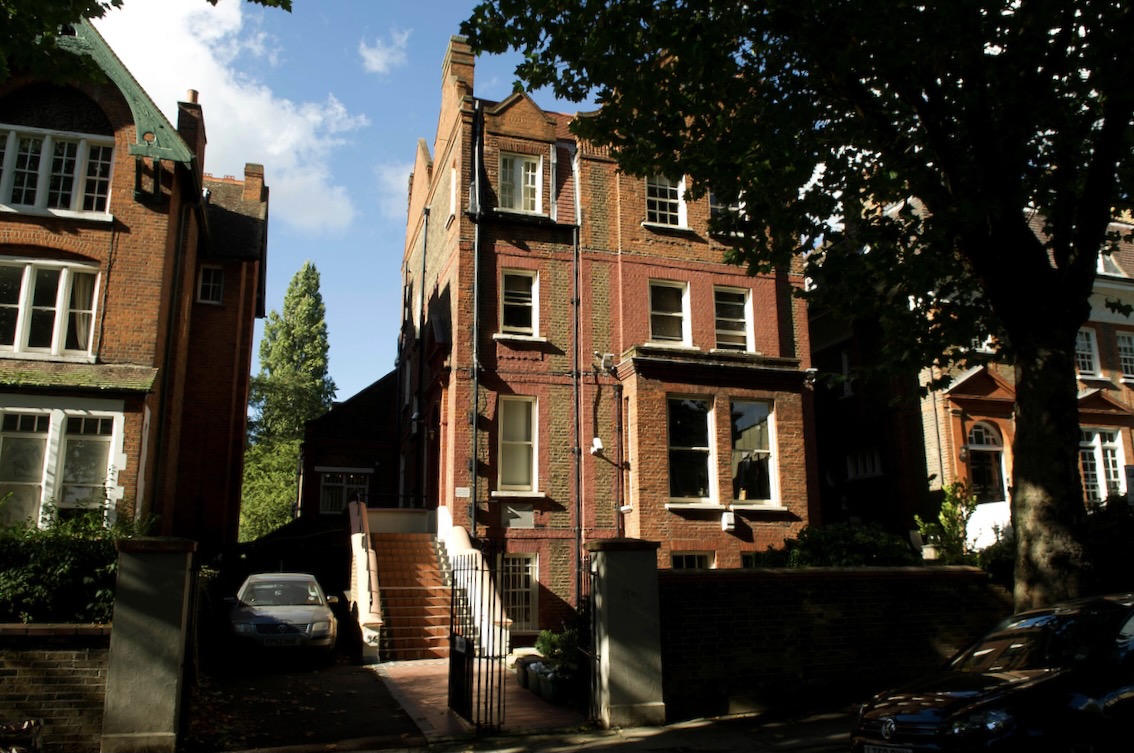 Worrell House was purchased in 1977 through a gift from Gene Worrell (’40) and his wife, Anne.

Last week, we traveled by train to Edinburgh, Scotland, just a couple of days after a dramatic change in the British government. Boris Johnson had resigned as prime minister and was succeeded by Liz Truss. Queen Elizabeth met with each separately at Balmoral Castle in Scotland to accept the resignation of the former and to usher in the latter.

While on the train, we received word that the Queen had passed away at Balmoral. The next step would be to have her casket brought to Edinburgh to the Palace of Holyroodhouse before traveling up The Royal Mile to rest at St. Giles’ Cathedral. Whether you are a “royalist” or not, to be in London, then in Edinburgh, to witness a change in the government leadership and the monarchy in the same week was simply extraordinary, and students at Worrell House demonstrated full appreciation of the significance.

We had one student with dual U.S. and Australian citizenship who stood in queue during the middle of the night for eight hours to pay her respects to the Queen. A highlight was getting to say hello to David Beckham. We had four students who went to the funeral, getting up before 6 a.m. for the outing. The telly was fine for Mary and me. 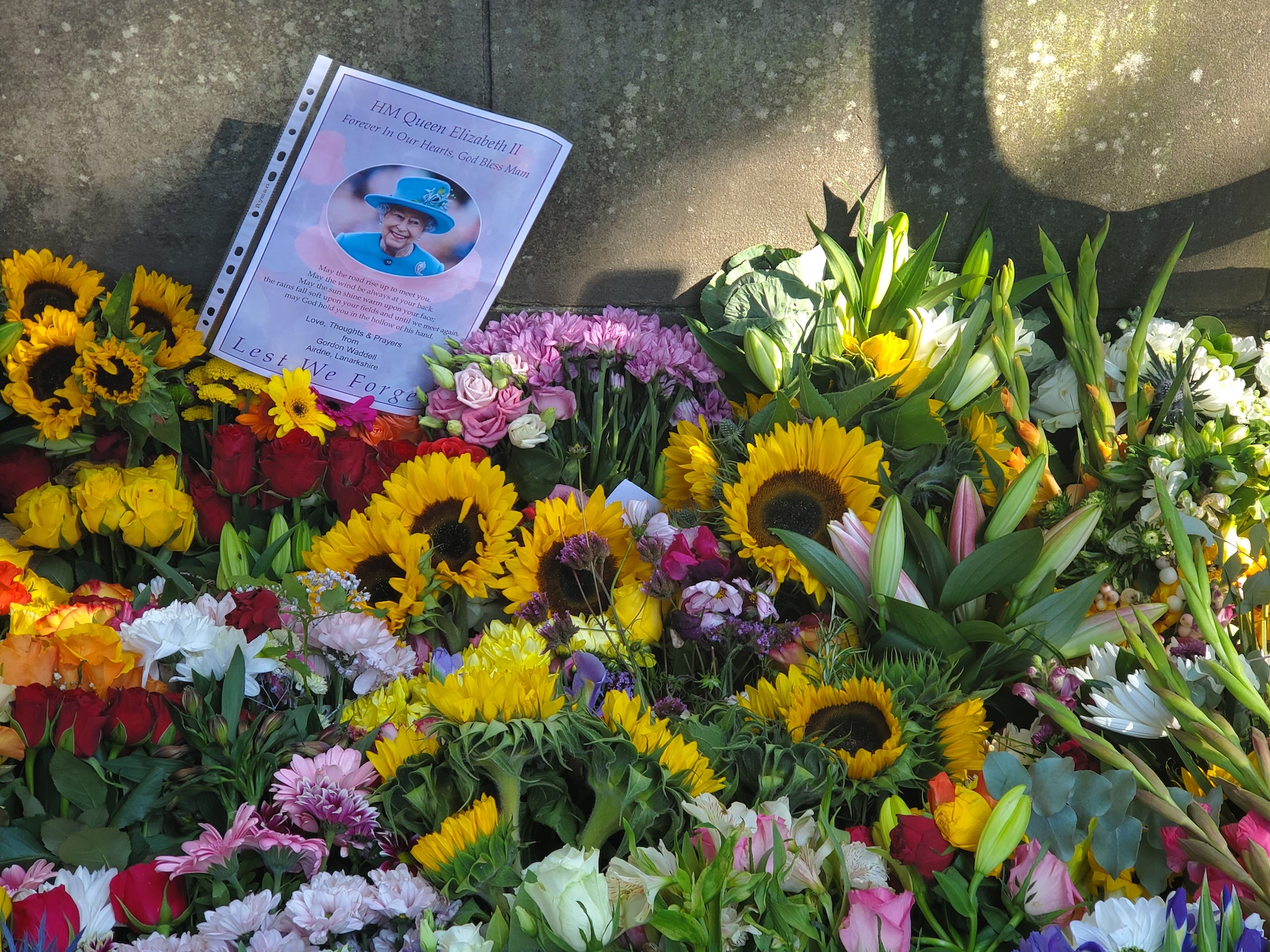 The students appreciate ordinary moments, too. Mary and I arranged to meet the students at Deacon Brodies Tavern, a pub located along The Royal Mile. While waiting, we met some friendly folks about our age from Scotland. When the students arrived, they joined the conversation, and the whole place lit up! Of course, we had to discuss the differences between British and U.S. football. (Our new friends’ favorite team was Newcastle, and several students were watching the Wake Forest football game on their phones.) The students loved the camaraderie and acceptance across cultural and age boundaries.

With about three months left in the semester, their adventure (and ours!) is really just beginning. I am so pleased to see Wake Forest grow its international programs and afford students this sort of opportunity.

Ten years after I graduated, about one-third of WFU students were graduating with degree credits earned abroad. By 2020, that number doubled to two-thirds of graduates. According to the 2021 Open Doors study, Wake Forest ranks third among doctoral U.S. colleges and universities in the percentage of students studying abroad. This is phenomenal growth from when I was a student and represents an opportunity to expand Pro Humanitate across the globe. 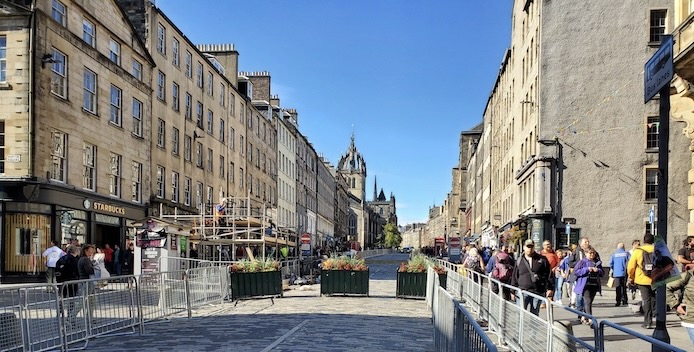 This group of students studying at Worrell House possesses an intellectual curiosity and a concern for others that give me hope for the future. Our motto, Pro Humanitate, often is taken to mean an emphasis on community service. I think it also can focus on the concept of human dignity — the recognition that human beings possess a special value intrinsic to their humanity and are worthy of respect simply because they are human beings. That honor and respect is about who they are, not just for what they do. It need not be earned, and it cannot be taken away.

As the students emerged from Deacon Brodies last week, I could see that spirit of human dignity within them. They are learning and growing each day. Cultural exchanges, such as the one we had at the pub, are part of the educational experience that extends beyond what they read in books and journal articles.

Have to go. Time to get back to the adventure.

Dave Middleton (’81) lives in Jamestown, North Carolina, with his spouse, Mary Dalton (’83). They have four grown children. Middleton serves as EVP/COO of The Pemberton Collective and as an interim executive director for nonprofits with the LIFT Connection. He is attempting to be semi-retired but finding it difficult to slow down. Editor’s note: Middleton was Student Government president when he was a senior at Wake Forest. 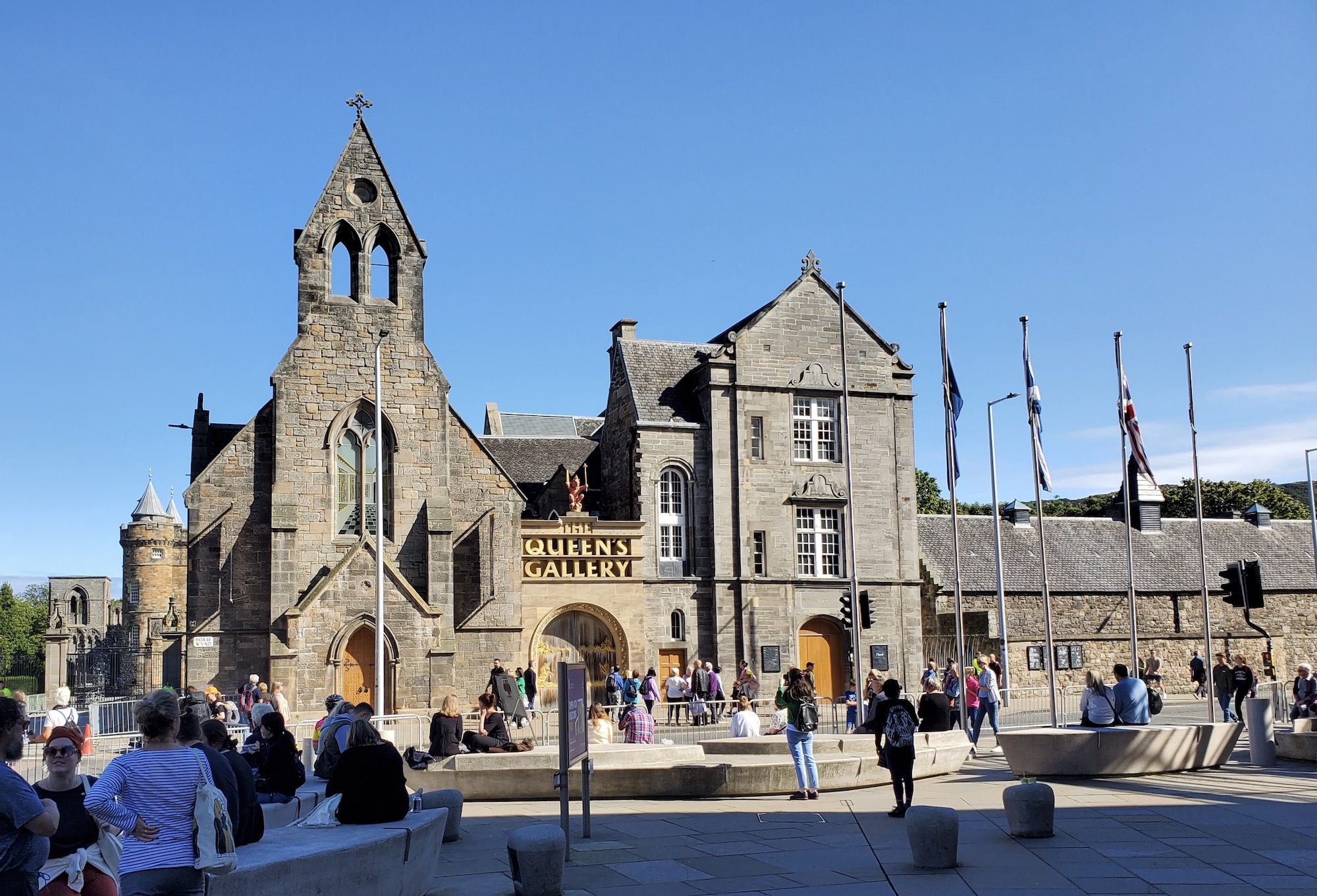 The Queens Gallery, an art gallery in Edinburgh, Scotland, near the Holyrood Palace.