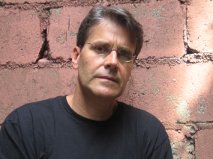 Not many of us are so devoted to serving the poor, the homeless and drug addicts that we’d move our young family right in with them. But that’s what the Rev. Taylor Field (’76) did when he moved with his wife and two toddlers — including future Wake Forest graduate Owen (’08) — to New York City’s Lower East Side in 1986.

In a neighborhood marked by abandoned buildings, crack houses and a park filled with homeless people, the one beacon of hope was a storefront mission church, East 7th Baptist Church, better known as Graffiti Church because of — well — the graffiti painted on it. When Field was called to serve as pastor there, the locals bet against him surviving. He had “to confront the dealers, embrace the users and feed the homeless by the hundreds,” he said. 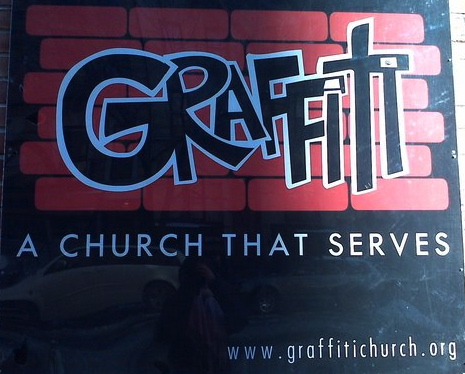 Twenty-five years later the neighborhood has been transformed. Drug dealers no longer rule the streets, youth are more likely to ask for a donation for a mission trip than panhandle, and hope has replaced despair. “I’ve seen so many miracles,” Field said. “We need 500 blankets and I get a call that someone’s on the way with them.”

Graffiti occupies a new building down the block from its original location and is bursting with programs that serve the Lower East Side, the South Bronx and Brooklyn, including a legal-assistance ministry run by Owen Field.

“We’re a church that seeks to serve the unserved, those who have fallen through the cracks, those who live in the shadows,” Taylor Field said. “When you have a party, invite the poor, the maimed, the lame and the blind,” he says, quoting from Luke 14:13. “They can’t pay you back.”

East 7th Street is about as far as you can get from Wake Forest and Field’s Baptist upbringing in his native Oklahoma. After graduating with a degree in English, he worked at the Salvation Army in Winston-Salem, then took the advice of several Wake Forest religion professors and earned a master’s in divinity at Princeton.

He worked with the Southern Baptist Convention’s Christian Social Ministries in Harlem for a year and taught religion and philosophy in Hong Kong before earning a Ph.D. at Golden Gate Baptist Theological Seminary in California.

The path to Graffiti started when he realized that he was becoming a “talking head,” talking about serving the poor, but not doing anything about it, he said. “I feel like God has a calling for every person, to find the one thing that you must do. It took me a while to find out what God wanted me to do. 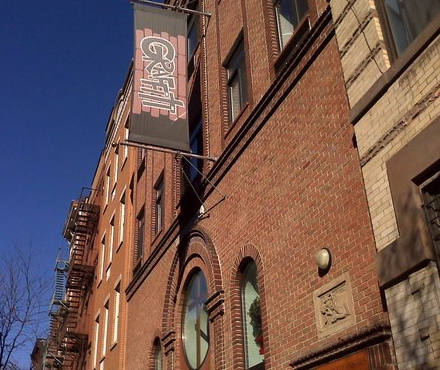 “I knew that what I loved doing was expressing God’s love in tangible ways — tutoring a child, giving someone a sandwich, providing a blanket, helping in some practical way. That’s what makes my heart sing and continues to make my heart sing. In the early days, that might be cleaning a toilet, but I was at peace with it and glad I was there.”

After run-ins during the early years with the neighborhood drug lord, a knife-welding man and the police — he was once arrested for protesting the city’s removal of homeless people from a park – Field admits that there was a time when he wondered what he was doing there.

But he has a slogan written on a blackboard in the church that reads: “Out of bad comes good.” It’s in Latin, a nod to his Wake Forest education, he says. It’s also a nod to what’s happened in the church’s neighborhood.

“What I learned from Taylor was not so much what it means to be a good, strong person, but how to live as one. It’s one thing to tell yourself to love others above all, but it’s another to treat strangers who are having a hard time as though they were family. It’s one thing to preach hope and optimism while living in a world full of hate and confusion and anger, but it’s another to live with hope and optimism. Taylor does all these things.”

“We want to be a light, not lightning,” Field said. “Lighting is a big boom and a big flash and then it’s gone. A light keeps shining. We want to help families long term.”

Graffiti has helped start 29 other churches and expanded its programs to other parts of the city. Music, dance and service programs are offered in Long Island. Graffiti Legal Services, directed by Owen Field, offers legal advice and adult education classes in Brownsville and other parts of Brooklyn. A program in the South Bronx helps children and families.

And those who once needed help are reaching out to help others. After Hurricane Sandy hit New York last fall — flooding Graffiti’s basement — church members cleaned up 21 buildings in the neighborhood.

Field, 58, has written several books about his experiences, including “Upside-Down Freedom,” due out this spring. His wife, Susan, is religious life advisor at Columbia University and chaplain affiliate at New York University. Their son Freeman helps coordinate Baptist work teams throughout the New York area. Owen Field graduated from the University of Buffalo School of Law before joining his father’s ministry.

Field hopes students — and others — take to heart a lesson he learned at Wake Forest 40 years ago. “I remember reading Albert Schweitzer, who said something like ‘first think, then do.’ Wake Forest helped me do that. You don’t just think, you do.”