For our annual look at summer’s hottest books, seven alumni writers share their top picks for summer reads — some hot-off-the-presses and some old favorites — that you won’t be able to put down. 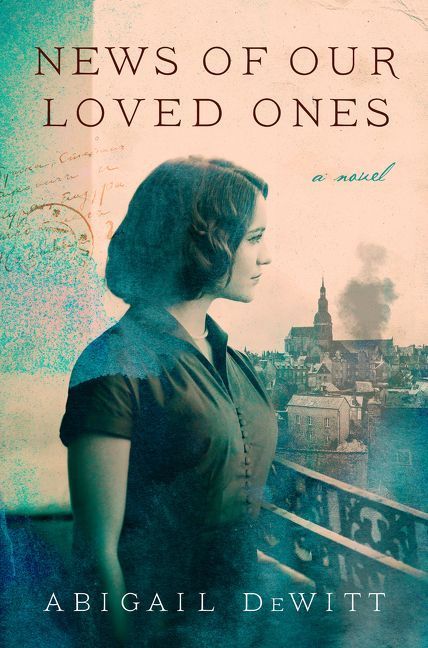 “News of Our Loved Ones” (2018) by Abigail DeWitt and “We Must Be Brave” (2019) by Frances Liardet are beautifully written, moving stories about people who were deeply affected by World War II, although they are about love, memory and complex relationships, not battlefield action. DeWitt, a North Carolinian, draws on the experiences of her French mother, who lost her mother, grandmother and sister in the Allied bombing of her home village in Normandy on D-Day. 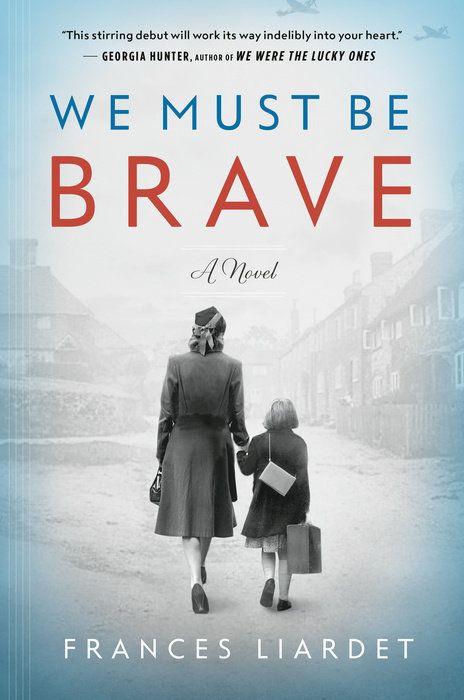 Liardet, a British writer, tells of a young, childless wife in an English village who takes in a small girl who turns up alone when a bus brings refugees from the German bombing of a nearby city. Both of these sensitive, memorable novels deal with the damage war does to ordinary people, and how one fateful day can leave its mark for the rest of a life. Both offer insights into human nature as they tell the story of World War II in an original way.

Brinson is a retired book-page editor and editorial page editor at the Winston-Salem Journal who lives in Currituck County, North Carolina. She continues to write book reviews on her website, Briar Patch Books. She also writes book reviews and features for the Greensboro News & Record and is a contributor to the editorial page of the Norfolk Virginian-Pilot. She was named to the Wake Forest Writers Hall of Fame in 2018. 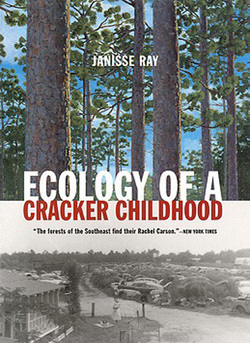 This year marks the 20th anniversary of the publication of “Ecology of a Cracker Childhood” by Janisse Ray. I learned about Ray a few years ago, as I was gathering information about southeast Georgia and northeast Florida for my own book. Ray is an environmentalist, naturalist, activist and poet. The book is both a memoir of a girl growing up in the rural South and a call to protect the few remaining stands of longleaf pine in the southeastern United States. Ray’s childhood playground was her father’s junkyard, the family business. He suffered from mental illness, and the family was socially isolated due to his fixation on narrow religious doctrine. She captures these experiences without bitterness, but gently and with forgiveness, through beautiful and memorable prose. Ray alternates the chapters of her hardscrabble upbringing with essays of her love for the disappearing longleaf pine tracts. The book is a tribute to a hidden and little-known region of the South.

Duncan is the author of “Cracker Gothic: A Florida Woman’s Memoir” (2019), her story about growing up in Green Cove Springs, Florida. Duncan was assistant director of Wake Forest’s Master of Arts in Liberal Studies and Lifelong Learning programs before retiring in 2017, but she continues to work as a consultant. She rediscovered her love of writing while earning her MALS degree. 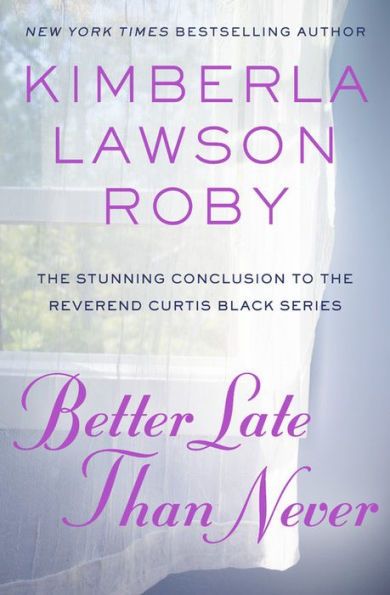 Kimberla Lawson Roby has done it again with her page-turning novel, “Better Late Than Never” (2018), the last book in The New York Times best-selling Reverend Curtis Black Series. In this farewell tour de force, Roby takes readers on an emotional journey with characters whom her legion of dedicated readers have come to love and hate, as well as new characters who shock and add another level of intrigue, mystery and excitement to the story. What makes this book stand out is the masterful storytelling that is layered with subtle nuances and relatable characters that pull the reader in. The Black family must deal head-on with family secrets that cause unspeakable pain and mistrust. For anyone who has experienced family dysfunction (i.e., everyone), this book will make you look at your relatives and yourself through a different lens. (Netflix has acquired the rights to the Reverend Curtis Black Series and will begin production soon.)

Hickman Hayes is the author of eight novels, including her latest, “Deadly Satisfaction” (2016). Her next novel, “The Other Side,” will be published by Dafina Books on Sept. 24. She lives in Washington, D.C., and blogs at fabuloussouthernbelle.com 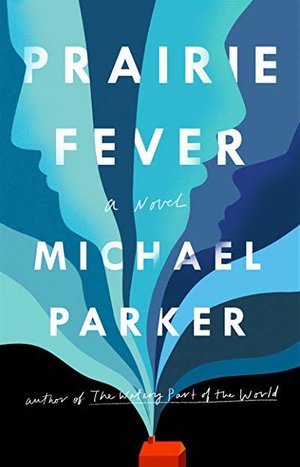 Michael Parker has been teaching at the University of North Carolina at Greensboro for 27 years and has produced 10 books. His latest is “Prairie Fever” (2019) that he describes as follows: “Set in the hardscrabble landscape of early 1900 Oklahoma, but timeless in its sensibility, Prairie Fever traces the dynamic between two sisters: the pragmatic Lorena and the chimerical Elise. Their connection to each other supersedes all else, until the arrival of a schoolteacher sunders the sisters’ relationship as they both begin to fall for him.” 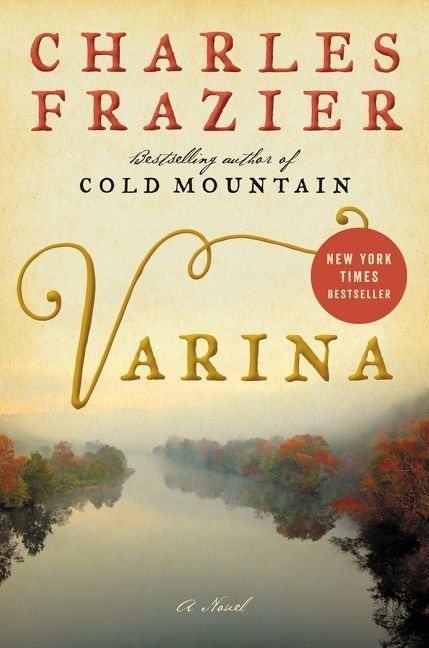 A book that was published last year is the perfect book for a quick summer read. Who can forget Charles Frazier’s “Cold Mountain” (1997), which stayed on the best seller list for an extended time? Now Frazier has another book with a Civil War connection. “Varina” (2018) is the story of the wife of Confederate President Jefferson Davis. Varina is a strong woman who supports and protects her husband and family.

Hensley has donated to the Z. Smith Reynolds Library his collection of some 10,000 books by contemporary North Carolina authors, along with 50,000 chapbooks, newspaper and magazine articles, and photographs. He lives in Greensboro, North Carolina. 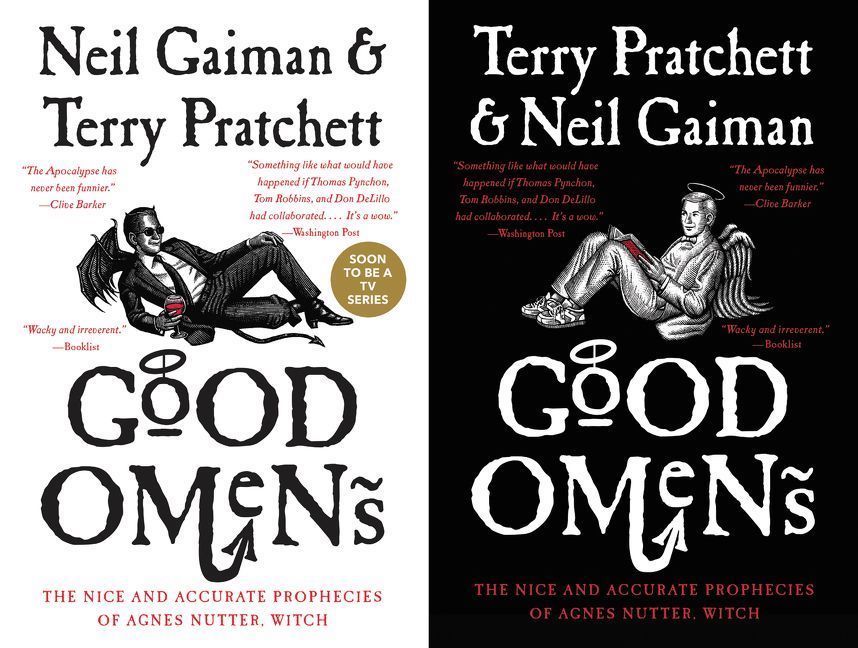 As anyone who follows me knows, I am a big fan of Neil Gaiman’s work. Two of my favorite Gaiman books are “Neverwhere” (2007) and “American Gods” (2001), both of which have been translated into television shows and radio plays. And now another of his books, albeit cowritten, is about to grace the small screen. With the television show coming out at the end of this month (May 31, on Amazon Prime Video), I’m going to recommend “Good Omens: The Nice and Accurate Prophecies of Agnes Nutter, Witch” (1990) by British authors Terry Pratchett and Neil Gaiman. These two masters of fantasy and satire create the unlikely friendship of demon and angel as they work to postpone the coming Apocalypse as they have each, over the millenia, grown quite accustomed to their earthly lives. Humorous yet poignant, these two experts at whimsical fantasy spin a tale that will keep you engaged. This book came out during my freshman year at Wake Forest and was nominated for the World Fantasy Award and Locus Award for Best Fantasy Novel. A bit of college nostalgia that is about to have a second renaissance.

Darin Kennedy is a family physician in Charlotte, an Iraq War veteran and author of the Fugue & Fable paranormal thriller series that combines murder, mystery, dreamscapes and Russian classical music, as well as his contemporary fantasy series, “The Pawn Stratagem,” which sits at the intersection of magic, superheroes and the ancient game of chess. 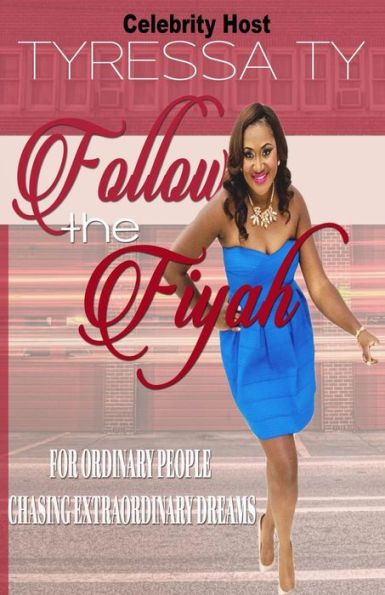 “Follow the Fiyah: For Ordinary People Chasing Extraordinary Dreams” (2016) by Tyressa Ty is a summer read (and re-read) of mine. Part biographical, part best practices and part guidance for people to identify and pursue their passions (professional, community and otherwise), it also has a recap at the end of each chapter for readers to take notes, reflect and help map out their action plans. It’s a very helpful resource for me as it provides the catalyst for me and my journey as an author.”

Snorton is the author of “Deeper Than Your Deepest Sleep: Thoughts on Love with Joseph Snorton” (2016), a poetry-based look at love via broader lenses of family, community and beyond, and “9 Stories of Faith: Volume 1” (2018). He lives outside Atlanta. 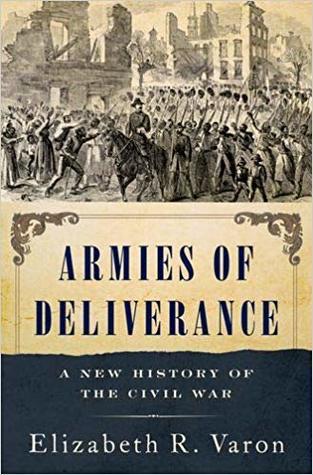 I’ve finished my next book about espionage during the Civil War. But I’m still reading other books about that tragic conflict. Elizabeth Varon, an American history professor at the University of Virginia, had previously written an excellent book on a Civil War character, which helped me greatly in my research. So I was eager to read her new book, “Armies of Deliverance: A New History of the Civil War” (2019). I was curious. Thousands of Civil War histories have been written. What could she bring new to the subject? A lot, I discovered.

Northern war aims — the reason hundreds of thousands of Union soldiers sacrificed their lives — were varied. The North was fighting to save the Union, later in the war to free the slaves. Varon makes a strong case that an overriding Northern war aim was deliverance. Northerners wanted to deliver poor and working-class Southerners from the tyranny of slave-holding plantation owners. Northern soldiers discovered quickly that Southern masses were diehard Confederates as well. But that didn’t dull Northern ardor to liberate the South, writes Varon, so it could enjoy “the blessings of free society and of modern civilization.”

Waller is a former correspondent for Time and Newsweek. His next book, “Lincoln’s Spies: Their Secret War to Save a Nation,” will be published by Simon & Schuster on Aug. 6. Waller, who lives in Raleigh, was recently inducted into the Wake Forest Writers Hall of Fame.