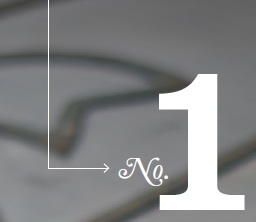 Giving back. Paying it forward. At the core of Wake Forest’s values and principles is the motto that unites us all. “Pro Humanitate calls on us to live selflessly and focus our energy on helping others,” says Shannon Ritchie (’07). 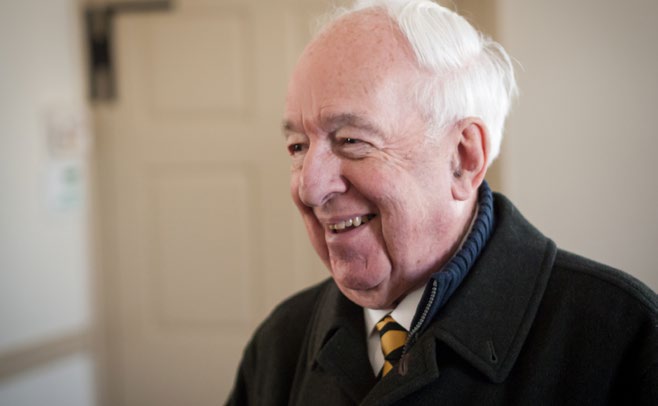 With a specialty in the poetry of the British Romantics and an abiding faith in the highest values of our brand of liberal arts education, the retired English professor has long been known as “Mr. Wake Forest,” apropos of a mutual romance. 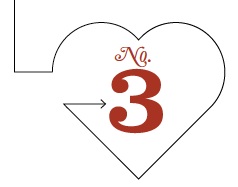 FOR BETTER  OR WORSE

What’s a warm and fuzzy distinction that 10 percent of our graduates share? They’re married to another Wake Forest alum! Around 8,643 Deacs are legally bound to other Deacs — in sickness and in health. So this place of lifelong learning is also a breeding ground for lifelong loving. Cupid surely has a gold and black arrow in his quiver. 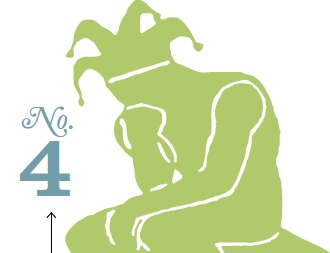 If you can’t say something funny about Wake Forest, come sit next to the Lilting Banshees. Those neon yellow flyers with “The Thinker” wearing a jester’s cap can only mean one thing: showtime. From the president to parking, nothing’s off-limits for this irreverent student comedy troupe known for its parodies of campus life.

No one ever displayed more school spirit than Doc, who cheered on the Demon Deacons in Groves Stadium in good times, and more often than not, in bad. Wearing his signature straw hat stuffed with ticket stubs, he’d charge down to the cheerleader platform and exhort the crowd to get behind the boys.

No one could spin a yarn like Doc either, and whether it was true or not was beside the point. And no one may have loved Wake Forest more (although he didn’t much care for the studying part, he often admitted). “No boy ever went to Wake Forest College and enjoyed it more than I did,” he once said. The late Murphrey also will be remembered as a most colorful 2005 recipient of the University’s Medallion of Merit: “That’s a heck of a medal,” he said. “If I hit a dog in the head with that thing, it’d kill him.” 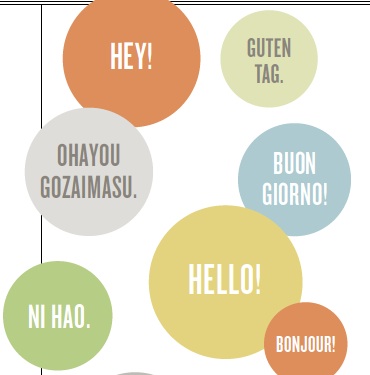 Students in a third-floor Tribble classroom might not know what occupies the building’s basement, but they ought to wander downstairs. There they will find the Wake Forest University Press, which got its start in the basement in 1976 and reigns as the premier publisher of Irish poetry in North America. 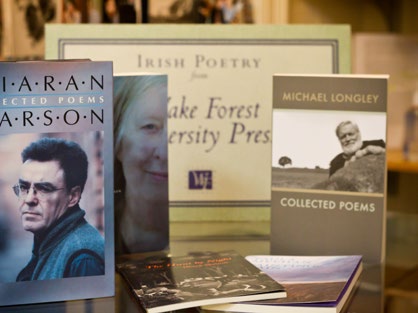 The former bomb shelter, designated for use to quell concerns during the Cuban Missile Crisis, has been churning out collections of Irish poetry by writers from Belfast to Dublin, from Ciarán Carson to Thomas Kinsella to John Mahon and Vona Groarke. The Press isn’t confined to the basement, however. Various published Irish poets have read their works on campus and occasionally have taught poetry here.

It allows a moment of childlike bliss, but on sunny days you may have to wait your turn.

TRICKS AND A TREAT

Were you there when the Energizer Bunny raced across the stage or the “Blues Brothers” wowed the crowd? The Wake Forest University Orchestra’s annual midnight Halloween Concert has thrilled and entertained for years with musicians dressed in costumes, music heard at haunted houses and the inevitable high jinks. This highly anticipated event is all treat — with some special tricks thrown in to make it an unforgettable tradition.

On Feb. 3, 1834, Wake Forest Institute opened its doors to its first student, a lad of 12 or 13 named John W. Crenshaw. Crenshaw was the son of William Crenshaw, a merchant and farmer at whose home the school’s founder, Samuel Wait, had been staying. Along with 71 other young men who enrolled the first year, Crenshaw was schooled in agriculture by day (historical documents indicate he served as a “water boy”) and the Baptist ministry by night. He went on to become Major J.M. Crenshaw and was quoted in George W. Paschal’s 1935 edition of “The History of Wake Forest College.” The “boys,” Crenshaw said, dressed as well as average people, wearing shirts, sleeved jackets, boots, a pair of drawers and “trap-door trousers,” usually brown. The long hours spent doing chores around the farm, as well as learning how to care for the spiritual needs of others and become a contributing member of society, forged values that today remain at the institution’s core. Thank you, John, for walking through those doors into history.

For fraternities, there is no better way to enjoy the warm weather than sitting on a couch outside and firing up the grills. As soon as a hint of spring arrives, bands of brothers can be seen redecorating their patios to better enjoy the sun, some sports, refreshments and the view.

With spotlights focused on Wait Chapel, celebrities roaming campus and media platforms dotting the Quad, playing host to Presidential Debates in 1988 and 2000 put Wake Forest on the world map. But the debates (the first between George H.W. Bush and Michael Dukakis, the second between George W. Bush and Al Gore) also provided a tremendous educational opportunity for students, faculty and staff. They worked behind the scenes with set-builders and anchors of major networks, provided expert commentary, participated directly in the political process and otherwise experienced firsthand the excitement of an event with international implications.

And let’s not forget that the idea to apply to host the 1988 debate was the brainchild of three enterprising students from the Class of 1989: Scott DuBois, Beth Dawson McAlhany and Mike Smith. There was “magic in the air” on those memorable nights, and it still lingers.

From the City of Joy to Haiti to Vietnam to the Samaritan Soup Kitchen and El Buen Pastor here in town, this campus community knows how to serve (in multiple languages, on multiple fronts). 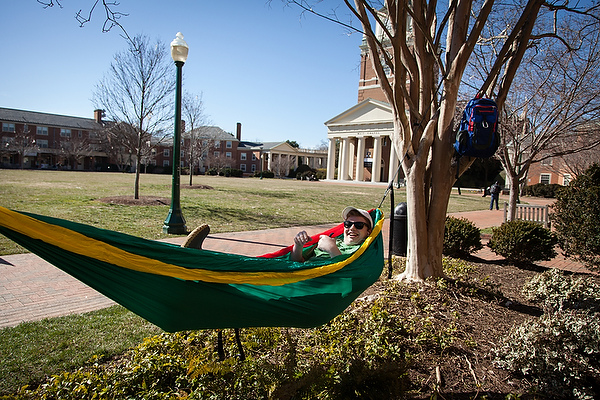 Usually good. Oh, sure, there’s the occasional snow or ice in winter (snowball fight on the Quad!), and the humid dog

days of summer leave us panting. But for much of the academic year Mother Nature smiles on Wake Forest with mild temperatures, bright blue skies and fluffy white clouds. We love our flip-flops and shorts, August through May.

A TRAILBLAZER FOR DIVERSITY

Ed Reynolds (’64), a student from Ghana, became the first black person to attend Wake Forest in 1962 and went on to become an honored professor emeritus of history at the University of California, San Diego.

Oh, doughnut delight, so melt-in-mouth sweet; the time’s always right for Winston’s signature treat. Krispy Kremes — the official guilty pleasure of Deacons everywhere. Bet you can’t eat just one. Especially at one in the morning.

Orange, red and yellow mosaics in the trees. Sounds of the marching band echoing from Davis Field. Leaves crunching under our feet. A cup of hot coffee in our hands, a black and gold scarf around our necks. The spire of Wait Chapel, majestic against an azure blue sky. Project Pumpkin. Quad-rolling. The season for returning home to Mother, so dear.

The three-story Vienna mansion feels like a five-star hotel to Wake Forest students. The University bought this former U.S. consulate in 1998 thanks to a donation from Victor (’52) and Roddy Flow (P ’83) of Winston-Salem. A fun bonus: the large attic has walls covered with the names of study-abroad students. Flow House’s proximity to central Vienna also makes for an easy trip to find quality wiener schnitzel, a must-have delicacy to accompany scholarly pursuits.

Poet, author, Reynolds Professor of American Studies and 2011 recipient of the Presidential Medal of Freedom, the highest civilian award of the U.S. government.

“If we look at how the ancient Romans used humanitas, they never use it for ‘humanity’ as a collective. Often it means ‘kindness:’ the ability to show kindness is what defines us.”
— James Powell, Professor of Classical Languages

Corn dogs, Q and Snickers shakes;
How many midnight runs did you make?

Alumni of a certain age remember throwing tangerines onto the Groves Stadium grass (it was real grass back then) to celebrate a bid to the Tangerine Bowl in 1979, breaking a postseason drought dating back to the 1949 Dixie Bowl. The comeback over Auburn on Oct. 27, 1979 — the Deacs scored 22 unanswered points in the second half to win 42-38 — is regarded by many as the greatest football game in Wake Forest history.

Fans have since enjoyed many more bowls, from Charlotte to Hawaii. But nothing tops the 2007 Orange Bowl — following the improbable run to the 2006 ACC Championship — and the largest alumni gathering of Demon Deacons outside BB&T Field.

Black, gold and green! At Wake Forest preparation for the future includes taking action to respect and protect the environment. From a community garden, Zipcars and reusable take-out plates to peer education, waste reduction and recycling (just to name a few), the Office of Sustainability helps students, faculty and staff develop strategic initiatives for integrating sustainability into teaching, research, public service and campus operations.

Look up. You can’t miss it in the lobby of the James Ralph Scales Fine Arts Center.

The pine and oak sculpture by James Surls, the sculptor Garden and Gun described last year as a “force of nature,” hovers like a guardian angel over theatregoers and students studying on orange ottomans. In 1984 The New York Times praised Surls for working with whole trees, branches and twigs “to make dryadic presences infused with a forest spirit.” The forest of Wake, perhaps?

Whether studying on a clear day or eating lunch with friends, students (and faculty, for that matter) know the Mag Patio offers an unparalleled view of the south side of campus and the glorious magnolia trees. It’s also the perfect place to spy on a pick-up football game or a Frisbee match. Here’s where spring fever begins.

101 Things We Love About Wake Forest

Thanks also to contributors Katie Mahone (’13), Clare Rizer (’13) and those of you who answered our call for ideas on Facebook.

Did we leave out one of your favorites?