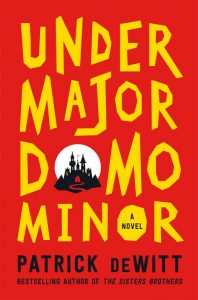 “Undermajordomo Minor” (2015), by Patrick deWitt, is a wildly inventive and completely unclassifiable novel by one of America’s most consistently surprising writers. Set in a mythical time and place, it tells the story of Lucien, an innocent peasant boy who takes a job as a lowly servant in the castle of the mysterious Baron von Aux. There, he finds himself embroiled in a tale of thievery, skullduggery and lost love that is equal paths hilarious and terrifying. Funny, sad, strange and compelling, deWitt’s novel mixes elements of Kafka, Cervantes, Woody Allen and the Brothers Grimm, yet possesses a voice and vision that are very much its own. DeWitt is also the author of one of the great drinking novels, “Ablutions” (2009), and the revisionist western “The Sisters Brothers” (2011), which was made into a vastly underrated film starring John C. Reilly, Joaquin Phoenix and Jake Gyllenhaal.

Stephen Amidon is a novelist, film critic and screenwriter. He is the author of seven novels, including “The Real Justine” (2015), “Security”(2009) and “Human Capital” (2004). He is also the author of a collection of short stories and two nonfiction books, including “The Sublime Engine: A Biography of the Human Heart” (2011), co-written with his brother, Tom, a cardiologist. 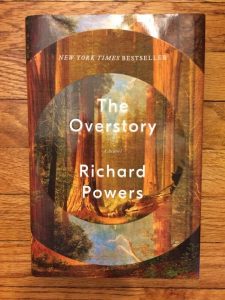 Because the best books change the way we view the world, no reading experience in recent months can match “The Overstory” (2018). The human cast of Richard Powers’ Pulitzer Prize-winning novel is special enough, but the trees? They haunt and inspire me still. I never knew trees communicate and send warning signals to one another through their root systems. Imagine the heartbreaking conversations on the Quad long years ago when Wake Forest’s magnificent Dutch elms realized they would never again provide the shade for a graduation ceremony. 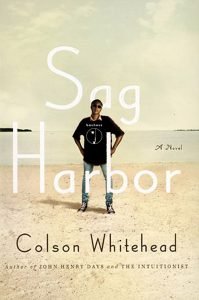 Yet I must also commend “Sag Harbor” (2009), Colson Whitehead’s novel of black Manhattan prep students and their summers on the shores of Long Island. The stories are not as painful as those in the books that have made Whitehead famous, but “Sag Harbor” reminds us he can write about anything, and just about everything, with passion and wit.

Steve Duin is a longtime columnist at The Oregonian in Portland and a former political and investigative reporter. He is the author of several books, including “The Less We Touch” (2015) and two graphic novels (with New Yorker cartoonist Shannon Wheeler), “The Mueller Report: Graphic Novel” (2020) and “Oil and Water” (2011), about the aftermath of the Deepwater Horizon oil spill. 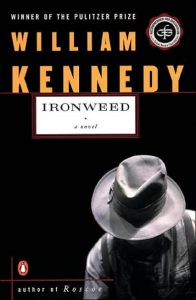 The book I’ve been recommending for many years is William Kennedy’s “Ironweed” (1983), which received the Pulitzer Prize in 1984. It’s the third book in Kennedy’s Albany cycle, but one needn’t read the other two to appreciate this one. In terms of style, the book runs the gamut from lyrical poeticism to grubby realism to Faulknerian complexity. The story focuses on the return of an alcoholic bum to his hometown of Albany, New York, in the 1930s, decades after having fled in shame for accidentally killing his newborn son. Sounds dark, but the book is hugely uplifting, offering deep insights into the resilience of the human spirit. The novel, at its core, is about love and redemption — as well as forgiveness. The first read moved me to tears. The dialogue is sparse but brilliant, and the characters are worth rooting for. It’s a true masterpiece of the previous century. Oh, and there are ghosts. 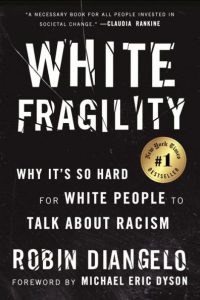 If you are white and read only one book this year, it should be “White Fragility: Why It’s So Hard for White People to Talk About Racism” (2018) by Robin DiAngelo. In a year rocked by two pandemics — the novel coronavirus and age-old racism — DiAngelo, a white diversity trainer and consultant, explains the profound complicity of whites in the centuries-old American system of racism. “I’m not a racist,” you say? Well, if you’re white, DiAngelo explains why you are a racist, what it means and what you can actually do about it. The premise of the book is that, as whites, we live in a social construct of systemic racism, and we benefit greatly from it, whether we want to admit it or not. If you’re truly interested in racial justice and equality, the place to start is with yourself by first acknowledging your whiteness and then digging in to understand how you help perpetuate an unfair system, no matter how good your intentions are. It’s a short read — and a difficult one — and the reflections it prompts may just hold the key to a better future for us all.

Mike Riley is president and editor in chief of The Chronicle of Higher Education Inc., which publishes the namesake higher education newspaper and website along with the magazine and website of The Chronicle of Philanthropy. He is a former editorial director of Washington-based Bloomberg Government, correspondent and bureau chief for Time magazine and editor of The Roanoke Times. 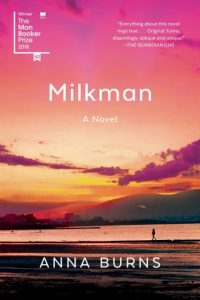 Anna Burns’ “Milkman” (2018) answers a question posed to me last fall (pre-COVID) by a student: “What can a great novel do for us in times of crisis?” “Milkman” (winner of the Man Booker Prize) responds in spades, in part because it is about a time of crisis. An unnamed teenager in a Northern Irish city gives her account of daily life amid “the Troubles” in the 1970s, when religious, class and gender differences made life a landmine (sometimes literally) and loyalty a frailty, when different street addresses denoted different worlds of belief and violence. The first-person account is not just harrowing and revealing of its time: it is also, intentionally and marvelously, very funny. I put down “Milkman” (forecast: there are two, very different milkmen in the book) deeply provoked and highly entertained. 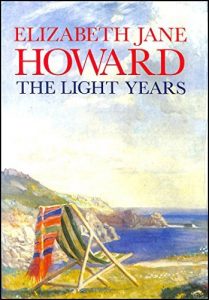 A different sort of greatness rests in many of the works of the late British novelist Elizabeth Jane Howard, whose extensive writings portray so honestly the angst and solace of middle- and upper middle-class England in the mid- to late 20th century. Her novels are always clear-eyed, mature, sensibly dramatic and profound. Among the most poignant and winning are the five volumes comprising the Cazalet family saga, beginning with “The Light Years” (1988). Over five successive novels the reader lives with several generations of Cazalets through and after World War II, in and out of children’s games and adult affairs and business failures and the consequences of war. Especially endearing and enduring: the female cousins whom we follow over nearly two decades into maturity, struggle and some sort of happiness. Such writing may be too serious to be labeled “beach reading” but certainly can obsess a person otherwise looking for an appropriately socially distanced summer tan.

Tom Phillips helped start the Wake Forest Writers Hall of Fame and Words Awake!, a periodic gathering of Wake Forest authors, writers, poets and journalists. He is retiring as associate dean and director of the Wake Forest Scholars program June 30.