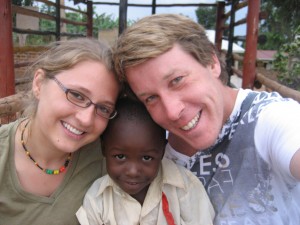 Katherine Wycisk (’12) and Aid4Uganda co-director Shane Falconer with a child from a Ugandan orphanage.

Katherine Wycisk (’12) is volunteer co-director of Aid4Uganda, a nonprofit in Melbourne, Australia, that supports orphanages in Uganda. “It’s the only kind of work I could ever imagine doing, and it is the most incredible job in the world,” she says. All of the money raised by Aid4Uganda goes directly to care for children. She is currently raising funds to more than double the size of an orphanage just outside the capital city of Kampala to house 100 children.

Why are you so passionate about this cause?

I wish I knew! I just know that my purpose in this world is to try and make it a little better – cleaner, happier, less hungry – than I found it. I do not have any grand illusions about changing the world, because no one person could ever do that. Rather, I believe in joining the ranks of those idealistic people who keep fighting to make a vision of a better future reality, because I am sure that if enough people do join them, sooner or later, the world will become a better place.

Articles on other recent alumni

When did your interest in Africa begin?

It actually dates back to high school; that was when I learned about the insurgency raging in northern Uganda and started getting interested in the country’s – and the region’s – politics and culture. As my interest grew, I began reading East African newspapers and started getting involved with organizations such as Gulu Walk and the Enough Project that worked for peace and development in East Africa.

How did you pursue that interest at Wake?

I majored in political science, with an unofficial focus on African Studies and international development. I wrote every research paper I could on Uganda and the surrounding region, and I started thinking about traveling to the area. I finally got my chance in the summer before my senior year, when I used funding from the Richter Scholarship to spend two months in Uganda, splitting my time between volunteering in the capital city district and doing research in the northern city of Gulu.

The trip was absolutely incredible; I got to talk American foreign policy with people actually affected by it. I got to play with kids, travel the country, and do field research. I got to try my hand at cooking Ugandan dishes, sleep in an orphanage, and tour NGOs working to rehabilitate the northern region. I came home not only with an enhanced understanding of Uganda and the East African region, but with a career.

What professors inspired you while you were at Wake Forest? 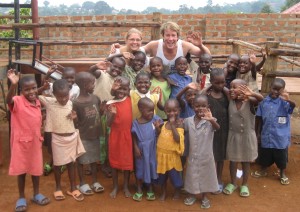 Katherine Wycisk and Shane Fulcmar with children at an orphanage in Uganda.

Dr. Thomas Phillips (’74, MA ’78) was my single greatest inspiration; he pushed me to travel, to research and to experience as much of life as I could. He helped me craft summer research projects, encouraged me to take classes I never would have considered for myself, and got me reading some of the most interesting books I have ever encountered. His mentorship helped me grow enormously as a person and a scholar, and it helped me figure out what I wanted from my life and my career.

How did you become involved with Aid4Uganda?

While I was in Uganda (through the Richter Scholarship), I met Shane Falconer, who was building an orphanage in a small suburb outside the capital city of Kampala. Shane was interested in expanding his work and creating a small charity focused on supporting orphanages throughout the country. It was an inspiring idea, and one that intrigued me. I could see that investing in children was the way to put the country’s people on the road to prosperity. Shane and I joined forces and established Aid4Uganda.

I know you worked for a year before you graduated with another Wake Forest graduate, the Rev. Taylor Field (’76), pastor of Graffiti Church in New York City. How did that experience affect you? 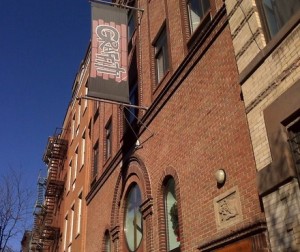 Graffiti was a wonderful experience because it showed me how powerfully beneficial grassroots charity work can be. Graffiti works primarily with the underprivileged population of Manhattan’s Lower East Side, providing services such as GED classes, a clothing closet for job interview attire, computer classes and a soup kitchen. Being involved in such an on-the-ground organization helped me see how investing in individuals and meeting them where they’re at is the best way to influence and develop a community.